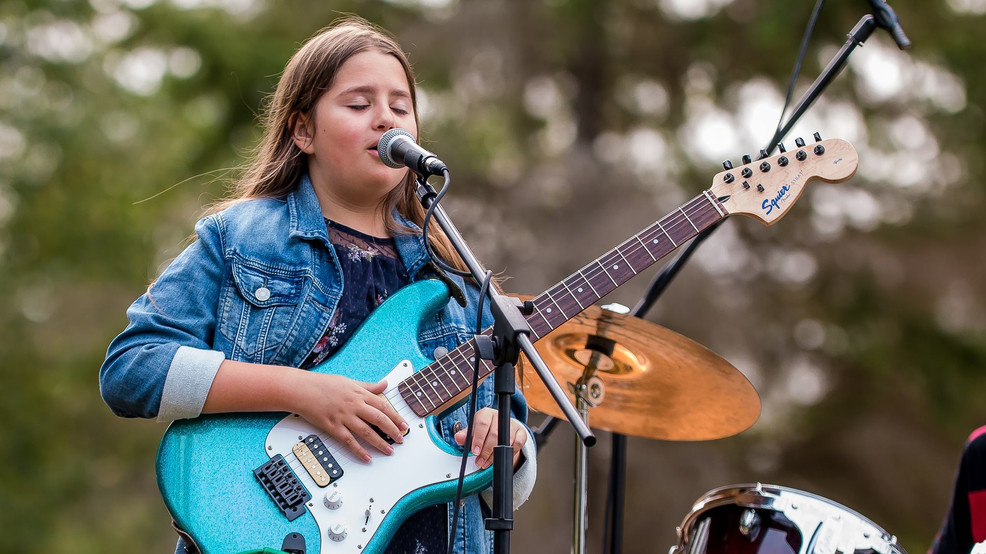 Meet Dace Anderson and Arielle Young, who together run Dace's Rock 'n' More Music Academy, which lies in the heart of the Maple Valley cultural district.

They founded the non-profit music academy back in 2005. Since then they've taught thousands of students, from the young - to the young at heart.

"We do lessons and private lessons for kids as old as six and as old as a million. We have lots of kids as well as adults, and we also do band classes as well."

Anderson says you don't have to be a music genius - in fact - anyone can learn to be a rock n' roller.

"We’re going to make it the easiest as possible for you to have as fun as possible to play music! So, if everyone is having fun and feels successful it’s gonna make them want to come back."

While they're welcoming of all, the main focus over the years has been kids, and parents just love it.

"They’re just stoked to have their kid able to play 'Iron Man.' In non-pandemic times we teach at about 12 different schools throughout King County. Pretty much every week we go out to different community centers, city halls, libraries we were going to."

And don't worry - they come ready and outfitted.

"We’ve got guitars donated to use by Fender and the Hendrix family. We take them to the schools, teach kids how to play guitar and these kids haven’t even had the chance to hold a guitar - seeing these kids eyes light up."

They don't just teach students to rock out, they put them in bands and even teach them how to perform on stage.

"This is the 1st time any of them have been in a band, so they learn about teamwork," said Young.

"They get a t-shirt with the name of their band on it," added Anderson. "So, it’s really exciting. That’s something I can’t wait to come back."

And the audiences are no joke, it's a real rock show. Crowds can be as large as 400 people!

"Usually after that first performance they’re usually all really confident," said Young. "Yeah, then it’s like 'I gotta do this again. Come on!'" said Anderson.

Due to COVID, Rock 'n' More moved to online classes, but the future is bright for the Academy. They're even expanding! But Anderson and Young can't wait to get back with their students IN PERSON. It will be music to their ears.

"I just love how all the creativity throughout the years here are on display," said Anderson. "This isn’t manufactured, this is real experience, and it makes me feel good all the time."