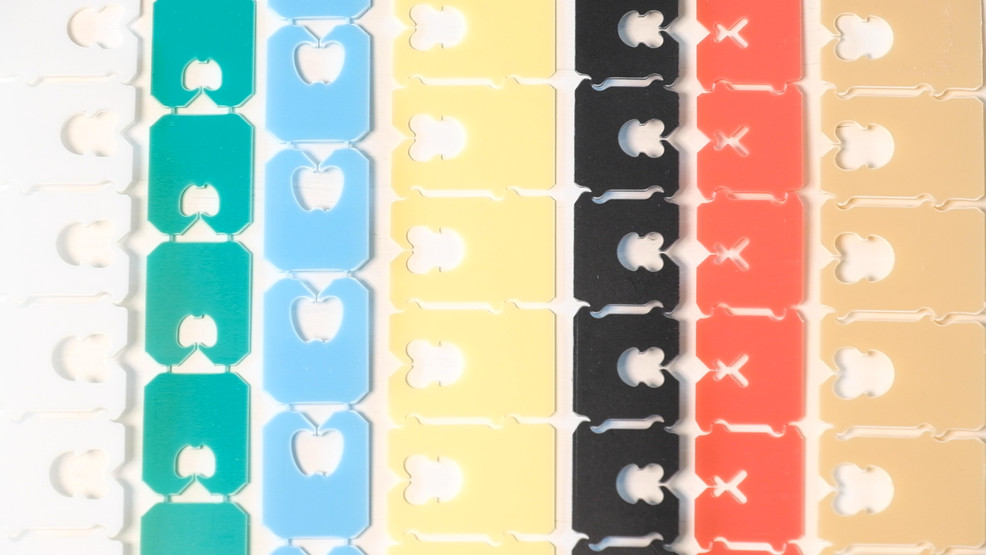 Those plastic bag-closer doodads you see everywhere? They're made in WA

You know it. The little, plastic, bag-closer doo-dads found on every bag of bread, bagels, muffins, fruit, vegetables, potatoes - you name it.

It's actually got a name - "Kwik Lok", and it wasn't just made in Washington, it was invented here too.

The ubiquitous square plastic widget was invented and is still made right here in Washington by the Kwik Lok Corporation.

Stephanie Jackson and her sisters run Kwik Lok Corporation, a company founded by their grandfather and located deep in apple country, which is no accident.

“Our grandfather Floyd Paxton back in the 1950’s was working with the Washington State Apple industry," said Jackson. "At that time apples were being distributed in wooden boxes, and they said, 'we’re moving to plastic bags we need a way to close them so the food can be safe and secure. So do you have ideas?'

Family myth is that Paxton was riding home on a plane when he made the first prototype out of this credit card.

Today, Kwik Loks are used and produced around the world. Keeping food fresh and in the bag where it belongs.