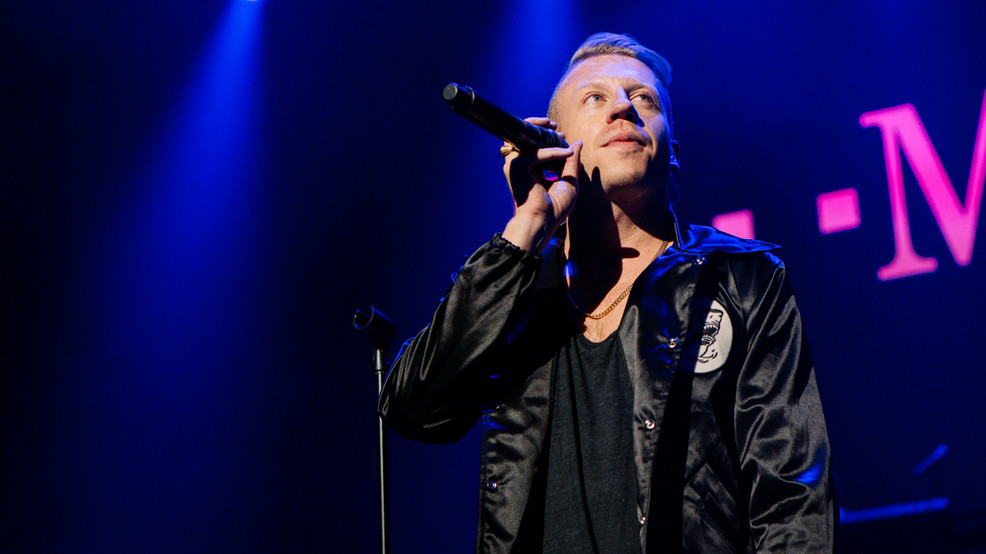 Seattle favorite Macklemore is on the lineup for the Save Our Stages Festival, happening on YouTube Oct. 16-18. (Image: Seattle Refined)
SEE MORE

Macklemore, Foo Fighters, Dave Matthews on lineup for virtual Save Our Stages Festival

Macklemore is joining the Foo Fighters, Dave Matthews, Miley Cyrus, FINNEAS, Kelsea Ballerini and dozens more for the Save Our Stages Festival, happening on YouTube Friday to Sunday, Oct. 16-18.

YouTube Music and the National Independent Venue Association (NIVA) announced the lineup Thursday (Oct. 8). #SOSFEST, hosted by comedian and musician Reggie Watts, aims to raise money to save and support independent concert venues around the country.

The three-day event will feature performances by 35 artists at 25 venues, including Macklemore at Neumos on Capitol Hill. Other notable Seattle-related performances include the Foo Fighters at the Troubadour in Los Angeles and Dave Matthews at the Jefferson Theater in Charlottesville.

"Our nation's most-loved venues are fighting to hold on because they've had no revenue since they've been shuttered by the pandemic in March," said Stephen Sternschein, NIVA's board treasurer and executive producer of #SOSFEST. "It's been brutal to watch as scores of them go under through no fault of their own."

The festival will be live-streamed on NIVA's YouTube channel, with segments airing on the artist's individual channels simultaneously. Save Our Stages Festival will showcase all-original performances, including Dillon Francis at the Teragram Ballroom in Los Angeles, G-Eazy at The Independent in San Francisco, The Lumineers at the Boulder Theater in Colorado and Portugal. The Man at the Crystal Ballroom in Portland.

#SOSFEST hopes to raise awareness and funds for the NIVA Emergency Relief Fund, which provides support and relief to at-risk venues. Attendees of the festival can donate directly to the relief fund through NIVA's YouTube channel.

Stay up-to-date with information and event details at www.saveourstages.com.