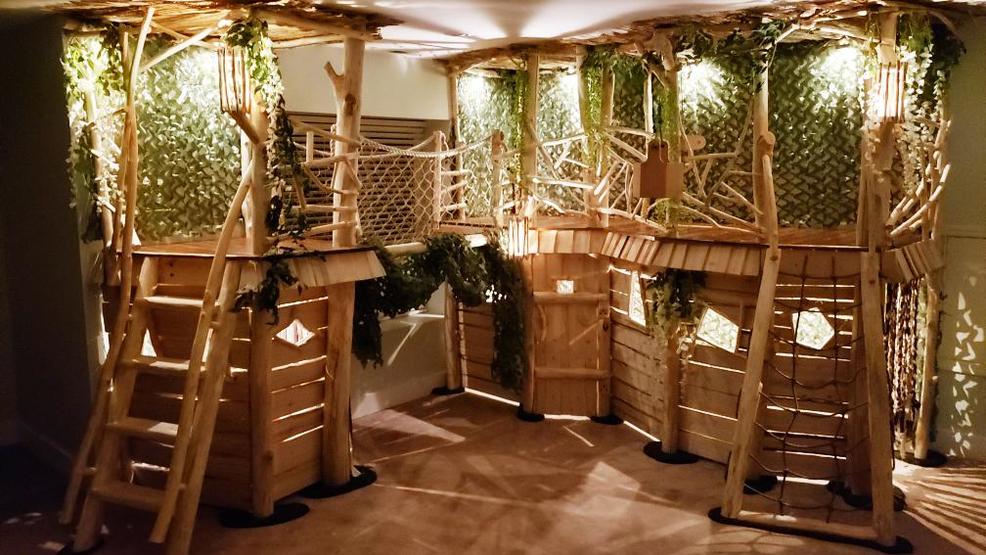 Jared Geddes is a Mechanical Engineer for Boeing by day and a woodworker by night.

As a father of four little boys, ranging in ages from ten months to eight years old, building his kids a tree house was a no-brainer. But this isn't your typical treehouse...

The family of six lives in Maple Valley, and after trees were removed from their neighbor's yard for a project, Geddes got to work to create the most epic treehouse we've ever seen. It took eight months to build because of his 9 to 5, but the evenings were filled with power tools and labor from his kiddos to assemble this masterpiece. During the build, Geddes set up a timelapse camera to film the progress and it caught the attention of some people in high places...

After the treehouse video was posted on YouTube, it started wracking up the views on Facebook and guess who reached out? The one and only, Kelly Clarkson, asking him to be a feature on her television show, which airs right here on KOMO 4 weekdays at 2! It's not surprising though, ya'll, this treehouse is insane.

The treehouse features, designs and ideas that their kids came up with include a draw bridge, a rope ladder, a bucket pulley, various hideouts and trap door to catch all the bad guys. Anyone else wish they were kids again, looking at this? Think about all the fun games of cops and robbers they could play!

And it gets better. Geddes compiled music playlists from movies on their smart speakers so they can have background music and they're dressed in costume and pretending to be cowboys, cops or astronauts. But adults can play too! The treehouse is strong enough to hold us heavier adult folks. CAN I COME OVER?

The project has been all about developing creativity and imagination for the kids as well as having a fun activity to bond parent and child! Be sure to tune in today to the Kelly Clarkson show on KOMO 4 to see Geddes and learn more about his amazing indoor treehouse, and we have the segment embedded in this post as well. Enjoy, kids!