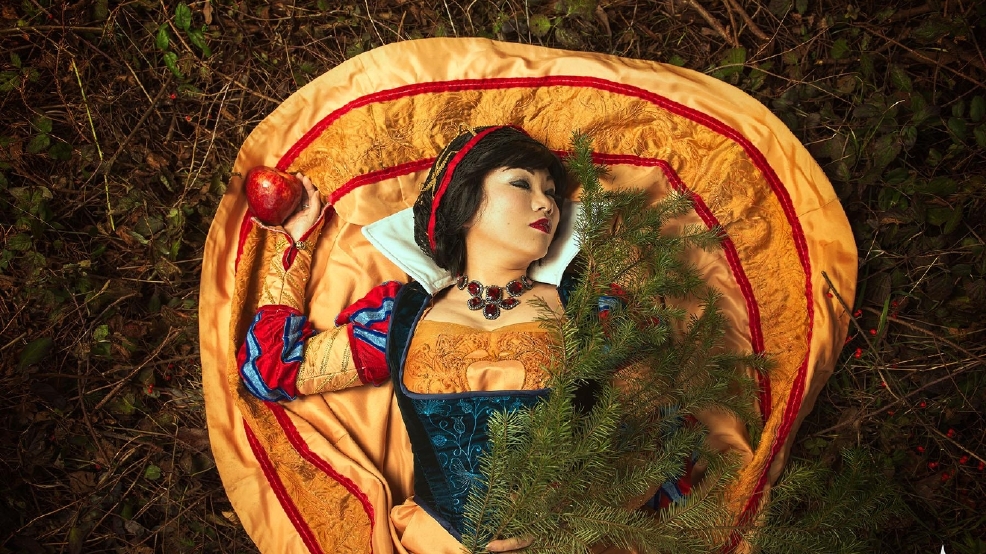 If you're in the market for a magic wand, a superhero cape or a wizarding robe, this is your lucky week! The 15th Annual Emerald City Comicon officially opens tomorrow, Thursday, March 2, and it's going to be huuuuuge. (Image: Seattle Cosplay)
SEE MORE

This Local Fashion Design Turned Cosplayer is ALL OVER Comicon

If you're in the market for a magic wand, a superhero cape or a wizarding robe, this is your lucky week! The 15th Annual Emerald City Comicon officially opens tomorrow, Thursday, March 2, and it's going to be huge.

Now if you don't know anything about ECCC, it's a big deal. Thousands of folks, many in elaborate outfits, come from far and wide every year to get their nerd on. From Star Trek to the Walking Dead to super heroes... ECCC celebrates every aspect of geek pop culture. And while you don't have to have a costume to attend, we'd recommend it. And that's where Anna He comes in. She owns Seattle Cosplay and says once she started sewing at the age of 14, she never looked back.

"I would say I started making patterns in high school," said He. "I have always been in the fashion industry since graduating from college. I started to look into a lot more costumey stuff and the whole Cosplay scene exploded across my horizon."

Anna sells her creative cosplay on Etsy, but this year, she's especially looking forward to seeing her designs on fellow cosplayers at ECCC.

"So this the first big Con that I go to that people might be potentially wearing my designs. I really want that to happen. It will be really exciting when it does."

It could definitely happen, because this year, Anna's designs are available online for everyone to try.

"I definitely like to share techniques of how I make something. I think that's how I grow as a person, as well as the community grows as a whole. When I find the right way of doing something or a better way of doing something, I'll always share it on my fan page or just with people I know who is interested in making the same costume."

Anna took us through some of her favorite designs, including her very first costume, which took more than 600 hours to complete. (Check them out in the video above)

"This is the outfit she wore at the end of the Force Awakens. This one is a pretty simple one. I think it will take about 50-60 hours. I still have to work on the pants, she has a wrap top underneath, as well as a back pack. So I need to make that great. Another reason I wanted to make this Cosplay is because Emerald City is going to have a meetup for the Star Wars fans to honor Carrie Fisher."