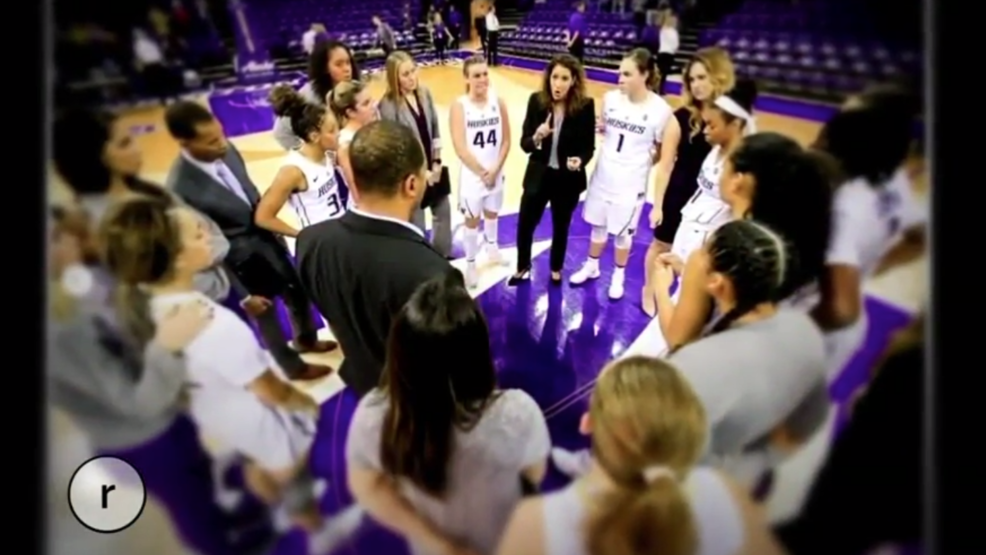 When it comes to being a champion University of Washington Women's Basketball coach Jody Wynn knows what happens off the court is just as important as what happens on it.&nbsp;
SEE MORE

Ladies Who Lead: For Coach Jody Wynn, basketball is a family affair

In honor of the So Northwest Women's Show at the end of February 2018, we're highlighting a couple women in our community who are making a big impact. If you want to join us at the Show, buy tickets online now!

When it comes to being a champion University of Washington Women's Basketball coach Jody Wynn knows what happens off the court is just as important as what happens on it.

You see, for Wynn - basketball is truly a family affair. She's the real deal: strong, energetic, positive in every aspect of her life.

"I wanted to get back to a game that gave me so much," said Wynn. "[I] figured that if I could be a role model to young women, if I could open up doors to their future, if I could teach them life lessons along the way, be around a great game - but it gave me a career, a college education, family a life - I want to do that for other young women."

Jody Wynn, the new University of Washington's Women's Basketball coach is respected by all - it's how she's wired. It started years ago in southern California as a little girl, after starring for USC she quickly got into coaching; an assistant at Pepperdine and later for her alma mater the Trojans.

This rocketed Wynn to her first head coaching job at Long Beach State - it's there she earned her chops, taking the 49ers to a rare NCAA tournament appearance. Today her life is a juggling act, just the way she wants it.

"Each day we take it day by day and don't look ahead," she said. "I am a mom and a wife and I have 15 student athletes that need me every single day and that look up to us. We just take it day by day and try to be the best people we can. For me, I wanna be a role model to them on and off the basketball court and have an open door policy. Whether I'm in my office or here at the house, to be able to know that they can come to me for anything."

Today she's the top dawg at the UW, taking over a program this season that lost key players and a successful coach - a challenge that's right up her alley. But when you meet Wynn, he life isn't all basketball. Her favorite starting lineup? Her daughters Jada (12) and Kaeli (10), and her husband Derek - who is also her assistant on the Husky bench.

"I love her for being a great mom, great wife," he said. "Everything she does she puts everything into it - we never feel short-changed."

"It just makes me and Kaeli feel really good about ourselves that she tries to put us first even though sometimes work, last minute things [happen]," said Jada. "She tries her hardest to put us first and that means a lot to us." Kaeli agrees.

"She always tries her hardest to be there for us," she said. "And she puts a smile on everybody's face."

She still regularly gets letters and correspondence from a former player, succeeding in life. And no wonder! Coach Wynn changes lives, she's a winner - not only in victories but how she molds people around her to be solid citizens.

"I love Jody's family approach," said Jen Cohen. "I knew in her heart...she cares deeply about the women in her program, that she was gonna help them get better and better as human beings, better as citizens to our community - that is our expectation, that is our responsibility back to this community, that's how I feel. That's how everybody at work here feels. Her commitment and development of people."

Coach Wynn's work ethic is nonstop, from the film room to the court and back - it's what inspires her players. Junior Hannah Johnson had the opportunity to transfer, but after going one-on-one with Wynn, staying at the UW was a slam dunk decision.

Coach Jody Wynn, a woman on top of the world - we can all look up to.

"I just feel like it's - I owe the game everything I can, because the game gave me so much," she said. "Education, career and it's taken me all over the world. I feel I always get back to that. I work my butt off just to make sure that these young women have the same opportunities I had."