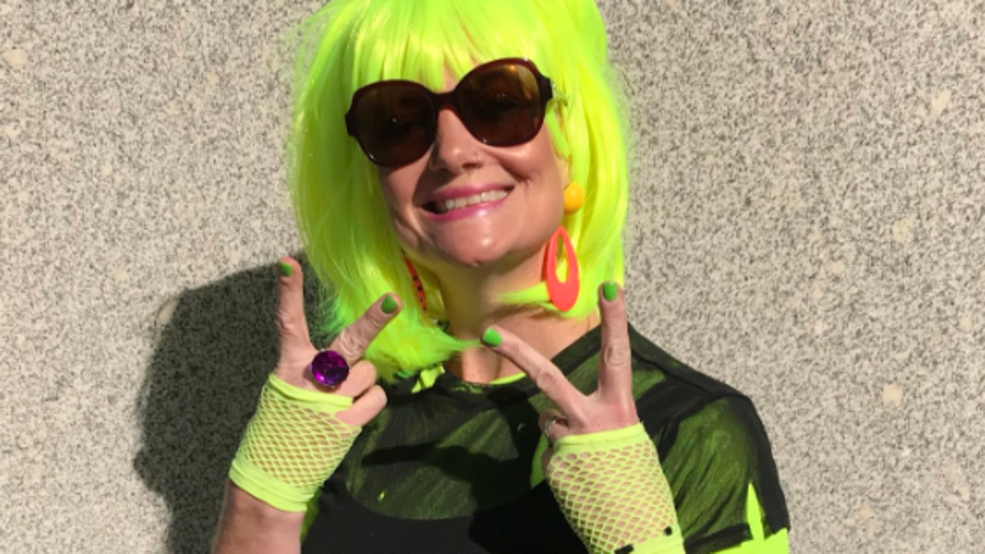 It happened back in July, after she had just climbed Mt. Rainier for the Climb to Fight Cancer to benefit the Fred Hutchinson Cancer Research Center, not knowing at the time she had cancer herself.

She was climbing for her sister, who battled non-Hodgkin Lymphoma for eight years and is now in remission.

Ten days after the climb, Rockinger was diagnosed with breast cancer.

"I had suspected something was up prior to my climb and went to have it looked at," she said. "After the climb they determined I had breast cancer."

Rockinger said after her diagnosis, her life completely changed.

"It's surreal...even three months later I feel like we are talking about someone else," she said.

Anyone who knows Rockinger knows you can spot her vibrant red hair from across the room.

After Rockinger started chemotherapy, she decided to shave her head.

Losing her hair, she said, was very emotional.

"My identity for so long was wrapped in this head full of red, curly hair that I've had since I was born," Rockinger said. "The thought of losing it was something I really had to grapple with, it took some processing."

At the end of September, Rockinger got a realistic wig similar to her old hair and wore it to work. The next day, she said she wore a wig her friend had given to her.

That was when Rockinger decided that wearing the wig made her look like someone else, and she decided to make a character out of it.

She then had the idea to wear a different wig for every day of the month of October, which also happens to be Breast Cancer Awareness Month.

Rockinger went above and beyond. Not only did she change her hairdo, but she dressed up as new characters each day as well.

(Click through our photo gallery to see all the photos)

"It's been a lot of fun for me and a great distraction," she said.

Rockinger said that although humor is helping her cope, she wants people to know that everyone takes a different journey when it comes to dealing with cancer.

"Just because I'm handling this with humor...somebody else might not be handling it that way, and that's okay too," she said.

Rockinger said her husband and kids have been extremely supportive since her diagnosis.

"My husband has been the most amazing rock I could've asked for, he's been by my side since the moment I got my diagnosis."

Rockinger said she still has a long way to go, but is hoping that one year from her diagnosis, she will be totally cleared and ready to climb a mountain and ride her motorcycle again.

You can follow her breast cancer journey on her blog here.