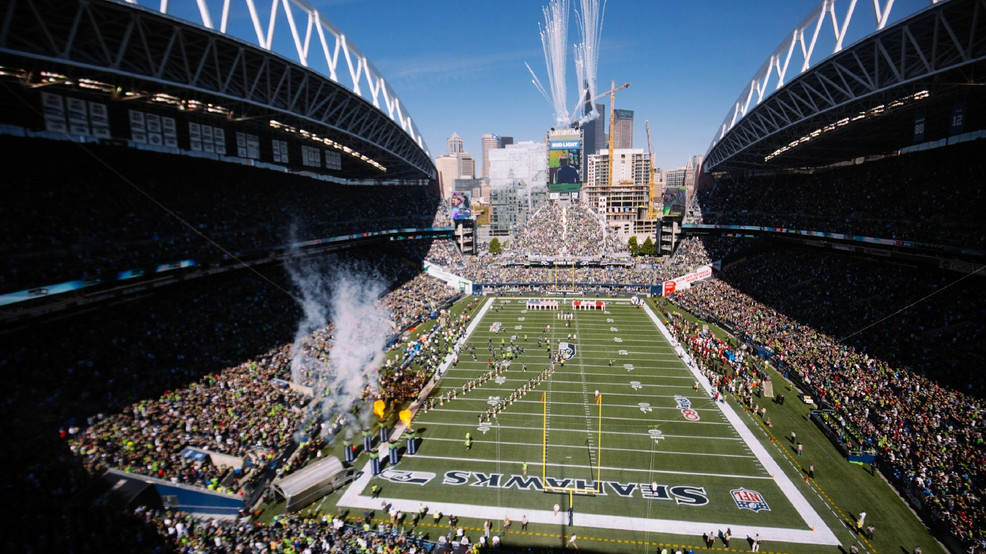 Since entering the NFL in 2011, as a 4th round draft pick out of Mississippi State, K.J. Wright has starting 124 games, all with the Seahawks. He's got a Super Bowl ring, was a Pro Bowl selection and now he's preparing for his 10th NFL season, though this offseason is a little different than usual.

Seattle Refined: How has it been preparing for the season in the midst of a quarantine? Is it difficult to get yourself physically ready to-go without the benefit of OTA's, the [Seahawks] facility, all of that?
K.J. Wright: Yeah, I would say it's definitely been different. Right now, I'm training on my deck. Usually I go workout at my facility or workout with the Seahawks. Now I'm on my deck. I've got my kettlebells, got my jumprope. So, it's definitely different, but you know we've just got to do the best we can to prepare for the season.

So you're just like everybody else? You've got the home gym set up?
Yeah, yeah. Thankfully the Seahawks sent us a really good package. They sent us medicine balls, physio balls, bands. So it's a pretty legit gym I've got set up on my deck, so I can't complain.

Well, I'm glad to hear it. We saw you guys are having Zoom meetings, which I'm sure is a little different. We saw Will Ferrell crash one playing Greg Olson. Has Coach Carroll done anything else to keep you on your toes and surprise you?
I knew Coach Carroll would get real creative with this whole Zoom thing. I'm like, if anyone is going to get creative, it'll be Pete. So yeah. you saw Will Ferrell popped in. We're still having our rookie talent shows, so just because we're not in person, rookies you've still got to do your thing, get up and perform. So it' been really cool, really creative.

Have any of the rookies had a really A1 talent? Somebody who really surprised you?
They're all bad. They're all bad. Per usual. They get up, can't dance, can't sing, can't freestyle, so they're all the same.

Okay, the question on everyone's minds, do you think the NFL will be playing football this fall?
I'm going to say yes. We're preparing like it. We're having these meetings, we're training. I believe come September there will be football. We're not sure what the fan situation will be. Hopefully there will be fans in there. Just keep them super spaced out. [The stadium] may have to be 25% filled, 20% filled, but there's got to be somebody booing or cheering us on. There's got to be.

Obviously you've never really dealt with that before, but as you think through the game, how does it change without fans there? Especially at home, there's obviously such an advantage to having the loudest crowd in the NFL.
Fans, they're just a part of the culture. Before every game I look into the stands and see how full it is, or if it's an away game how empty it is. It's cool to see the fans in the stands, so hopefully we can figure it out.

Without fans is the one benefit you and Bobby [Wagner] can make checks easier and actually hear yourselves think a little bit?
We would be able to communicate way more and it would be easier. But, you know they're talking about pumping noise into the crowd like the Rams used to do when they were in St. Louis. So it could get difficult when we're on the road. We've got to see how loud the noise will be pumped up in the stands.

You and Bobby seem like you're so in sync on the field. You've played together forever. Do you guys have that same friendship off the field?
No doubt. Bobby stopped by the house earlier this week. My daughter had a drive-by birthday party, so Bobby stopped by and showed some love. He's been my guy for going on nine years now. Whenever I need relationship advice, dad advice, life advice, I hit up Bobby. It's like 'Man I need some help'. He's always been there for me. He gives pretty good advice as well.

You mentioned it, your daughter had a drive-by birthday party. Those kind of events have become so much a part of life for a lot of folks during this time. What is quarantine life like at the Wright house?
We have an 11-year-old, we have a 3-year-old and we have a 9-month-old. So, you can imagine, we have our moments in the Wright household, but overall it's pretty good. We have a nice structure, a nice routine going on. So, we're figuring things out. Me and my wife are tag teaming it. It's pretty fun.

We got to see a little bit of your house because you and your family were featured on a recent episode of "House Hunters". I think a lot of people know you on the field. Was it fun to show off your family and show off the KJ Wright who is worried about having heated floors and a man cave?
Yeah, it was definitely a cool experience. "House Hunters" is my go-to show on HGTV. I love watching. I love guessing which house they're going to pick. So, I just reached out to them. I was like 'I would love to be on the show' and they made it happen. My friend was our real estate agent, so he had some time on TV as well. It was pretty good. We had a great time.

That's interesting. You reached out to them. I didn't know how that worked.
Yeah, I was in the midst of buying a house. I asked somebody to reach out to them and say 'Hey can I be on the show?' They said 'Yes, let's do it'. So, it was just perfect. I still don't have my heated floors, nor my heated toilet seat. I could've sworn somebody was going to give it to me for Christmas. Like okay, someone is going to give me at least a heated toilet seat for Christmas, but it didn't happen.

So, you made an appearance on "House Hunters" and you're going to make an appearance on "Celebrity Family Feud". Give me the behind the scenes scoop.
It was fun. First of all, obviously Steve Harvey is just hilarious. The guy is cracking jokes on everybody. Nobody is safe around Steve. It was just cool, during the commercial break he would interact with the crowd. After the show, we talked about life. So, Steve was phenomenal. I met some [NFL] legends, Torry Holt, Hines Ward. Guys I've looked up to my whole life, so it was an overall great experience.

Was it difficult to come up with answers? Because when you're playing at home [everyone feels like] I am the best at this.
That's the thing. You come up with you answer in your head and then the dude [next to you] takes your answer, so you've got to think of something really quick on the fly. [Pittsburgh Steelers cornerback] Joe Haden was beside me and he was like 'What do you think? What do you think?' So, I had to share answer with him. It was a little challenging, but overall we had fun.

I want to switch gears and touch on the off-field work that you do, because obviously you were the Seahawks 2018 Walter Payton Man of the Year nominee. You've traveled to Kenya to help at schools and build freshwater wells. But, there are also small personal gestures. Recently, we saw you helped a Mississippi State student get an internship with the NFLPA. Why is it so important for you to give back in ways both small and large?
I believe that's our duty as people. Our duty as people is to serve others and lend a helping hand. That's just something I've been taught since I was a little kid. My grandma took us to do charity events at nursing homes and hospitals. So, it just makes me feel good to know I'm in a position to help other people as well. It's in my character, it's in my DNA. It's just what I do.

Finally, you're entering your 10th season in the NFL. You've said before you want to play 10 [years] and then you're going to evaluate. Obviously there's a lot of season ahead, but have you thought about what the future holds?
Oh no doubt. I've been thinking about the future since my 5th year in the league because you never know when your career might end. So, I'm a man of many talents. Obviously, I love children, I love broadcasting, I love people. So, we'll see where that future leads. I'm brainstorming, thinking of ideas, but you know the next life [after football] will be fun. More than likely it'll be around football, but we'll see.