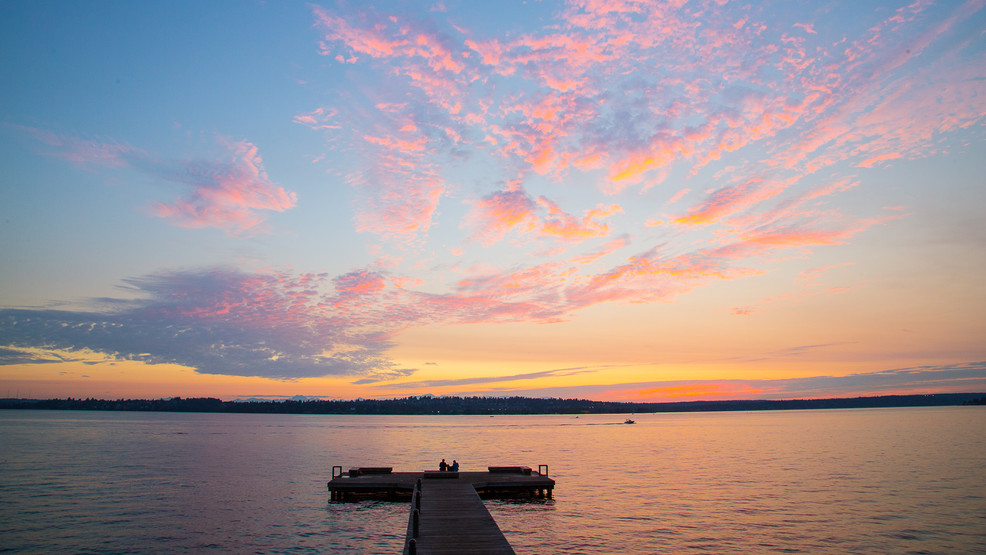 Kirkland, WA: Moving forward after being the pandemic's U.S. epicenter

As one of the country's first cities impacted by COVID-19, Kirkland was initially given the undesirable distinction of being the epicenter of the pandemic in the United States. Yet, the way in which the city has handled the crisis has garnered positive press, launching Kirkland into the spotlight as a role model.

Mayor Penny Sweet says that her city's response has been a natural progression, and she feels grateful for the solid infrastructure that was already in place.

"We were fortunate that it hit a city with an established emergency medical system," Sweet said. Even after a significant number of firefighters were forced to quarantine at home, there was never a time when Kirkland didn't have a full response team available.

Sweet has been happy to speak with mayors across the nation to share what has been learned here in Washington after the first COVID-related death was reported on Feb. 29. Not long before that, a call had been made from one of Kirkland's firefighters to a King County EMS to report: "Something big is going on here." Despite this knowledge, getting testing has proven incredibly difficult from the beginning.

Even during those early "spinning" days, Sweet reports that those on the frontlines knew they had to act wisely — and swiftly. Though there's clearly been no rulebook for how to navigate such a crisis, she is amazed at how residents have acted "responsibly, thoughtfully." Sweet is most impressed by how the community has held itself together, often relying solely on the city to get things done.

"The level of responsiveness and common sense played a huge role," Sweet said.

Throughout, there have been abundant signs of "basic hope and resiliency." Kirkland neighbors have ordered takeout meals to support local restaurants as often as they're able, and Sweet is constantly learning uplifting stories about inspiring individuals like Tricia LaVoice. This woman went around putting up blue bows outside the Life Care Center of Kirkland, where the crisis began. Sweet is amazed at how early LaVoice jumped to action, launching the "Blue Ribbons for Hope" initiative simply to offer glimpses of promise.

Now, she said, if you drive around Kirkland, you'll see bows tied to trees, plus banners displaying messages like "We've Got This." Then there was Hopelink's Food Drive, a four-hour event in mid-April; organizers expected 10,000 pounds of donations, but in the end, neighbors contributed more than 25,000 pounds.

"Cars couldn't get off the freeway because the line was so long," said Sweet.

Sweet said they have a plan in place to anticipate what's next. She added that her husband, Rep. Larry Springer, is actively working on the recovery response so that conversation is constantly swirling around their household. Sweet is hopeful: "I believe we're going to make it to the other side."

About a month ago, the city was able to raise thousands of dollars through the chamber to launch the Kirkland Small Business Relief Fund, for which the first round of grants was distributed to 250 qualifying businesses. Sweet is actively working to bring in money for a second round of funding. Local businesses have adapted in innovative ways; Purpose Boutique now offers Virtual Styling, the DERU Dinner Club offers ready-to-heat meals available for curbside pickup and Caffe Ladro announced the release of a new coffee blend called "We're In This Together" ($3 of every bag purchased goes to the Restaurant Workers' Community Foundation COVID-19 Emergency Relief Fund, and the bag features an illustration by Seattle-based artist Christina Dean).

Sweet understands firsthand the plight of small business owners since she and her husband have owned and operated The Grape Choice, a retail wine shop in downtown Kirkland, for 35 years. When the crisis first hit, she was most worried about their staff. They've been able to shift their model, and now she and her husband are often the ones dropping off orders on customers' front porches.

Sweet is realistic about the incredible losses suffered — financially speaking, as well as a massive gap in human services.

"A good percentage of businesses won't make it," she said. But countless calls have been dedicated to finding the right avenues and the next best steps. She deems these discussions "time well spent. It gives us a chance to hear one another's voices."

The mayor knows it's human nature to try to "wrap the situation up in a hopeful, resilient, and going-forward" manner, which she thinks is wonderful. There's really no other perspective to take. Yet she also admits that, when it comes to reopening, "doing the right thing is really, really important." While speaking with fellow business owners, many say, "We can make it through this — this one time." Yet they won't make it twice.

"We have no hope if we don't do the right thing; we can't take another chance," Sweet said.

Sweet is incredibly proud of Kirkland, of King County and the entire state. She credits this region's "culture of innovation and action in the community." Not only does this area benefit from the collaboration of really wise people, but also, "nobody hesitates to throw stuff on the table." As soon as Kirkland and Seattle "got punched," Sweet says they had the foresight to sit down with "really smart groups of people."

And although Kirkland is the 12th largest city in Washington, Sweet thinks they've taken an approach more intimate than many larger cities. She reiterates her willingness to get on the phone with mayors across the country seeking guidance.

"The fact is," Sweet said, "We will be a stronger community. We're going to come out of this better."

Donations can be made to the Kirkland Small Business Relief Fund, and EvergreenHealth Foundation is appreciative of all financial, personal protection, and food donations, too.