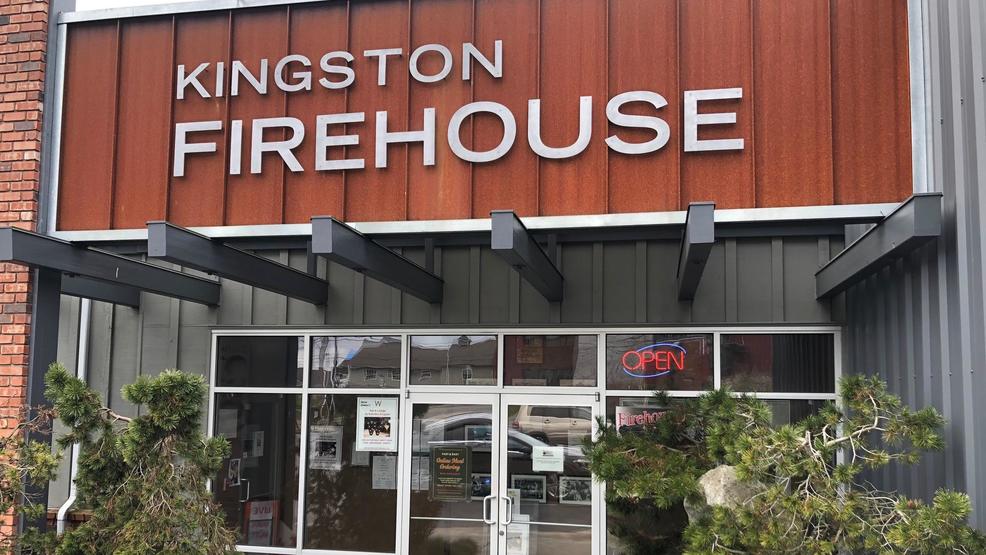 It's like a real life - or should we say reel life - feel good movie. Craig Smith, owner of The Firehouse Theater in Kingston has recently raised around $250,000 to save his movie theater, thanks to overwhelming support from the local community and beyond. (Photo: Seattle Refined)
SEE MORE

Kingston is on the Kitsap Peninsula. It's the kind of charming small town where BIG dreams can come true. It's a place so picturesque - it could light up the silver screen.

Speaking of films, Craig Smith is the man behind the marquee at The Kingston Firehouse Theater. From prepping the projector to making the popcorn, he's the star of this one man show.

This is a guy who loves movies.

"I just liked the emotion - the ability to capture something and retain it," he said.

He feels passionately about preserving the character of small town movie theaters.

"I like to think it’s the working Joe’s art form," said Smith. "There are movie theaters across the country. There’s less of them now but taking your wife to the movie, your kids – it’s a cultural event. I mean I grew up with it. And I want to keep that alive."

On this typical day at the theater, there's a tender moment as Smith holds his baby grandson. His favorite role is Grandpa, after all. And once the doors officially open, he takes tickets and runs the concession stand too. Folks enjoy joking with Craig as they place their orders.

"We want some of that 'Fantastic Fungi' you’ve been serving," a customer laughed. The film "Fantastic Fungi" was playing at The Firehouse Theater that day.

Are you a FUN GUY?" he retorted.

"I hope so! That’s what I tell everybody," replied the customer.

People come here for the special touches that you just can't get at the multi-plex.

"He’s friendly and outgoing he just treats off the people who come to this theater as friends and neighbors," said Nancy, a loyal patron.

"Craig - he sits there and tells us all about the movie and it’s really neat. Everybody claps for him," noted Rick.

That's right. Whether there is one person sitting in the theater or a hundred people, Smith shares some fun facts about the show with the audience. It's something only a true film aficionado would do.

He's probably seen thousands of movies, but Smith has his faves. From old school classics: "I like 'The Quiet Man'. John Ford directed, you know, John Wayne, Maureen O’Hara," to scary movies, "I like 'Alien' - Sigourney Weaver both that’s a great movie it’s more of a haunted house movie than a sci-fi movie."

Like good cinema, Smith's own tale has had some unexpected twists and turns. He started in the video rental business and when the industry changed, he decided to go old school. "I've always liked the idea of a movie theater."

So about a decade ago, he opened a movie theater up in a converted fire station, serving this tiny community of about 2,000 people. Things were going well. Then the script for his life got flipped.

"Well. I had a heart attack and died right here," he said as he pointed to the floor of the theater. "I was laying there they got me on a gurney and put me in the back of the ambulance and then they revived me. And I was mad they did."

"They had zapped me and I was no longer relaxed I was back in that stress mode. I didn’t know that I had died and come back."

From that moment on, Smith's life would never be the same.

"Playing catch up on all those digital projectors that all the theaters had to convert too about six years ago," he noted.

And that was just the beginning. The bills kept piling up.

"Then the credit cards you know because it’s a seasonal kind of business. It goes up and down so a couple months a year you gotta pay the rent with a credit card," he said. "And the second mortgage on the house when we ran out of money and the end of construction."

Just a few months ago, it was looking like there could be no happy ending. As a last resort, he and his family set up a GoFundMe page to save the theater.

The result was like something out of the movies. According to Smith, "We got to $100,000 in 8 hours. Which was just amazing. I’m still amazed, touched and I’m humbled."

The local community rallied around him, making donations.

Thanks to some national media attention, the donations kept pouring in.

"We’ve had a couple of big ones actually form some Hollywood people."

Director Judd Apatow gave $500. Then there was one very generous donation.

He read read part of it out loud. "The spirit of going to the movies is live and well in Kingston and it inspires those of us who make them to know that our work is screened in such a heartfelt place as your own."

She also included a generous donation for the theater. "As a token of my own appreciation I’m including a personal donation of $5,000 to support your efforts."

Smith choked up a bit as he shared this line, "We want you to keep your 'Frank Capra' life alive," he said as he touched is heart.

At last count, the total amount raised was around $225,000 - enough to play off the debt and plan for the future. It was a nod to Capra's famous film 'It's a Wonderful Life' about a small town coming together to help one of their own.

"It’s phenomenal - it’s altered my life," he exclaimed. "I mean I already did kind of believe in people stuff but I had more own pride to keep me from asking for things. NO idea that it would be like this.'

In a video Smith shared on YouTube he said "I want to thank everyone who has given to this its so meaningful and no we are taken actions to remain things and put things into place that we couldn’t afford."

He's utilized the interested in his story to spotlight other independent movie houses across the country.

"What I’m trying to do is to encourage people to go support their local theater," he explained. "Cause we've got to keep this art form alive. How movies should be seen and shared and the emotion you know in the auditorium connects people."

So if this story was a movie, who does he think should play him?

"I wouldn’t mind Jimmy Stewart. Tom Hanks – why not? Let’s go for it. You know Tom Hanks but it would be kind of a Frank Capra story."

It truly is 'a wonderful life' for Craig Smith.

"Small town kind of feel good movie - it feels really good to me now," he laughed. "And perseverance and a community rallying around you in spite of yourself. You know - feeling good at the end of a movie."