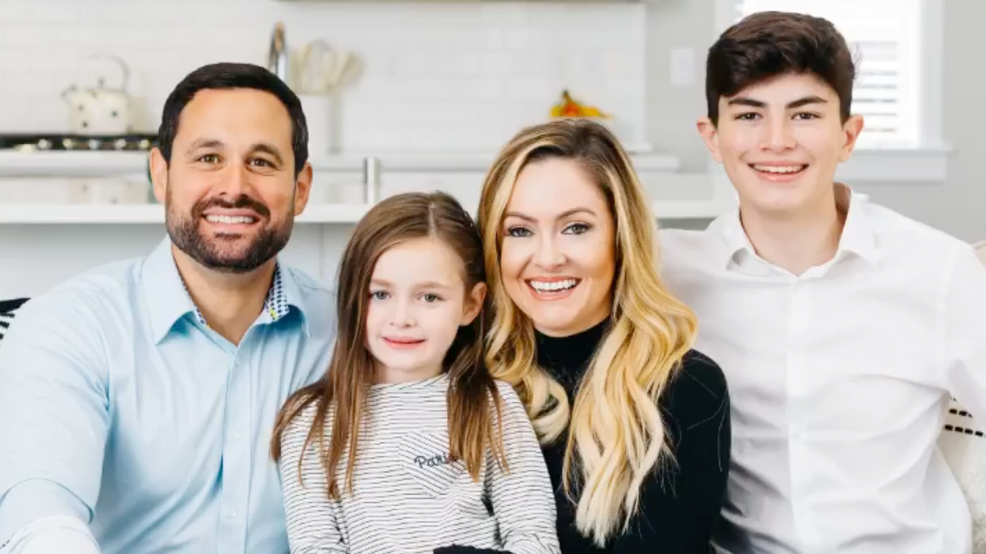 Ex-Bachelor Jason Mesnick spills on 'The Bachelorette' & his new book

As the new season of ABC's 'The Bachelorette' is about to begin, Refined wanted to check in with one of our favorite couples from 'The Bachelor.'

First a little 'Bachelor' history. Kirkland's Jason Mesnick (a single Dad with young son Ty) and Molly Malaney met on Season 13 of the show. They fell in love, but Jason gave the final rose to a different contestant, Melissa Rycroft. Jason realized he had made a mistake, and in a shocking development, broke things off with Melissa - and begged Molly to take him back. She did - then said 'I do.'

Fast forward - the couple has been happily married for over a decade, and live on the Eastside with their kids Ty (now a high school student) and Riley. We caught up with Jason to get the scoop on his Bachelor season being available on Netflix, his new book and his thoughts on the newest 'bachelorette.'

Seattle Refined: Ok - so taking you back in time, a while. You and Molly had your season on The Bachelor and we all know how it turned out. But now it’s available on Netflix - so there’s a whole renewed interest in you guys.
Jason Mesnick: First of all, I wish somebody had told me it was gonna be on Netflix! So I think the first we heard about it was my son - from one of the kids at high school told him and the first thing he said was, 'Can I watch it?' And that’s where everything went to crap!

Your son Ty - he’s a sophomore in high school right?
Yeah, he watched it and we had an agreement that we’d have a conversation after every episode. So he could find out what was real versus what was TV. The first few episodes he was laughing at me and eventually he said it was just really boring.

What are you guys up to these days?
Day in and day out - I’m in real estate. I work for a great company called Compass. It’s been really busy especially in COVID times. Molly is literally in the other room right now probably teaching Riley [their daughter] spelling or math.

So how has COVID affected your family life - are you all home together all the time?
[Like] everybody else we are on top of each other 24/7. We’ve got a trampoline to keep the kids busy. Riley learned how to ride her bike. The golf thing for us has been huge because that’s something that we do as a family. So Riley’s gotten into it a little, but - Tyler’s gotten really good at it. I’m still chasing Molly down the greens!

You’ve also somehow found time to write a book which is hilarious. Um - I’m gonna let you tell me the title and the story behind it.
This this is the cover of the book it’s called ‘What’s Your Poo Poo Face?’ The reason Ty and I wrote this book was about the time he was on 'The Bachelor' when he was potty training. He actually probably walked into the bathroom with me one time and he’s like ‘what are you doing?!?’ Of course I was going to the bathroom and I was like 'everybody’s got a face when they go poo poo'. And from that moment on, he went to his teachers, he went to his mom - he went to everyone he would come across and ask them what their poo poo faces were! So ten years later, we tried to make this story of Ty come to life and it’s really a good book about potty training. 'Bottom line' - It was really fun to write.

Moving on to the new season of 'The Bachelorette' do you know Clare Crawley? Give us the scoop.
The one thing I know about Clare is - we’ve met her a couple times - and she goes after what she wants. But more importantly, Molly is in love with her mouth. Every time she could come on screen, Molly would go - 'Do you see it?' There’s just something about her lips. And Molly...is, Molly is a straight woman! But she is in love with Clare. They select to be 'The Bachelor' is kinda somebody - a softie right? They’ll cry on camera like me! But the type of person they select to be 'The Bachelorette', are strong women that know what they want and won’t take crap from anybody. And that’s totally her.

Speaking of that, I read a little blurb - you can confirm or deny that Molly was actually going to become 'The Bachelorette'?
That was part of the fiasco of why I did. I actually called up the producers and said things weren’t working out with the girl I chose, and I said ‘Can I have a chance with Molly’? And they said yes you’ve got to do it on camera because we’ve asked Molly to be 'The Bachelorette’! So they wanted Molly to think though - on live camera on whether she’s gonna go give a shot with me or become The Bachelorette. But they definitely asked her to do it, she was next in line.

Wow - so no pressure on you there...
No the pressure was on her!

Jason Mesnick, it’s always so fun chatting with you.
Anytime! Thanks for having me.