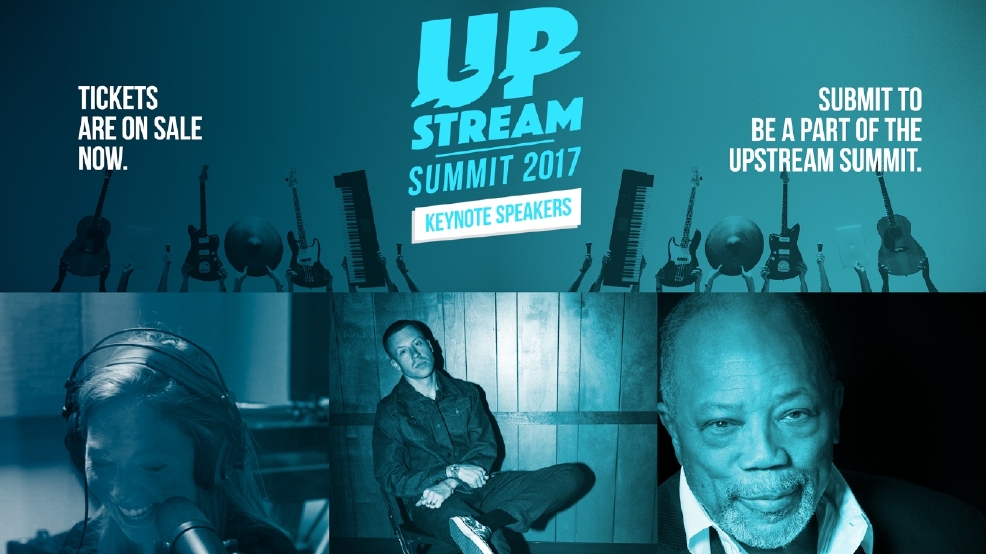 The International Man of Mystery has NOTHING on Paul Allen's Upstream Music Fest and Summit! Ever since it's initial announcement last summer, everyone has been so incredibly hyped about the idea of a new festival in the Pacific Northwest scene. Don't get us wrong - you know from our coverage that we love Bumbershoot and Sasquatch!, but they're no South by Southwest or Austin City Limits.

Fast forward months and months as the entire region eagerly awaits an announcement of lineups, speakers, ANYTHING - and crickets. And as a testament to Paul Allen's power and cred in this city; people are still all in. When tickets went on sale for a festival with no lineup announced....people bought them. When a secret show popped up in Pioneer Square...folks showed up in droves.

This city, man. We love music. And we're so trusting! Which is all a long-winded way of saying - it's here! A morsel of information on what we can expect! And Paul has not disappointed, folks.

The keynote speakers or the Upstream Summit have just been announced to be Quincy Jones, Macklemore and Portia Sabin.

The Summit portion of Upstream will be dedicated to discussing the changing music economy, in reference to both our regional music industry and the industry at large. The two-day Summit at the WaMu Theater is all about bringing together emerging artists, industry experts and creative collaborators from the Northwest.

The greatest part of these three speakers is that while they all have a great passion for creating music and supporting upcoming artists, they are all so different in their genres, gender or generation.

Quincy Jones is a name that is revered in the city where he was brought up - and in the world of music. Jones' successful career has spanned over six decades, beginning with the music of the post-swing era and continuing through today’s high-technology hits. As the first black composer to be embraced by the Hollywood establishment in the 60’s, he refreshed movie music infusions of jazz and soul, and his landmark 1989 album Back On The Block ( 1990 “Album Of The Year” at the Grammy Awards)– brought such legends as Dizzy Gillespie, Ella Fitzgerald, Sarah Vaughan and Miles Davis together with Ice T, Big Daddy Kane and Melle Mel to create the first fusion of the be bop and hip hop musical traditions. As producer and conductor of the historic “We Are The World” recording (the best-selling single of all time) and Michael Jackson’s multi-platinum solo albums, "Off The Wall", "Bad" and "Thriller" (the best-selling album of all time, with over 50 million copies sold), Quincy Jones stands as one of the most successful and admired creative artist/executives in the entertainment world.

Macklemore (Ben Haggerty) is another Seattle native, and a hip hop recording artist who has independently released one mixtape, three EPs and four albums since 2000. His single 'Thrift Shop' with his producing partner Ryan Lewis (another local), reached number one on the Billboard Hot 100 in 2013, and was the first song since 1994 to reach the Hot 100 without support from a major record label. Their second single, "Can't Hold Us", also reached at number one of the Hot 100, making Macklemore and Lewis the first duo in the chart's history to have their first two singles both reach the peak position. Their debut studio album 'The Heist' won four Grammy Awards in 2014, including Best New Artist, Best Rap Album, Best Rap Song and Best Rap Performance.

Dr. Portia Sabin didn't just stop at getting a Ph.D. in Anthropology and Education from Columbia University, and starting her own artist management company Shotclock Management in 2001 - she also went on to become the president of the independent record label Kill Rock Stars. Sabin is on the board of the American Association of Independent Music and the World Independent Network, and made comedian Zach Broussard's Top 1,000 Comedians of 2014! Whew. Sabin relocated Kill Rock Stars from Quincy, WA to Portland, OR in 2011 - where it is currently headquartered.

Pretty impressive, right? All three speakers have undoubtedly much to share, but they will be focusing on the following themes:

1. Many Rivers to Cross: How The Music Industry Is Adapting to The Streaming Model and beyond
Music consumption is higher than it has ever been, and streaming surpassed physical album sales for the first time in 2015, but artists are not seeing that translate to royalties. Artists must work closely with the music industry in order to adapt to the current streaming model so they can make a living creating music, the music industry can continue to innovate, and audiences can continue discovering music.

2. Digital Witness: How Data Drives Creativity
Industries across the world are taking advantage of the growing ability to leverage data and analytics, including the music industry; from artists to labels, promoters to venues, data and analytics are inspiring innovation across the industry. How should the music industry use the world of data to increase artists’ revenue and exposure, and how can artists in the face of metrics retain their creative spirit?

3. World Town: How Local Artists Go Global and Global Artists Stay Local
In a world where music is increasingly accessible, what are the tools artists need to make the most of this potential global audience and how can the music industry cultivate relationships and business practices around the world?

4. In A Future Age: Industry Collision in the New Music Economy
The music economy has changed dramatically as traditional sales models have been replaced with new technologies and unique content partners. The music community continues stretching into new spaces and connecting with other industries, creating new opportunities for artists, venues and broadening what we consider “the music industry”.

We are started to get excited! We can't wait for the lineup announcement soon....after all the festival is from May 11- 13, 2017, right around the corner!