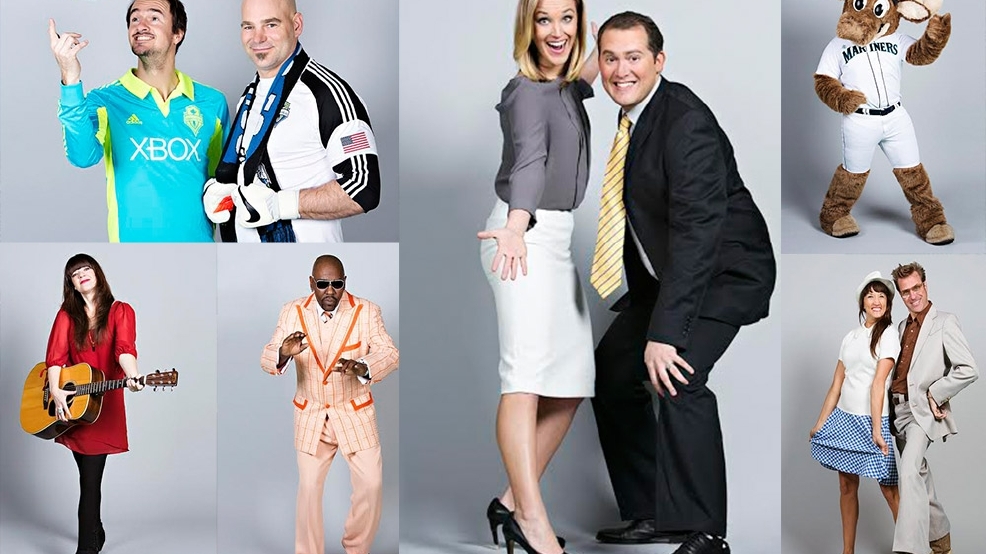 How one big breakup involves Macklemore, the Mayor and the Mariners Moose

"I've been through a few break ups in my life, but this was the first that I've been excited about!" Seattle Sounders FC alum Roger Levesque said. Happy about a breakup?! Levesque wasn't the only one. Celebrities from Macklemore, Seahawks players, restauranteur Linda Derschang and even our Seattle Mayor were excited to call it quits for a cause.BreakUp4Good is Seattle Goodwill's clever way to celebrate Earth Day, a campaign that launches April 13th.Goodwill reached out to over 60 famous local individuals and organizations; from musicians, CEOs, athletes and community leaders, requesting they "break up" with a beloved outfit and publicly donate it to Goodwill - and keep it from the landfill.Seattle Goodwill has helped the community keep over 40 million pounds of material waste out of landfills. This campaign was created to continue celebrating, creating awareness and assisting funding their free job training education, which helped over 9,200 people last year.Katherine Boury, Goodwill's Communication Manager, says their famous partners were excited to inspire others to donate."When I hear of the good [Goodwill] does for not just the community, but for their employees, I can't help but want to lend a helping hand," said KOMO News anchor Kelly Koopmans. "I donated a blouse and skirt that I hope someone else can use for an interview or for a day at work."Retired Sounders Marcus Hahnemann and Levesque donated authentic Sounders FC uniforms,. "In all honesty didn't fit quite as well as they use to!" Leveqzue joked. "The Breakup4Good campaign gave us a chance to put our retired uniforms to good use and support a great cause. Through our donations we hope to inspire others to do the same.""There were so many amazing donations!" said Boury. Some special ones were:

Starting April 13th, the campaign will be live to buy the items on www.seattlegoodwill.org/earthday. From April 20th to May 1st, Seattle Goodwill will be giving away prizes twice a day on their Facebook page. On April 29, Seattle Goodwill will celebrate Earth Day with KEXP, The Moondoggies, Deep Sea Diver and Shelby Earl, whom all donated to the cause, with a special concert at the Tractor Tavern.