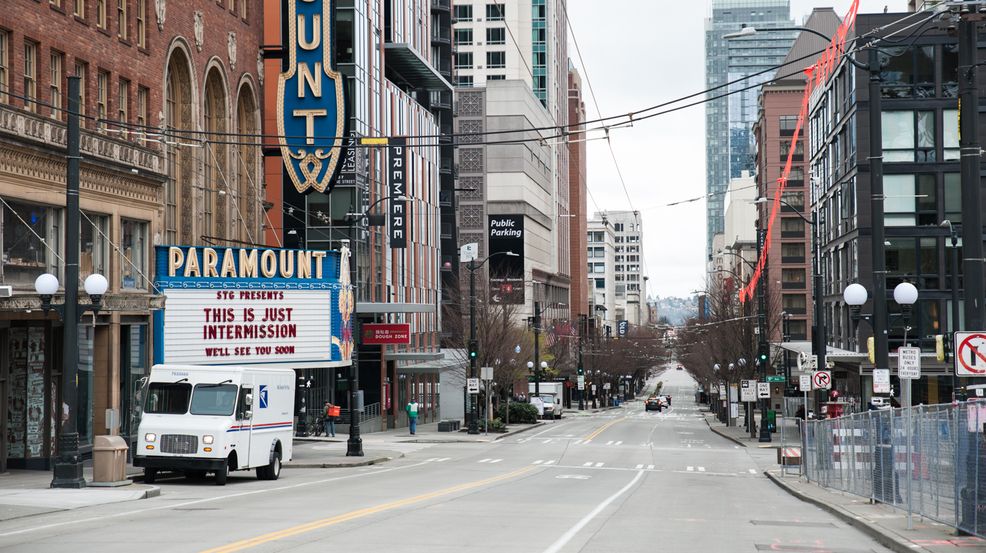 While we don't know just yet when life will be back to "normal," it's safe to say people will jumping at any opportunity to do something once we get the green light.

As we head into month two of social distancing and event bans, our desire to consume art, interact with one another and experience anything outside of the house only grows. And for one lucky bidder who ended up winning the Seattle Theatre Group's Golden Ticket — they'll be able to experience a lot of art.

DOORS: Opening Doors to the Arts is STG's annual fundraiser, which was held virtually this year and ended on Saturday, May 2. People were able to bid on some pretty awesome packages — including the coveted Golden Ticket.

While this one wouldn't get you access to Willy Wonka's Chocolate Factory, it would get you access to every single Seattle Theatre Group show for 12 months at the Paramount, Moore and Neptune Theatres. That's more than 700 performances.

Since events are currently on hold, the 12 months will start once shows are up and running again. This will include performances and shows like "Hamilton," Buddy Guy and Jim Gaffigan.

The winner will get access for them and one guest, and all they need to do is give the theater at least two hours notice before attending. Did someone say impromptu date night? They will also receive club benefits, like access to the expedited bar line at the Neptune.

DOORS is a vital fundraiser for the Seattle Theatre Group, and the organization has felt the impacts of COVID-19 deeply. As of March 30, more than 150 performances have been canceled or postponed, and they are anticipating a multimillion-dollar loss because of that.

['The Book of Mormon' at the Paramount Theatre canceled]

This year, every donation raised by the fundraiser would be matched up to $380,000.

"It is important now more than ever that we support one another during this difficult time," said Josh LaBelle, executive director of Seattle Theatre Group, in a press release. "We hope that asking our patrons for their help will ensure that STG and these historic theatres will continue to provide vital arts experiences for this community into the future."

Visit https://bit.ly/2Ya2IJ1 to find a list of auctions and to start bidding.