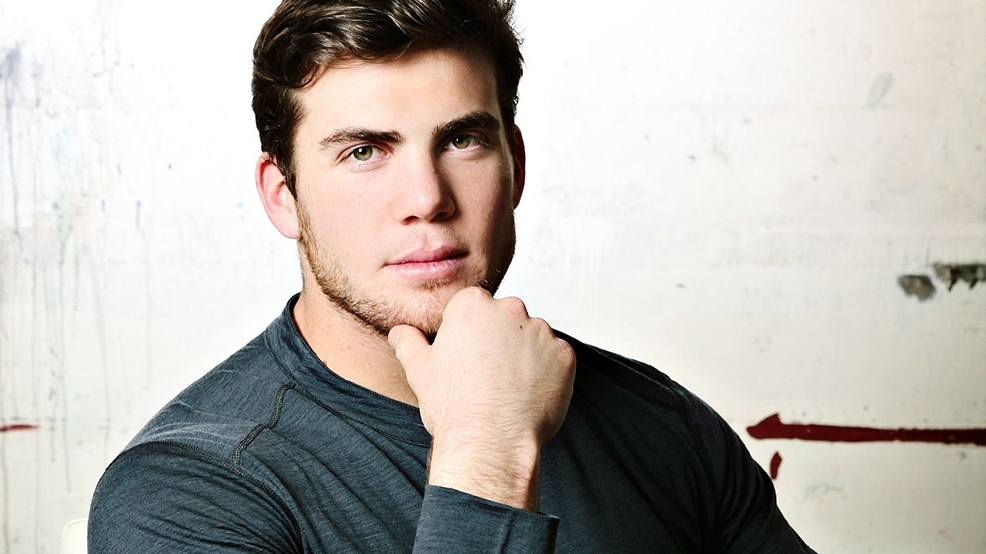 Cooper Helfet is a Seahawks tight end, noticed on the field as a rising football star and off the field as a model. (Photo Credit: Lesley Keefer of Focus Photography)
SEE MORE

Getting to know Seahawk (and model) Cooper Helfet

Seahawks tight end Cooper Helfet turns heads both on and off the field, and being part of a world championship football team is just one of the reasons.Alongside a fulltime gig as a professional football player, Helfet also regularly models, supports local charities and visits children's hospitals with teammates in his spare time. We sat down with this jack of many trades, a Lady 12s favorite, to ask some questions from fans on what he favors in life, love and of course, football. Seattle Refined: Tell us three things we don't know about you:

Cooper Helfet: I am South African. My dad was born and raised there so technically I am African-American. I originally went to college for lacrosse, not football. I don't like cheese or milk.

What makes you stand out as a Seahawks player?

CH: I don't know if I stand out but it is interesting that everyone has different hobbies on the team. We're all people, not just football players. We each have interesting hobbies that make us unique. A lot of guys do pottery, bowling I like the outdoors: Hiking, snowboarding, surfing, anything in the water.

Who is your best friend on the team?

CH: Marshawn [Lynch] is my best friend. We have a lot of the same interests. We both make sure to not take life too seriously, which is good for my life and career.

Does your girlfriend have to be a football fan?

CH: I don't care if a girl is into football or even the Seahawks. I want them just to be themselves. Just be who you are and like what you like.

What's been the worst pickup line used on you?

CH: (Laughs) 'You're a Seahawks player?!' I get approached, they say 'hello' and then they pretend they don't know I'm a Hawk. They say, 'Oh my gosh! So funny; I didn't know that!' Of course they know that. I am standing with all the other players.

Button Down or Hoodie?

Top 3 Songs on your iPod?

What are your favorite fashion styles for men?

CH: I've modeled now in New York, Los Angeles and Seattle. It's a different, slower experience than football, but challenging in it's own right. I love clothes and fashion. My favorites are Del Toro shoes, faded black & grey denim, jogger pants and sweaters & hoodies.

Do you have a favorite quote?

CH: The Man in the Arena by Theodore Roosevelt. It talks about people in life that choose to do rather than critique. Whether I fail or succeed at least I am trying, and not just critiquing those who are.

What are some of your goals as a Seahawk?

CH: Of course I want to catch 80 balls in a season and do a million touchdowns. But there are more important things as well; making sure Marshawn has room to run and Russ doesn't get hit. I want to be the best player I can be, not only for myself but for my team mates.

What is your favorite part of being a Seahawk?

CH: Being a part of the community. It is a privilege we get to be able to do things around the community. We as players are fortunate enough to go to Seattle Children's Hospital and put a smile on kids' faces because they're fans. Its a blessing for us more than them really; we feel their gratitude.