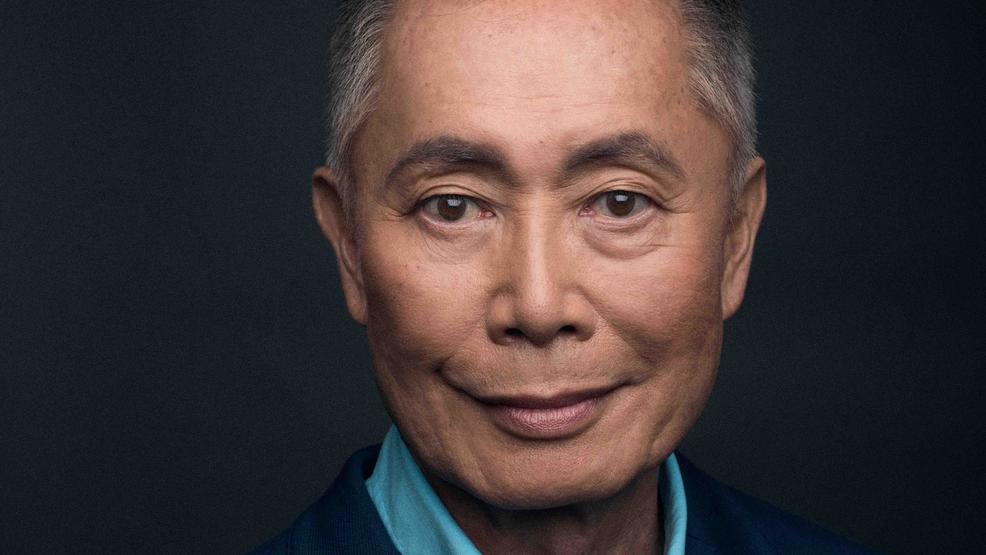 They Called Us Enemy is a stunning graphic memoir by actor, author and activist George Takei. Through this unique format, Takei brings to life the harrowing ordeal that he and his family (along with 120,000 Japanese Americans) went through during World War II in American internment camps. (Credit: George Takei)
SEE MORE

In those days (the mid 1960s) there weren't many good roles for Asian American men. According to Takei there were "Practically none."

Dashing and dynamic, Mr. Sulu was a true Renaissance man: into gymnastics, botany and fencing.

"I was lucky enough to get cast in that role," he recalls. "Gene Roddenberry, the creator of 'Star Trek' first of all has good taste and good judgement. He cast me! But he was truly a visionary because he wanted to do 'Star Trek' as a morality show. The story was placed in the 23rd century, [in a] much more enlightened century."

But Takei himself was born in the 20th century, and now, five decades after "Star Trek" revolutionized television, he's sharing the painful and personal real life story of what his family went through. It started when he was just five years old.

"We stood by the front window, just gazing out and suddenly, we saw two soldiers marching up our driveway," Takei remembers in vivid detail. "They carried rifles with shiny bayonets on them. You could see the sun sparkling on their bayonets, it was scary. They stomped up the front porch, and with their fists they began pounding on the front door. I remember that pounding. The whole house seemed to tremble. My father came out, answered the door and literally at gunpoint they ordered us out of our home."

In his new graphic memoir "They Called Us Enemy," Takei takes us back in time to 1942, following Japan's attack on Pearl Harbor. The story is told through words and illustrations.

"My mother was born in Sacramento, California," he explains. "My father was a San Franciscan. We were born in Los Angeles, and yet because we looked exactly like the people that bombed Pearl Harbor, we were imprisoned for the duration of the war."

The effect was devastating.

"My parents [were] stripped of everything," he said. "My father’s business was taken, their life savings, bank account was taken away, frozen, lost a home and our freedom."

President Franklin D. Roosevelt signed a declaration of war with Japan in 1941, and later order 120,000 people of Japanese decent to be incarcerated into camps - the Takei family among them.

"We were put on a bus and driven to the horse stables of Santa Anita Racetrack," said Takei. "We were unloaded, herded over to the stable area and each family was assigned a horse stall, still pungent with the stink of horse manure."

The memory is still powerful for him.

"For my parents - it was a degrading, humiliating experience."

That was just the beginning of the ordeal. After a few months at the race track, they were forced to move to a place called Camp Rohwer.

"They loaded us onto trains with armed soldiers are both ends of the each car," said Takei. "Transported us two thirds of the way across the country to the swamps of Arkansas. We were incarcerated in barbed wire, tall sentry towers with machine guns pointed at us. At night when I made the night runs from our barracks to the latrine, search lights followed me."

The family had to change locations again - this final stop was the worst of all.

"We had to be transferred from Rowher, Arkansa to another camp in California right by the Oregon border, a camp called Tule Lake," said Takei. "That was an intensely militarized camp. It was three layers of barbed wire fences and a half a down tanks patrolling the perimeter. 18,000 people - and and most of us were children.

When the war ended in 1945, Takei and his family were released and had to rebuild their lives.

"All of this is thanks to the fans of Star Trek," said Takei. "I mean, I’d probably doing the same thing but not with this kind of success, getting on the best seller list. Because of "Star Trek". "Star Trek" amplified my voice and I am deeply grateful to the fans who gave me that amplification."

"Star Trek" - both the TV series and the films, have had a huge impact in Takei's life. His personal fave from the movie series is "Star Trek 6 - The Undiscovered County." In it, Sulu has been promoted to Captain of the USS Excelsior.

"That has the most dimension and made some commentary on the world at that time," the actor commented. "I’m Captain Sulu and I help bring about peace and also saving the life of our heroic Captain Kirk."

Thanks to Star Trek, Takei has become a cultural icon. You may be wondering where his trademark phrase 'Oh Myyy!' came from. It started on Howard Stern's radio show.

A longtime LGTBQ activist, Takei and husband Brad have been together for more than thirty years. These days he's also a social media mogul with over 10 million followers on Facebook.

"I’m a pretty opinionated guy," he said. "And it’s another opportunity to share my thoughts. Because that’s what an American democracy needs to be - people exchanging ideas."

"In many ways 'The Terror' is ground-breaking in that it’s the first time that the internment of Americans with Japanese ancestry is told in great detail," said Takei. "I began my life as a child in American internment camps and now that I’ve reached the other arc of life I’m talking about internment camps."

More than five decades after Star Trek went on the air, Takei is still brave and bold at age 82. He feels it's important to share the story of his childhood incarceration now.

"I call this my book of hope for the future of America," he said. "I’m hoping that young people who read this and incorporate this information as part of their knowledge of American history – that they will build a better America."

The graphic memoir 'They Called Us Enemy ' is available online and in book stores everywhere.