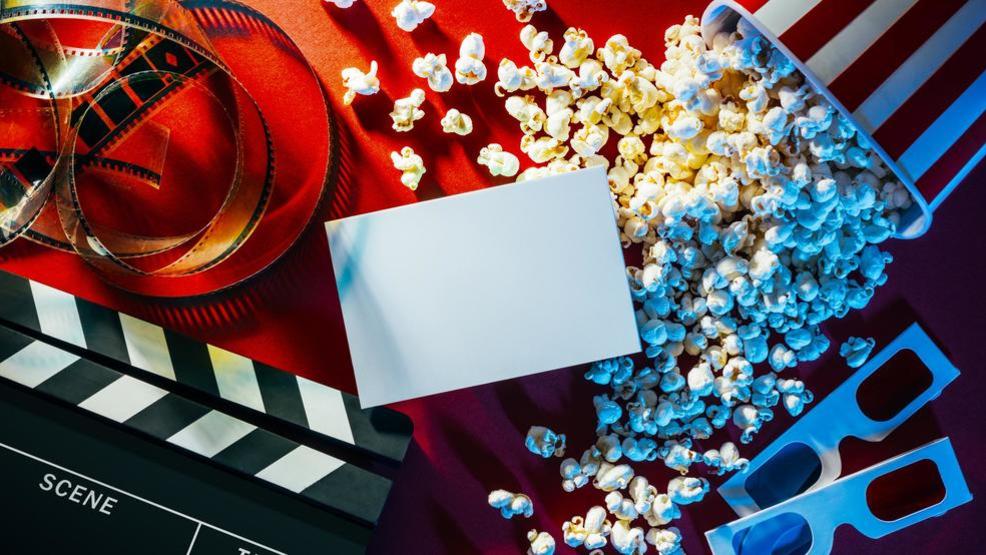 From Our Lips to the Academy's Ears: A Film Critic's Oscar Picks

Sure the actual Super Bowl just happened, but as a film critic, this is my actual Super Bowl. The Academy Awards are this Sunday, February 9 at 5 p.m. PST on KOMO 4 and I am READY. I've seen almost all the films up for the various categories (ok, not all the audio engineering ones - shoot me), and feel pretty confident about my picks. But I reserve the right to come in and edit this post afterwards if I totally bomb it. Hey, I need a little job security, right??

OUR GUESS: "1917"
Making its rounds as the favorite at other ceremonies like the BAFTAs and the PGA Awards, historically a good indicator of who will win Best Picture, "1917" is Sam Mendes' war epic that gets our vote too. Handily the most technically beautiful film this year, it has all the elements to grant it a win: incredible cinematography, skilled acting and a vision for a war film like none we've seen. It progresses film as an art forward - rarely do we see such long, intricately choreographed one-shots in a movie - and for that, we tip our hats in its favor. You can read our review here.

WISHFUL THINKING: "Parasite"
If you want to root for an underdog, consider "Parasite", the film out of South Korea that has potential to be the first foreign film ever to with the big prize at the Academy Awards (remember, when "Roma", the foreign film from Mexico, was beat out last year by "Green Book"?). Our own Seattle Film Critics Society named "Parasite" their favorite film of the year, and now that it's made history as the first foreign film to win best motion picture cast at the SAG Awards, perhaps the ball is rolling in its favor this year.

ACTOR IN A LEADING ROLE Nominees

OUR GUESS: Joaquin Phoenix
This one is Phoenix's to lose. He won the Golden Globe and Critic's Choice Awards, and chatter about his transformative performance into the "Batman" villain for this origin story has carried over since the film's release in October. This will mark his first win at the Academy Awards, despite being nominated three times prior. Driver is his closest competition, followed by Banderas. The greatest impediment to his win is his off-screen persona, which strikes many as bizarre and aloof, though even strange interviews and off-kilter acceptance speeches likely won't derail his path to the podium. You can read our review here.

ACTOR IN A SUPPORTING ROLE Nominees

OUR GUESS: Brad Pitt
Like the Best Actor category, Pitt has all but given his acceptance speech. This is his third nomination, and without much competition this year, the award season gods are shining down on the golden boy.

WISHFUL THINKING: Joe Pesci
Our favorite thing about sitting through three and a half hours of "The Irishman" was Pesci's chillingly calm, sneakily unnerving performance as mob boss Russell Bufalino. Pesci won an Oscar in 1991 for "Goodfellas", another reason we are leaning towards Pitt this time around; the Academy loves honoring veteran actors who have yet to win the golden statue. But if we had our choice, Pesci would get some love for a performance that stood out among other talents like Al Pacino and Robert De Niro. You can read our review here.

ACTRESS IN A LEADING ROLE Nominees

OUR GUESS: Renee Zellweger
Nothing like the age-old route of transforming into a real-life person to win an Oscar. Though Theron elevated "Bombshell" starring as Megyn Kelly with her eerily physical resemblance, Zellweger gives a deeper emotional performance as Judy Garland. It's not just that she dissolves into the role. She charges it with an electricity that Academy voters look for when it comes time to cast their ballots.

WISHFUL THINKING: Scarlett Johansson
This year, Johansson has gone from zero Academy Award nominations to two. Her portrayal as a wife and mother struggling to divorce her estranged husband and carve out a life and career for herself took us through the gamut of emotional vulnerability. It is this kind of raw, real performance we like to see awarded with the top honor. But again, Zellweger pretty much owns this category so you'll be throwing away your vote if you go with anyone but her.

ACTRESS IN A SUPPORTING ROLE Nominees

OUR GUESS: Laura Dern
Dern has taken home the other prizes this award season for her role as a big-talking, highfalutin divorce attorney. This would be her first win at the Academy Awards, and with little competition in this category this year, it seems she has it in the bag.

WISHFUL THINKING: Florence Pugh
Though only 24 years old, Pugh has the rising star thing down. Reminiscent of Jennifer Lawrence and her quick recognition by the Academy, Pugh's version of Amy in the newest "Little Women" adaptation was more multi-faceted than any before her. Though we would have preferred the nomination come for her performance in the dark indie horror film "Midsommar", she gave us plenty to dive into with her version of the literary character.

OUR GUESS: Bong Joon-Ho
"Parasite" has the same momentum that "Roma" had last year, and the Academy Awards are more and more interested in honoring foreign films and their makers. For this reason - and because "Parasite" was a wild, completely original film that perfected story, production design and style - the stars are lining up for acclaimed direction Joon-Ho to topple the other greats nominated alongside him.

WISHFUL THINKING: Todd Phillips
This one is another tight race - Tarantino has yet to win an Oscar for directing, Scorsese created a film widely regarded as his career-defining epic, and Mendes' "1917" is one of those films that has you thinking about it days after leaving the theater - but the auteur we wouldn't mind accepting the prize is Phillips. Taking a dark turn with his career, Phillips ditched the comedy genre he helped define in the early 2000s (the "Hangover" series, "Old School", "Road Trip"), instead making a film that leaves a haunting impression on viewers and flips the comic book genre on its head. You can read our review here.

OUR GUESS: "Little Women"
Perhaps this is also wishful thinking on our part, but we are banking on Gerwig taking home the statue in this category for her enlightened adaption of an early 20th century literary classic. She modernized "Little Women" in ways that will surely speak to a new generation of young girls, giving the film and its characters a bolder look without compromising the source material. Gerwig was nominated in 2018 for "Lady Bird", but this will be her first Oscar win. You can read our review here.

WISHFUL THINKING: "Jojo Rabbit"
If there was an option for runner-up, we'd love to see Taika Waititi's inventive, insightful and comedic story about a boy living in Hitler's Germany honored at the ceremony. It pushed the boundaries of comedy and satire, and we haven't seen anything quite like it in theaters recently.

OUR GUESS: Quentin Tarantino
Tarantino won the Golden Globe, and there are few things he writes that don't catch the attention of Academy members. He has to fight off Joon-Ho and Jin-Won's "Parasite" that has the industry abuzz, but it's likely the award is his this time.

WISHFUL THINKING: Rian Johnson
This is one of the most competitive races for original screenplay that we've seen in years. While Johnson's "Knives Out" wasn't recognized in any other category, its incredibly inventive take on a whodunnit with a comedic twist has our vote, though to say his win would be a long shot is an understatement. Joon-Ho and Jin-Won for "Parasite" and Baumbach for "Marriage Story" are the likely next in line.

WISHFUL THINKING: Bong Joon-Ho and Han Jin-Won
Call us indecisive, but "Parasite" is too good not to be recognized by the Academy for its gripping story and colorful cast of characters.

OUR GUESS: "Life Overtakes Me"

OUR GUESS: (I'M GONNA) LOVE ME AGAIN from "Rocketman"

OUR GUESS: "The Irishman"