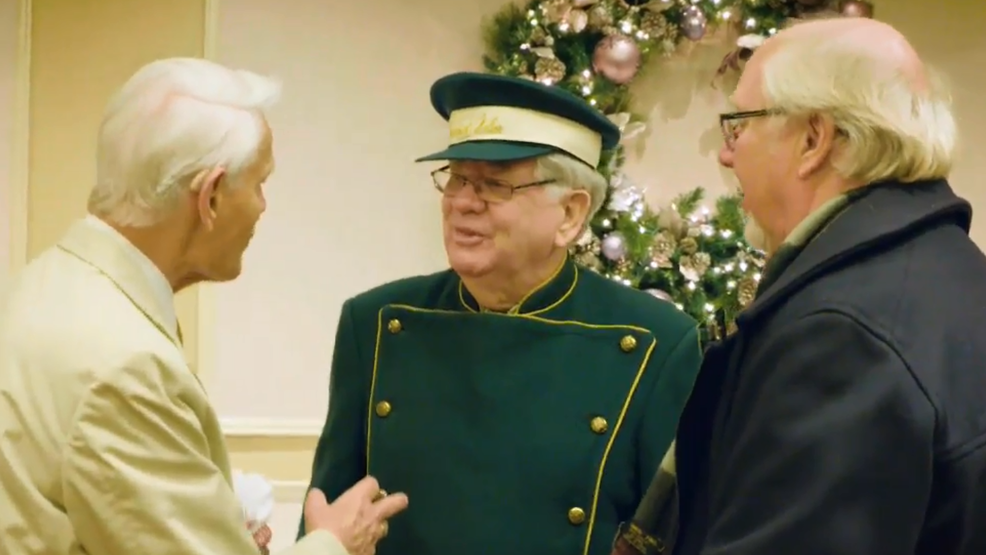 At first glance, this scene looks like a typical holiday office party. There's mixing and mingling as people come together, catching up and connecting over festive food and drink.

But for these former employees of Seattle's flagship downtown Frederick & Nelson store, this annual soiree is something special. While it may be an "office party" - these folks haven't actually worked together for at least 25 years! The iconic department store closed its doors in 1992 after 102 years of business.

The memories of this special place are still very vivid. Many employees, like Jim Rondeau, recall shopping at the store long before working there.

"They had everything," Rondeau said. "My parents used to go at least once a year for back to school. They had everything there, everything. That was your one trip there for the whole year. It was an institution. Everybody did it. That's where you went. You went to Frederick's. That was the store."

"Classy - they were, they were," remembers Victoria Simpkins. "Of all the department stores I went in, even when I was younger, Frederick and Nelson was my favorite. And my mom used to take us there all the time."

"It was the glamour. It was the sense of prestige. It was the premium department store," said Janet Bell. "People made it their visit to Seattle during Christmas and special occasions. Everything from the bakery to the Paul Bunyon Room to the Tea Room and the fashion shows. The beautiful collections from around the world and the couture fashions were unmatched in Seattle. During the 50s, 60s and 70s it was a real amazing spot to shop."

Besides the beautiful merchandise, Bell also remembers the mouthwatering aroma of Frangos filling the air.

"They were made in the store on the 10th floor, in the main store downtown," she said. "We'd be able to go upstairs and taste them or whatever. The idea that they came from upstairs, sold downstairs, right there in that amazing store was amazing, and everybody loves Frangos, even today."

And now, people gather once a year during the holiday season to their share stories and precious keepsakes from the past. It all brings back bittersweet memories.

One man even wore a vintage Frederick & Nelson doorman's uniform his son scored for him on Ebay!

Some employees, like Angela Niles, even brought in photos.

"We have a very good memento of Frederick & Nelson dated April 14, 1943," she showed us. "You can see it's only four floors. It became 10 floors when we worked there. We both worked in the executive office from '78 until the early 90s."

"I had never worked with women before and I was a little nervous, " muses Bader. "I came in after a 20-year hiatus from raising my family. I found the greatest group of women, such a wonderful surprise and treat for me."

Many friendships were made at Fredericks, and lots of love matches too!

"I married a wife. Actually, I married two wives," says Reginald "Reggie" James. "And, they both worked at Frederick & Nelson."

"Everyone has a story," said Brodeaur. "You think about the way things used to be done - not only in retail but in this city - and it's amazing, it's fascinating. So yeah, it's fun. It's a legacy."

Turns out, the real treasures folks found at Frederick & Nelson aren't things you can fit in a box or a bag.

"I made some great friends," smiles Simpkins. " I have some that are my lifetime friends now."

"It isn't like you see them every week. It's just, good memories," says John Augustavo.

"They care about each other," explains Bell. "People have gotten older, and they have reached out to each other to help them. It's pretty amazing having all these friends for so long."