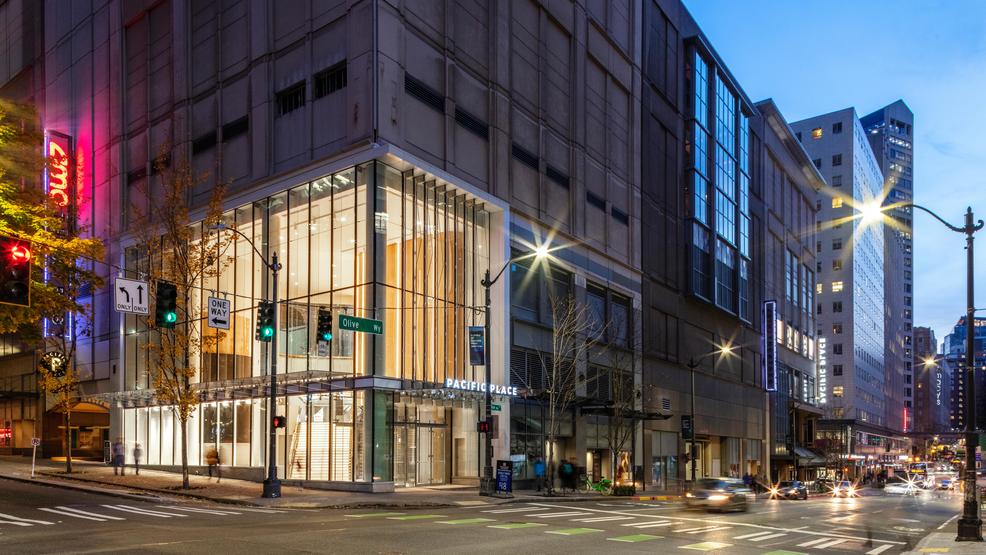 As many of you downtown shoppers know, Pacific Place has been undergoing some major renovations.

Today (Nov. 15, 2019), the redevelopment hit a major milestone with the unveiling of its new, South Lake Union-facing entrance at 7th Avenue & Olive Way. The two-story, Gensler-designed entry opens the northeast corner of the center to the new tech neighborhood to the north. This grand entrance will connect to the atrium and the existing Pine Street entry which will become a two-story, street level entrance with a new glass façade.

“The vision throughout the development has been open up the center to the street,” said Daniel Meyers, senior vice president, project management at Madison Marquette, who is spearheading the project for the developer. “The opening of the new entrance - which will ultimately allow for a full intersection of the city block and welcome Seattle to linger, dine and shop - is a major milestone in actualizing this mission.”

The main changes that we were expecting from the remodel, which was announced back in 2017, was the renovation of the center's common areas, and this new South Lake Union-facing grand entrance, so we are getting SO CLOSE, people.

The Pacific Place redevelopment is on track for an early 2020 completion.