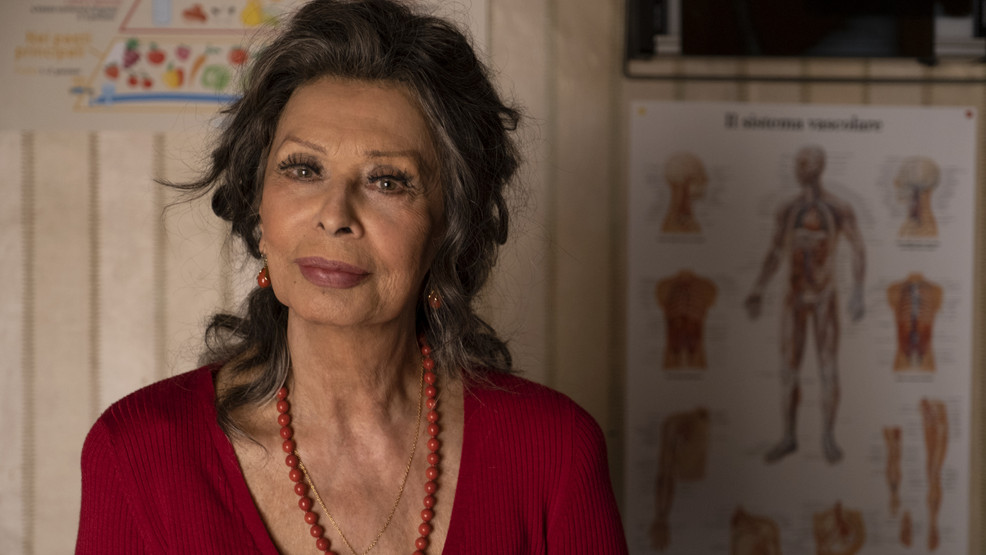 Review: 'The Life Ahead' belongs to Sophia Loren

Edoardo Ponti was not even born (and wouldn't be for another 12 years) when his mother and film legend Sophia Loren won her Oscar for Best Actress in a Leading Role for her performance in "Two Women". She was the first actor to win an Academy Award for a foreign language film. In the tortured role of a protective mother raped in war-torn Italy, Loren solidified her place as a "serious" actress, more than just the beautiful face and vivacious figure with which she was synonymous.

After taking off a decade from the industry and nearly 60 years after "Two Women" premiered, Loren regains her leading lady status in "The Life Ahead", a story of suffering and understanding that says nothing new about unusual friendships or the power of love to turn around someone's life, but is a sweet, sentimental watch nonetheless.

Loren plays Madame Rosa, a Holocaust survivor and former street walker who has opened a daycare, of sorts, taking in wayward children whose parents are in her former line of business or who don't have parents at all. That's how Momo (Ibrahima Gueye), a 12-year-old orphan with a knack for hustling the streets, comes to live with her.

Madame Rosa is tough, but understanding, and given her background growing up with trauma, she can commiserate with her wards who have to mature quickly. She is also dealing with her own health issues, often wandering off, lost in thought and confused as to where she is. Her one source of comfort is the underground cellar in her building where she squirrels away the artifacts from her Jewish upbringing that survived Auschwitz. Momo and Madame Rosa eventually gain an understanding of each other, and as the elder begins to deteriorate, it is the young boy who must step up and ensure his overseer's specified wishes for how she would like to die are granted.

Directed by Ponti, Loren's son with the late film producer Carlo Ponti and based on the 1975 book "The Life Before Us", the film relocates the setting from a working-class Parisian arrondissement to seaside Italy, but retains most of the plot points. That said, the story is slow, and it could easily feel like scenes have been repeated, iterating the same points over and again. It dials into the small, uneventful life of these characters, ones who are often forgotten in society, but who have suffered tremendous losses.

It is Loren's performance that earns "The Life Ahead" any recommendation of a watch. At 86-years-old, Loren portrays Madame Rosa's dwindling lucidity and ailing health with authentic compassion and realism. Some moments she is commanding and in control, the famed actress known for her Italian ferocity and passion on full display; moments later, she is the victim of the very visceral disease that is dementia, her face physically drooping and any hint of emotion evaporated. Everyone else is a bit player in her show, a means to an end. The movie star, though older, has the same on-screen presence and "it" factor that made her a household name.

Not to say the other performances, namely by the young Gueye, aren't noteworthy. The film would certainly not work if he didn't deliver on his emotional, heart-felt scenes and hold his own with his veteran costar. There are sweet moments and powerful statements the film makes; its view of small-town life in Italy is something we don't see often.

Regardless, this film belongs to Sophia Loren, and she is the likeliest reason you will watch.

"The Life Ahead" is streaming on Netflix.