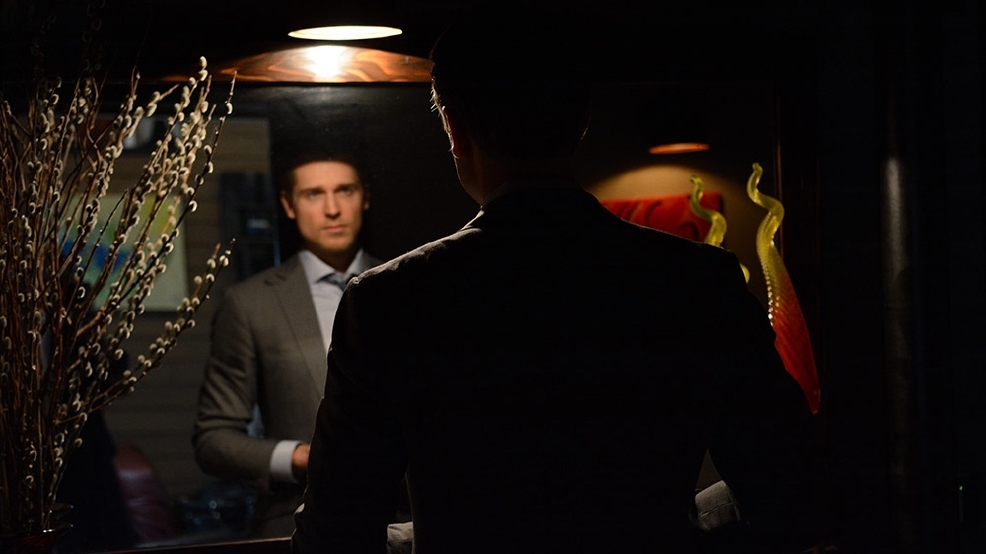 Imagine reading a fictional novel and realizing that almost everything - down to your age, profession, hair and eye color, hobbies and even location - is exactly the same as the main character. This is what happened to Brayden Olson after reading best-selling novel Fifty Shades of Grey.

Before Olson had even read the book, he had had numerous ex-girlfriends reach out to him pointing out the similarities between him and main character Christian Grey.

A steamy romance novel that has sold over 100 million copies worldwide since it's release in 2011, Fifty Shades tells the love (and lust) story of a young entrepreneur, Grey, who falls for Washington State University student Anastasia Steele.

Regardless of the darker bedroom details in the book, the character and Olson share uncanny similarities.

"On more than one occasion women have flown to Seattle to meet me," said Olson. "I've even had the opportunity to meet famous people because they were secretly fans of the book and heard of the association."

The physical resemblance is one thing; both are 27, tall and lean, with copper-colored hair and blue/grey eyes. They also share the same hobbies: boxing, running and even competitive rowing.

But the most interesting parallel is their profession.

"That's what truly surprised me, because we both own holding companies," said Olson. "It really is unusual."

With the identical life to support a fictional character - we had to ask; does he know E.L. James? Is there any way he was the inspiration behind Christian Grey?

"No," he says. "Is its coincidence? Yes. However, it is pretty astronomical and interesting. I mean even physiologically, just in terms of my background, actual bio and the things I'm doing in my career now. I can't even fathom what the odds of having those similarities are."

Other fun comparisons between the characters? Both have never being in love (that is, before Grey meet Steele) and both were voted one of Seattle's Most Eligible Bachelors.

When asked about the naughtier, more famous associations, Olson smiled at first with a polite 'no comment', and then changed his mind.

"I think there is a reason this book has become so popular. I think there's a large amount of people who chose to express their affection in a non-traditional way. Who am I to judge?"

He did say that the "darker" elements of the Fifty Shades story are an opportunity to talk about something important.

"There can be some non-traditional ways for people to show their affection, but a real man would never hurt a woman," said Olson. "Domestic violence is a real problem that goes on in every community. So,

I hope anyone who uses #RealChristianGrey will also #VOWtoEndIt. At the very least, I will."