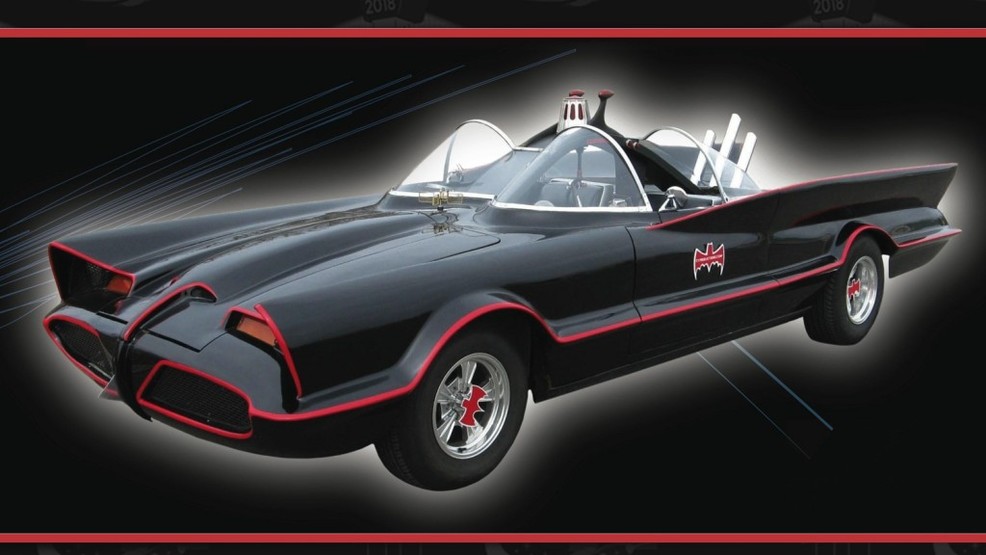 It doesn’t matter if you’re a toy collector, die-hard “Star Wars” fan, or a frazzled parent looking for somewhere to take the kids this summer: The Washington State Toy and Geek Fest has something for everyone.

From June 30 to July 1, celebrities, exhibitors, fans, creators, vendors, and experts will take over the Washington State Fair & Events Center—celebrating all of the props, movies, and video games that make Seattle so gloriously geeky.

Do (or do not, there is no try) come out to the Events Center for an action figure-filled weekend of embracing your inner child. Below is just a small sampling of the people, exhibits, and cars that you’ll see at the Washington State Toy & Geek Fest.

1.The 1966 Batmobile. Kapow! This is a vehicle that needs no introduction. Clint Young, an Adam West Batman lookalike, purchased his Batmobile from a museum in California and spent four years restoring it to the way it looked on the Batman television series. It’s accurate right down to the last detail (it even shoots flames out of the turbine). This is the only Batmobile in the world that has been ridden in and signed by both Adam West and Evel Knievel.

2.Peter Mayhew (aka Chewbacca). The original and iconic Wookiee that everyone knows and loves is coming to the Pacific Northwest. Mayhew played Chewbacca in “Star Wars III-VI,” and “The Force Awakens.” Buy tickets here for a photo op with the legend.

3.Cosplay. Attendees are strongly encouraged to dress as their favorite characters, whether it be from a cartoon, movie, television show, comic book, book, or historical figure. You can dress up for fun or compete in one of the Skill Divisions (beginners, apprentice, wizards, and teams). There will also be “Kosplay for Kids” ages two to 11.

4.The “Z Nation” cast. For die-hard zombie fans, here’s your chance to meet all of your favorite cast members with a VIP package. Keith Allan, Russell Hodgkinson, Anastasia Baranova, and Nat Zang will all be in attendance for a panel, photo ops, and autographs. Man, it feelz good to be alive.

5.Magic the Gathering Tournament. Think you have what it takes to be crowned the first champion of the Washington State Toy and Geek Festival? There will be more than 35 tables to duel and win awesome prizes like a Champions Gaming Mat. Don’t know how to play? Don’t worry—there will be a free “Learn to Play” area for those interested.

6.Bouncy Bedlam. Why should the grown-ups have all the fun? There will be seven bouncy houses—the biggest and best inflatables that will fit at the fair. The cost of Bouncy Bedlam is included in your admission.

7.“Jurassic Park” jeeps. Members of the Jurassic Park NW Division have spared no expense in recreating three different versions of the gas-powered Jeeps from “Jurassic Park,” including Jeep 18 and Jeep 12, both featured in the film. Not only will the members be dressed as “Jurassic Park” staff, but they will also be on hand to answer questions about the film and pose for photos. Bring your kids or be a kid and play in one of the dino dig areas (you may even catch a glimpse of a velociraptor).

8.Comic book artist Jim Steranko. In the comic book universe, this man is a superhero. Wizard magazine listed Steranko as the 5th most influential artist in the history of comics, and in 2006 was honored as an inductee into the Eisner Hall of Fame. The titles are well-earned: he’s spent over half a century in the comic book realm and used that time to become one of the preeminent artists of the Silver Age, serving as not only the co-creator of “Nick Fury: Agent of S.H.I.E.L.D.,” but penning issues of “Captain America,” “The Hulk,” and “X-Men,” all infused with his signature pop art-influenced style.

10.“Transformers” Bumblebee. The great replica (sans the transforming functions) completes the full-sized “Transformers” collection at the Toy and Geek Fest. You can spot Bumblebee along with Optimus Prime, Galvatron, and Onslaught.

The 2018 Washington State Toy and Geek Fest takes place June 30 – July 1 at the Washington State Fair & Events Center. Buy your tickets online and learn more about the event at www.toyandgeekfest.com.