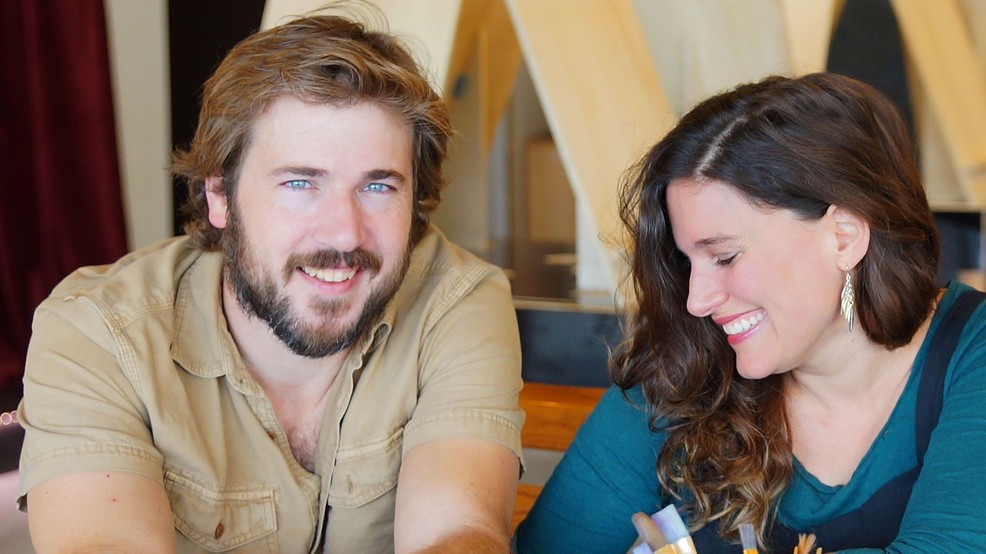 In 2016, my husband Mike took a much needed sabbatical from his fancy career in finance -a reward for forking over ten years of his life to "The Man."

The sabbatical started with pneumonia, morphed into a whole lot of soul searching, and ended with a beard and a great awakening.

For over a decade, we had enjoyed financial security, all for the low price of Mike's sanity. His suffocating stress, mind-numbing fatigue and generalized discontent bought us the American Dream! I held down the fort and tried to make home feel better than work did. But his job had an all-access pass to his life. It stayed close to the chest even when he was supposedly "off", like a chronic cough or a nagging injury.

It was ironic then, that pneumonia marked the beginning of his leave. A heavy weight on his chest being painfully expelled. For the first time in a long time, there was room for his heart.

Upon returning from sabbatical to the fluorescent lights and sea of screens, it was clear that Mike's tenure as a corporate-type was coming to a close. But our next steps were not yet clear. A family of six can't exactly just hop off the hamster wheel and hope for the best. Hamsters need to eat. Especially growing hamsters.

So we started praying in anticipation that next steps would appear before us, like a millennial video game - little blue and pink arrows pointing us away from the wheel and toward both sanity and provision.

It didn't really work that way though. Instead, our prayers led to an overhaul of our marriage and revelation of areas we both deeply needed to grow. It was strangely painful, beautiful and important. Without it, we may not have had the provisions needed to take the road less travelled - a road littered with "happy little trees."

It was 2018. The Marvista Elementary school auction was looking for donations. My PTSA participation had been subpar so far that year, and I had cut back on mascot-ing after an unfortunate incident on Field Day involving a small group of sixth graders and their desperate search for my true identity. So, I felt obliged to support the school's fundraising effort in some form. Often families who don't have a tangible item to bestow host an event of some kind. I loved painting (and was a fan of sipping), so hosting a paint-and-sip function seemed like a solid idea. Mike dressed up as Bob Ross and made homemade lemon drops for the ladies. The night was magical. Bob was on point, the playlist I assembled was the stuff of legend, and although I fancied myself an amateur painter, I felt like I was in my element.

Reflecting on the wonderful evening, I thought: This could be our business.

Mike cautiously considered, but didn't bite. Not yet anyway. Months lapsed before the idea rose to the surface again. This time on Shark Tank. Apparently, Paint And Sips weren't only a thing, they were popping up all over the country! Even Barbara and Mr. Wonderful were interested in their profitability. It was then that Mike saw the hook, and took the bait. He put in his notice and we left the safe harbor of corporate sponsorship to brave new waters: together we created the Heart Gallery Paint and Sip.

It is wise to be fiscally responsible. It is important to be forward thinking. It is a kindness to be prepared. All these lessons we give to our kids in hopes that they will live comfortable, happy lives. But the greater lesson may be that risk is a far greater predictor of reward than fear, and that investing in each other is more important than investing in a 401k. One is a legacy, the other a safety net. And since a smooth sea never made a skilled mariner (FDR) we choose legacy.