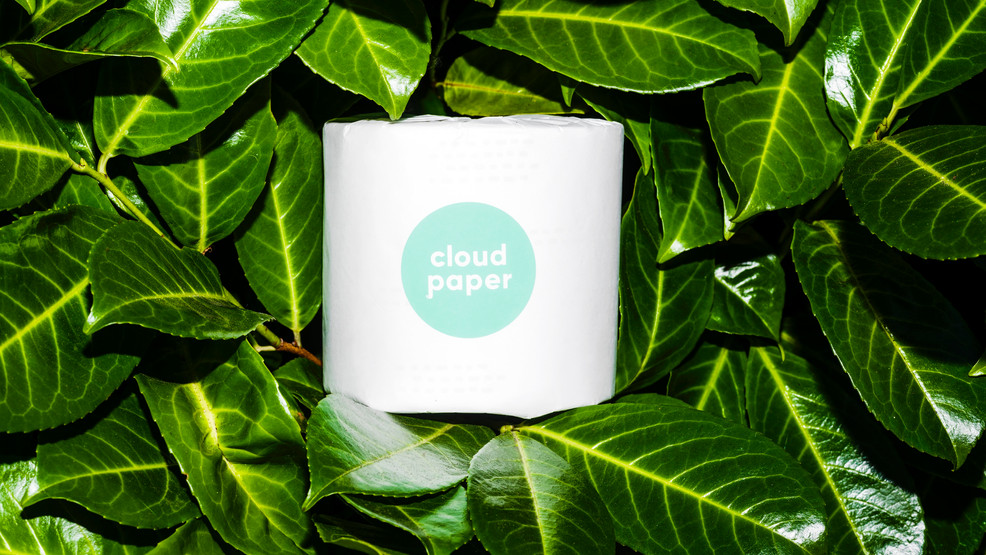 Ryan Fritsch is the first to tell you, he didn't expect to end up in the toilet paper business. He studied political science during his undergrad days at the University of Washington. But as Fritsch and his good friend Austin Watkins looked into ways that could make a positive impact on the planet, the duo realized something as simple as T.P. could have a serious impact. That's why they founded Cloud Paper.

"Cloud Paper is a company on a mission to end deforestation from traditional paper products," said Fritsch. "What that means day-to-day for consumers is we make paper products like toilet paper out of tree-free materials."

Cloud Paper makes its toilet paper out of 100% bamboo and ships it direct to customers. The company boasts some big-name backers including Gwyneth Paltrow, Mark Cuban, Ashton Kutcher and, most recently, Robert Downey Jr., who invested in Cloud Paper through his Footprint Coalition.

"It was definitely a pinch yourself moment when some of those greats signed up to be backers," Fritsch told me. "But, it just goes back to everyone can see the impact they want to have and that's the driving force in all this."

Bamboo toilet paper is not a new concept. In fact, it's been around for decades. At Cloud Paper, the belief is if more and more folks in the U.S. make the switch to bamboo it will have a big impact on the environment.

"Deforestation is a huge contributor to the climate crisis. Oftentimes when people go buy their toilet paper, they don't realize their toilet paper is often coming from old growth forests. Forests that take 50-plus years to reach maturity and have to be re-planted," explained Tori Kiss, Cloud Paper's Head of Operations. "Bamboo is a wonderful alternative to tree-based paper because of how renewable bamboo is. It's technically a grass. It grows up to three feet a day and it's ready to be harvested in as little as three years."

Of course, when it comes to toilet paper, people have preferences. So, will you feel the difference with bamboo?

"That's definitely the first question we get a lot. It's soft," said Kiss. "If you are very particular about your toilet paper and really like that ultra, ultra plush toilet paper it's not going to feel the same, but for most people [Cloud Paper] meets the bar in terms of comfort."

Some of Cloud Paper's first customers were staple Seattle businesses like Molly Moon's and Restaurant Homer. Now, the company tells us it's in thousands of homes around the country, including many who discovered Cloud Paper during the early days of the pandemic.

"When COVID first happened there was this huge run on toilet paper. We actually had a lot of inventory [at the time]. So, we were getting customers who maybe wouldn't have known about us or thought they wanted bamboo toilet paper. We happened to have toilet paper and we've seen the majority of those people be super bought-in now and excited about their sustainable switch," said Kiss.

Ultimately, that's the mission for Fritsch and everyone at Cloud Paper, to help folks think about something as simple as toilet paper in a whole new way.