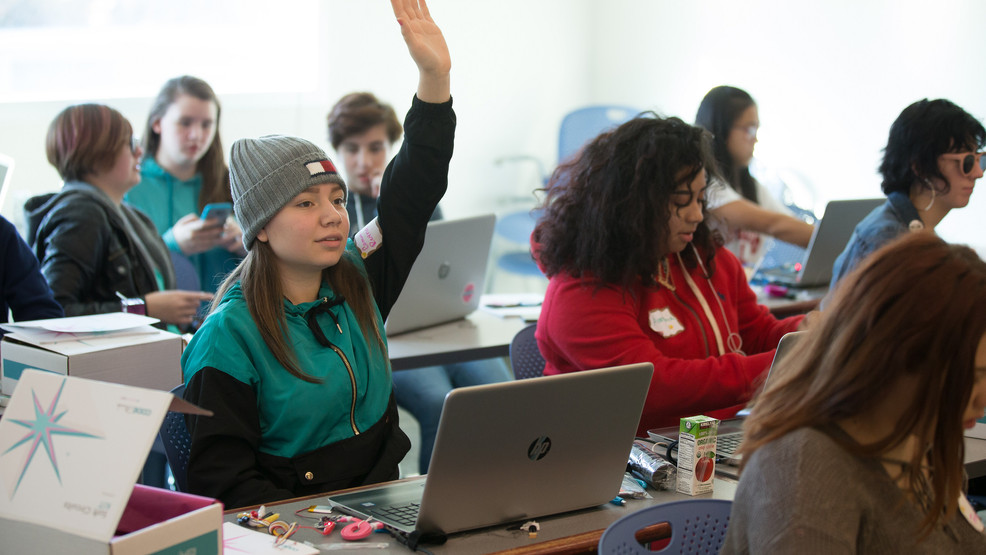 Govi Pusaroa had always been interested in tech but was scared to pursue it — the 19-year-old said she hadn't seen many females in the industry, and she wasn't interested in coding.

So, that was that, right? Wrong!

An advisor her freshman year of high school suggested Pusaroa look into ChickTech, a nonprofit aimed at encouraging womxn* and girls to pursue STEM-based careers. Pusaroa went to a kick-off event, made a mini-robot that she programmed to do a little dance — she was hooked.

ChickTech, founded in 2012, serves tens of thousands of womxn and girls every year nationwide. They work not only to increase the number of girls and womxn who pursue tech but also to retain them in the industry. The nonprofit does this through events, summer camps, mentorship, meetup groups for adults, conferences and partnerships with other organizations.

Being a part of ChickTech allowed Pusaroa to see not only see all the other girls in the program but also women working at companies like Starbucks and Microsoft.

"I grew up thinking that there is only one path," she said. "Being able to talk to so many female mentors [at ChickTech], I realized there's not really one path; it's more of a maze."

This experience inspired her to stay in the program as a student and pursue being a part of ChickTech leadership when she graduated high school — which she did. She's currently a college freshman studying business intelligence and cybersecurity, working at Microsoft and volunteering with ChickTech.

"I want to be part of inspiring girls and women [interested in STEM fields], despite how many of themselves they see in their specific field," she said.

ChickTech works with students, professionals and organizations in hopes of a technology industry that's inclusive and safe for everyone — whether it's equal pay or equal treatment for womxn.

Like Pusaroa, Dawn Mai was introduced to ChickTech her freshman year of high school by her programming teacher.

"He said it was a free program for girls in STEM like me. I was hooked with the word free," said Mai. "I signed up with nothing to lose, and it was one of the best decisions I've ever made."

Today, the 18-year-old is interested in software engineering and wants to develop entire programs, possibly involving cybersecurity. She also attends 80-90% of the monthly ChickTech workshops and volunteers with the high school program.

Mai feels passionate about paying it forward and giving back to other youths who may have reservations about pursuing STEM just like she did.

"I hate to see middle schoolers give up just because they're only seeing guys building robots and winning competitions," she said. "The mentors who reached out to me? I wouldn't be where I am without them."

We're proud to partner with ChickTech on their ACT-W+ (Advancing the Careers of Technical Womxn) Conference, happening virtually August 26-28, 2020. The digital community for womxn and allies in tech hope to boost careers, and connect womxn - no matter where they are. Find out more about ChickTech, and attending the ACT-W Conference online.

*The word womxn is used as an alternative spelling to "women" to be inclusive of trans and nonbinary women.