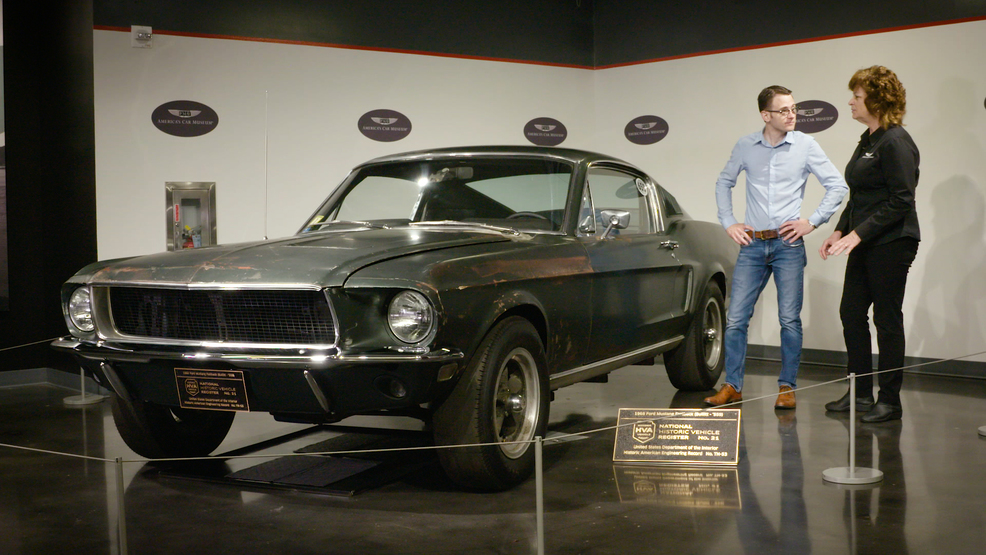 The Mustang from [arguably] the greatest car chase scene ever, is in Tacoma right now

1968: Bell-bottoms were in, The Beatles topped the charts and gear-heads around the world went ga-ga for the car chase in the film "Bullitt", a detective thriller starring Steve McQueen and a highland green '68 Ford Mustang GT 390 Fastback.

The "Bullitt" chase is considered by many to be the greatest movie car chase ever. It featured high speeds, impressive power-slides and incredible jumps on the hilly streets of San Francisco, long before the days of fancy computer-generated special effects or tiny, digital video cameras on suction cups.

And now - the Mustang from the movie is in Tacoma, on display at LeMay, America's Car Museum.

"It still has a lot of the original equipment," said Renee Crist, of LeMay, pointing to the square pieces of steel welded to the bottom of the car. "The camera mounts are there from when they mounted cameras on the side for filming."

The paint job on the car looked a little...dull. And that's on purpose.

"People think it's just dull because it's old, and it is," she said. "But they dulled it for filming so they wouldn’t have the reflection of the cameras."

Other movie-car details include a crudely de-logo-ed gas cap, a hole in the floor for a smoke machine (for extra burnout smoke) and Crist says there even might still be a roll of gaffer's tape in the truck left there by the "Bullitt" film crew.

This 1968 Mustang is totally original and un-restored - part of what makes it cool.

"Normally movie cars are destroyed, but this one went on to have a life of its own," said Crist. "It was sold to the stuntman [from the movie] and from there went to another gentleman and then to the family that owns it now. This was their family car. The mother drove it to school each day, she was a teacher."

The "Bullitt" Mustang's whereabouts were unknown to Mustang and movie fans until recently and the car's return to the limelight has been epic. The 1968 Bullitt Mustang has been on tour around the world and even ran at the Goodwood Festival of Speed in England (chasing a Dodge Charger, just like the movie).

This ultra-rare Mustang will be on display at LeMay, America's Car Museum in Tacoma through July 14th.

And no, you can't drive it. But Ford will sell you a new Mustang inspired by this one and it comes with a warranty. Have fun!