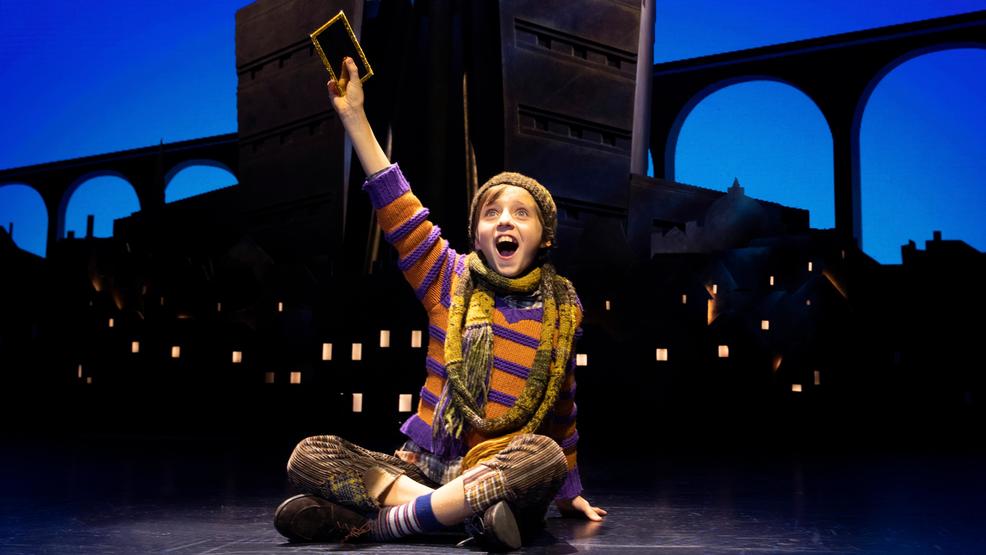 Charlie and the Chocolate Factory is the golden ticket when it comes to fun and fanciful musicals. (Courtesy Joan Marcus)
SEE MORE

It's the Golden Ticket when it comes to fun and fanciful musicals!

The story of "Charlie and the Chocolate Factory" is now onstage at the Paramount Theatre in Seattle.

"Willy Wonka is a chocolate maker," said Brynn Williams, who plays Violet Beauregarde. "A world famous chocolate maker [who] comes up with this contest idea where he’s going to put five golden tickets in his chocolate bars and the winners get to go and have a tour of his factory."

Williams and actor Daniel Quadrino (who plays Mike Teavee) savor their roles in this sweet and slightly scary story.

"We are one of the five golden ticket winners that get to go on the factory tour," explained Quadrino. "And the winner of this tour gets to get something really special that we don’t know about. One by one the bad kids go and we get to follow Charlie Bucket’s story through this awesome factory full of magic."

The classic plot that everyone loves is here - along with some new twists.

"Both Violet and Mike Teavee have a modern update in this stage production," said Williams. "Violet is a social media queen - she has tons of followers on Instagram and she has a channel on Youtube with 50k subscribers, so that everybody can follow her gum chewing journey."

"Mike still loves violence, so we still got the OG sentiment," said Quadrino. "But it’s updated - he’s a computer nerd tech wizard hacker and that’s how he finds his ticket."

While the mysterious Willy Wonka plays a major role in this tale, Charlie Bucket is a character that everyone can root for.

"Everyone just loves Willy Wonka because anybody can relate to Charlie," said Williams. "It’s great to see the underdog win. Charlie is a perfect example of everything that is good and kind and optimistic."

Like a box of chocolates with different fillings inside, there's a wide array of songs in the musical - from traditional fan faves to some delightful surprises.

"We have 'The Candy Man', which is the most amazing song ever," said Quadrino. "I love hearing it every night. And we have some really awesome new music by Mark Jamine and Scott Whitmanand, Tony award-winning composers. We all have these new songs that give a nice hand to these old songs by adding a modern twist. It's really awesome."

Playing competitors on stage together is a blast for these two real-life friends.

"We’ve known each other for 10 years," said Quadrino. "It’s a competition aspect, so it’s fun to pretend to hate her."

"Yeah and because Danny and I are such great friends," added Williams. "There’s also the aspect of, he knows me so well - and if something goes wrong or I need to step away or step in the back, he can kind of read my face, and know to step in front for a second."

Although it's based on a kid's book - the stars say this story is for everyone.

"It’s a classic tale that everybody can relate to and it’s a beautiful story about hope and the power of imagination," said Williams.

Catch Charlie and the Chocolate Factory at The Paramount Theatre through August 11th, 2019.