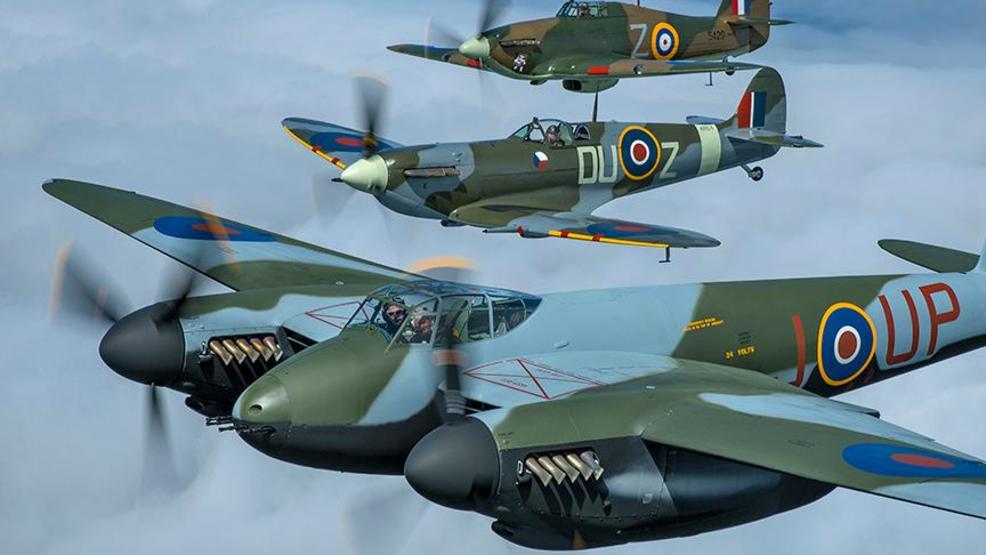 The Flying Heritage and Combat Armor Museum in Everett offers visitors many ways to learn about the conflict and technology of World War II. It’s near impossible not to be mesmerized by war machines like airplanes and firing tanks.

The legacy of Paul Allen’s Flying Heritage & Combat Armor Museum began in 1998 when Allen started acquiring and preserving iconic armor and warbirds, many of which are the last of their kind. The aircraft, vehicles, and rare antiques found in the Flying Heritage & Combat Armor Museum illustrate the engineering skills and the spirit of a nation during the world conflicts of the 20th century.

This Saturday, July 21, you can be transported back in time and view authentic artifacts, witness fighter planes, and see a new, mystery tank at the Museum’s SkyFair event. Aircrafts such as the North American B-25J Mitchell, North American P-51D Mustang, Republic P-47D Thunderbolt, and more can be viewed alongside vehicles like the 88mm Flak 37 Anti-Aircraft Gun, M60A1 Patton Main Battle Tank, M4A1 Sherman Medium Tank. More than 10 food vendors will serve a variety delicious fare. This family-friendly event starts at 10 a.m. and goes until 4 p.m.

Learn more about The Flying Heritage and Combat Armor Museum’s SkyFair on their Facebook page and click here to purchase discounted tickets.