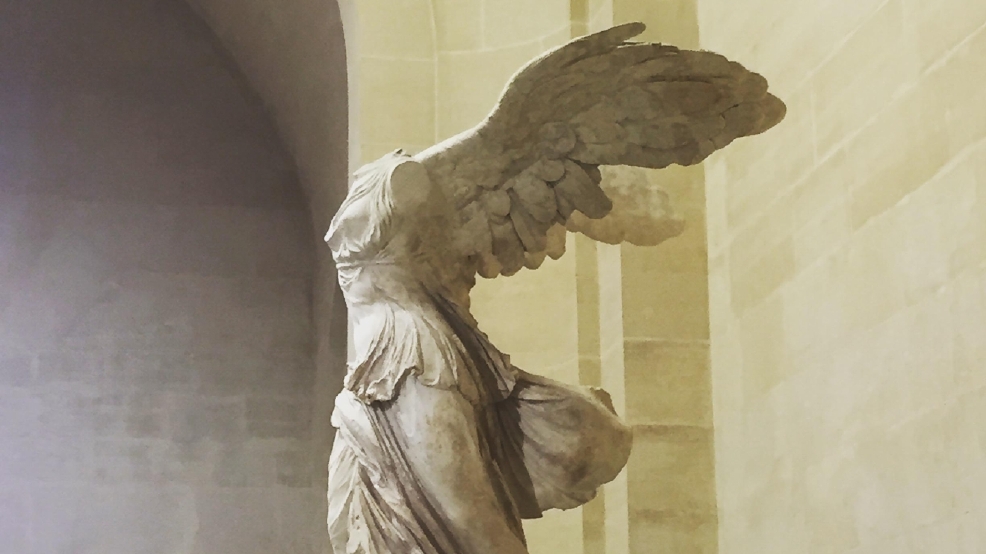 Our writer Susan Galbraith is also a singer/songwriter! She is touring Europe right now promoting her new album "Some Freedom", and blogging for us as she goes. First stop was Amsterdam, then Munich - next up is Paris!

Well, I have officially fallen in love with Paris, cliche as it may be. I have to admit, I've heard all the hype about Paris and was trying to keep my expectations realistic - but the entire experience I had in that city absolutely took my breath away.

My excitement started to build after receiving a flood of tweets stepping off the plane from Germany informing me that my album was officially on rotation via a Paris-based radio station. Hearing my music on in the States was cool enough but to have my songs sandwiched between talented European artists made me absolutely giddy as we rented a car and prepared to drive to Paris that following morning.

After a couple missteps figuring out the quirks of a European manual car, (you have to lift up the gear shift to put it in reverse) we were on our way. Driving into the city was surreal as the sights I've always seen glamorized in movies came into view. Every single building was a different shade of beige decorated with beautiful black swirling balconies that tied the city together like a beautiful bow.

Dropping the bags off at our quaint AirBnB, our hunger fueled our quest for the perfect French cafe.

Which we found on every block.

We took a seat at one of the tiny tables that lined the windows of the picturesque restaurant we chose. I suddenly began racking my brain for every common phrase my two years of high school French class had left behind. I had heard that the Parisians have a tendency to not be as patient as the Dutch when it comes to speaking English. Feeling fairly confident, I began ordering in French. Most of the time they'd smile and switch to English, grateful for my effort....or they'd start speaking a mile a minute in which I was forced to admit defeat.

We sat there sipping incredible wine, eating even more incredible cheese, as we watched the cars in front of us struggle to parallel park, even bumping and hitting the cars on either end in their attempts to get out. Fellow patrons would raise a glass and chuckle as if it happens every day.

With alcohol laws being close to non-existent, we purchased a bottle or two to bring with us to the Eiffel Tower. I was blown away by the sheer size of the legs of the tower as tourists, locals, and merchants buzzed excitedly around it. Boarding a boat tour and leaving just at dusk, the Tower began its famous light show, just as we pulled away from the dock. I have no doubt that this epic sight will make even the most cynical of folks get swept away in the romance of it all. It was one of the most beautiful things I had ever seen and countless pictures later, I couldn't stop staring at it.

Moving slowly under bridges ornamented with gorgeous statues and streetlights, the whole city was illuminated and sparkled like a choreographed dance.

The next morning, walking out of the hotel, I followed the smell of fresh baked bread to the best croissant in the world. In addition the cute small cafes and restaurants, every market or convenient store around had all fresh bread, cheese, and fruit.

You never hear about gluten allergies, or dairy-free products anywhere over here!

Without preservatives and added sugar, the only food available is real and healthy. Which is why I rarely saw anyone who wasn't in great shape. And the fact that wine is expected with every meal is an added perk for sure.

We waited in line for The Louvre for about fifteen minutes. Usually horror stories include getting in line at 6 a.m. and still have hours before entrance is admitted. Taking the time to grab fresh espresso and walk over there, I was shocked that it was such a breeze. Once inside, it was a bit of a frenzy but the amount of breathtaking art complete with it's history, made it totally worth it. The Mona Lisa was very small and hard to admire as flashes of lights and pushy crowds attempted to get the perfect selfie in front of it. I was surprised by the lighting of the painting and how her face seemed to glow. My favorite was the Winged Victory of Samothrace - majestic and proud at the top of one of the main staircases, the mystery of the artist made it that much more intriguing.

Notre Dame was equally as impressive but in a very different way. Thinking of how many people have come to pray there over the hundreds of years, the way they've preserved the traditions of the Catholic Church, and the structure itself would make anyone take pause. The option to give a small donation and light a candle for someone made the tour personal. I felt like I could stare at the paintings and statues for days in there and still not see everything.

If I had money to burn, it would be on shopping in the streets in Paris. Rows and rows of pristine windows and white walls boldly presented designers such as Gucci, Prada, Louis Vuitton, Dolce & Gabbana; the list goes on and on. I don't have the ability to splurge on items at these places, but hey - a girl can dream!

Everyone we met was incredible nice and helpful, from the cab drivers to the restaurant managers. This is the perfect city to come to as a couple in love, but isn't wasted on a group of friends either. I will definitely be back as soon as I can and in the meantime, will call upon these memories anytime I feel like being swept away in romance. Whether thats in regards to love or love of wine. I'll take both when it comes to Paris.