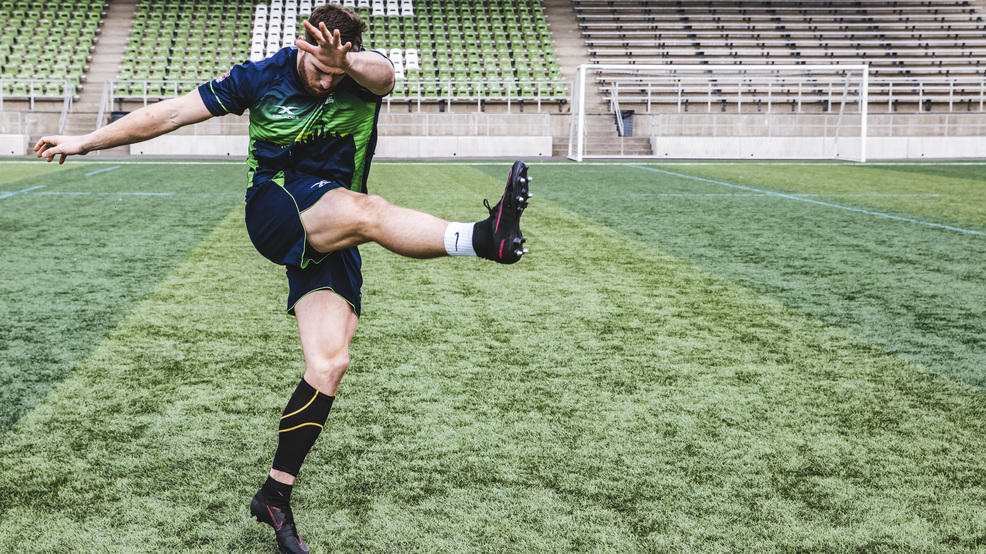 When we learned that Seattle was getting a Major League Rugby team, we knew we wanted to get out and photograph the players.

If you've ever seen a rugby match, nine times out of ten, someone is coming out with a bloody nose, scratched up limbs, and grass stains all over their jerseys. Photo portrait gold? You bet.

What can I tell you, I loved this shoot. Maybe it's because I played rugby in high school or maybe it was because I'm a 23-year-old boy-crazy-gal who bossed around a group of players after a sweaty, endorphin-filled practice. I don't know, you tell me.

Anyways, I'm not here to tell you about my attraction to athletic men, but I am here to tell you how excited we were when the Seawolves team agreed to participate in a shoot where we aimed to capture them in a different way; not just your average portrait series, but in a way that we could showcase their athletic talents, personalities and demonstrate facets of rugby, including a scrum and a "line-out" where two props lift up a flyer to catch the ball (see the gallery to know what I'm talking about).

I grabbed my pal and trusty photographer, Sunny, and headed down to Starfire Stadium to meet the guys. Wrangling around a group of rugby players was no easy feat, but it was so. much. fun.

We hope you enjoy the gallery just as much as we had creating it.

YA GONNA BE STARS, KIDS!

You can catch the Seawolves at their home games at Starfire Stadium in Seattle's Southside. Take a look at their calendar to grab some tickets!