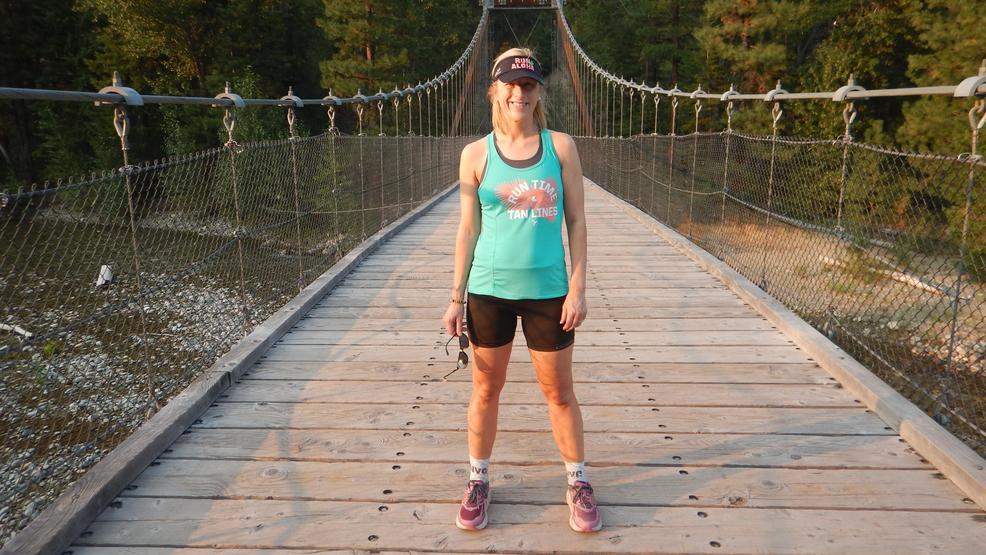 More than a Marathon: Local author's inspiring journey, one step at a time

It's a sunny spring day at Seattle's Green Lake. Marathoner Amy Roe runs the trail with a stride filled with strength and determination.

Her road has been a long one, full of peaks and valleys. She's sharing her inspirational story in her new book "Becoming Boston Strong", but it all started in 2004 with what seemed like a misstep, when Roe's personal and professional lives were both suffering.

"I had just lost my job," she said. "I didn't know any people. I was in Portland. I had moved there for my job. And I was really depressed. I really sort of didn't know what to do next. And so I decided to run a marathon - kind of on a whim."

Focusing on that goal gave her some structure.

"I had this training plan, I had a group, and I had everything up until race day planned out," said Roe. "At least with running - and it was it was the one part of my life where I actually knew what was going to happen. And that was so comforting to me."

She thought that this race would just be a stop gap for her, not necessarily a way of life. Through her running club, Roe made some amazing friends, finished her first marathon and realized she really loved running.

"When I finished, I never thought about the next thing immediately," she said. "And I've heard this saying that you can't start thinking about doing another marathon until you've forgotten your last. So I kind of took it one race at a time."

Over the next decade or so, she trained and ran ten more marathons! But there was one special race she set her sights on.

"The Boston Marathon is definitely more than a race," said Roe. "It's 26.2 miles and it's competitive in the sense that you have to qualify for your age group and your gender. It's more than a marathon and for many people that strive for it it's just kind of a way of looking at things, because it inspires you to be a better person and a runner."

"I was so excited," she remembers. "I was so excited to finish! It was a beautiful day. The conditions were perfect and I was so so grateful to finally be able to run the Boston Marathon I wanted to run."

Roe crossed the finish line in just three hours and forty six minutes. It was one of her top times, but then triumph turned to terror..

"It was probably about 20 minutes [later] and I just heard a loud boom," said Roe. "And then I turned in the direction of it, and I heard another one and about the same time I just saw a plume of smoke in the sky. So I had a pretty good idea of what had happened. I just knew it was something terrible and it didn't look like an accident."

Roe's husband Dan Liberator, an editor at KOMO TV, was there to cheer her on.

"At that time I was wondering 'Is he there? How close is he? Did he see this?'"

Turns out Liberator heard the first explosion, and saw the second - but was not hurt in the blast. Roe wasn't either, since she had already made it over the finish line before the explosions.

"It's not unusual for me - if you have a bad day you could be a lot slower and that was something I think about all the time," she said. "I was just so lucky to have a good day."

After that, there was a lot of focus on the tragedy.

"Which of course is only right," said Roe. "But I also felt there was so much to the Boston Marathon people didn't really know about. I really finally came to the conclusion that the only way I could tell it the way I wanted to and as honestly as possible was to tell my own story."

The book, "Becoming Boston Strong" is part personal story and part love letter to the city that's come to symbolize strength and resilience.

"I spent so much time trying to get to the Boston Marathon and striving that would be the thing that would make me a real runner or make me legitimate," she said.

For Roe, Boston is much more than a spot on the map. It's a place in her heart.

"I realized after I had gotten there that of course it was everything I did along the way and all the relationships that I had that were really that was the Boston Marathon. I already had it."