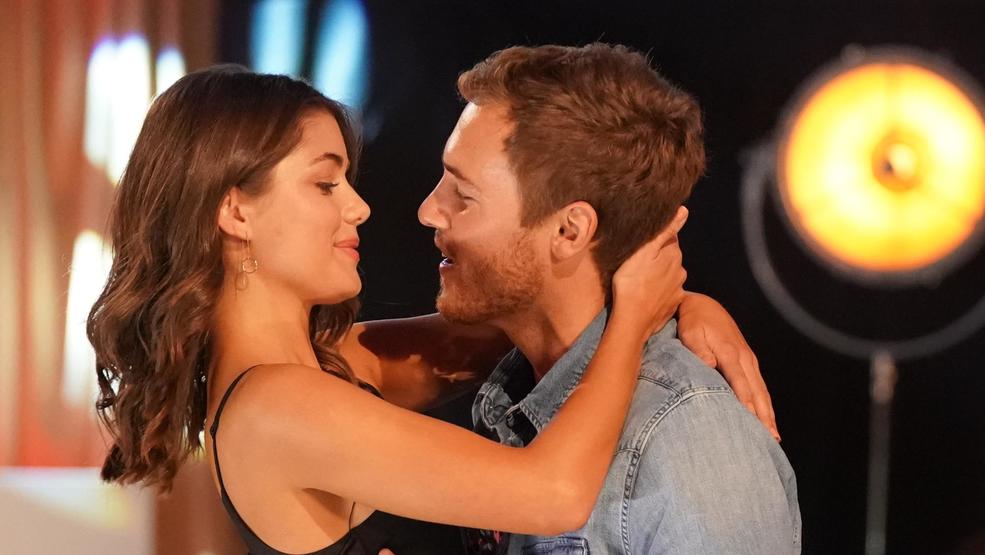 Bachelor Breakdown: Let's get physical! Or, maybe not

Whhhhooooooa daddy. This one was a doozy. Last night's episode of 'The Bachelor' picked up with Madison taking Peter aside to talk to him about something. The "something" is, the entire audience is assuming, that she is saving herself for marriage and Peter doesn't know this yet. While I respect Madison's decision, it's her life/body/faith, it is a little late in the relationships to bring this up, IMO.

But that is not what Madison talks to him about, not really. What she is trying to get across to Peter is that she will feel really uncomfortable, and she may not be able to stay, if he sleeps with anyone else on these Fantasy Suite dates. Peter looks a little bewildered, you can tell that he's taken off guard. While, to the outside world what Madison is doing isn't crazy (i.e. asking her boyfriend to not sleep with other women), in Bachelor World it's a little dicier. She's essentially asking him to pick her, right now, or let her go, right now. That's not the way the timeline of the show works, and I don't think Peter is ready yet - I think he needs these two more weeks for clarity.

But Madison doesn't leave, just tells him it will be a big deal, and the awkward foursome jets off to Gold Coast, Australia. For the first time, Bachelor producers have put all three of the women up in the same hotel suite, which means that they will all be seeing each other coming and going from - ostensibly - Peter's bed, throughout the week. Cringe. It's one thing to know it's happening, to assuming it's happening - but to see the morning after? No bueno.

First up is Hannah Ann, who at this point is 100% fully invested in Peter and is not afraid to tell him. All the time. She even does the opposite of what Madison did, which is to tell Peter she is fine with him sleeping with the other women if it brings him more clarity. This means a ton to Peter (obviously, he literally got permission to have his cake and eat it too), and she accepts the Fantasy Suite date card.

The next morning Hannah Ann returns to the suite for an awkward sit down with the other women, who are obviously curious as to how it went, but don't want to know too much. Madison is slowly devolving even further, and after Victoria leaves for her date, tells Hannah Ann what she told Peter - that she kind of gave him an ultimatum on intimacy with other women. You can tell Hannah Ann feels awkward, she is, after all, fresh off a night with Peter, so she doesn't say much.

On Victoria's date, Peter brings up the crux of the issue: that everything is great in their relationship except communication. Huh?! That feels - important. But nevertheless, the two go a full date without bickering or fighting, though they get close to it at the dinner portion of the date. Both are on Cloud 9 from their fabulous day, and Victoria breaks down in an interview about how much she loves him. This is the most positive emotion we've seen from her, like she really does like/love Peter, and she accepts the Fantasy Suite date card.

The next morning, same thing - though this time we see the two of them snuggling in bed. Why didn't we see this with Hannah Ann? Are producers trying to make us wonder what happened on that date, but bang us over the head with what happened on Victoria's? Curious. Either way, Victoria returns back to the suite to talk with Hannah Ann and Madison about her date. Again, awkward.

Now it's Madison's turn, she is last - because the producers are mean. She is going in knowing that she told Peter it would be a problem for her if he slept with two other women, and then he went to the Fantasy Suite with both. Regardless of the looming conversation, Madison and Peter seem to have a great date. They're climbing a building, and as she reaches the top she says that she has the epiphany that she is in love with Peter, which we hadn't heard from her so far.

The dinner portion is where things gets intense. Madison finally ends up telling him about her virginity, and you can tell things click a little bit more for Peter as to why intimacy is such a big deal for her. She also asks him outright about sleeping with the other women, which he admits to. She walks away angry and disappointed, and we truly don't know whether she's coming back...

But we'll find out next week, and we'll see all the drama from the entire season rehashed on the notorious Women Tell All episode.