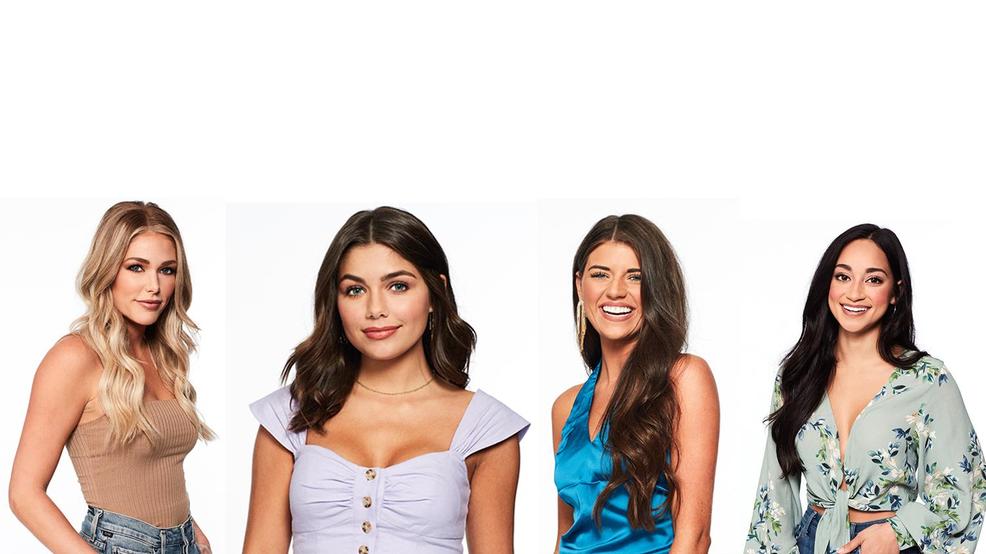 Bachelor Breakdown: Too many red flags to count

If you were watching last night's episode of "The Bachelor" and found yourself screaming at your TV by the end of it, you weren't alone. But before we get to the [worst] decision Peter's made on the show thus far, let's breeze through the first three Hometown Dates of the episode which were, by comparison, pretty normal.

First up is Hannah Ann, who is smitten KITTEN for Peter, and she tells him all the time. They do some ax-throwing and chop some wood in an effort to "man" Peter up for Hannah Ann's forester father, and Peter reads Hannah Ann a note that he wrote her about why he loves her heart. Note: He does not, at this point, say he is falling for her. At the family dinner, when he tells her father that he is considering telling Hannah Ann he is falling in love, her Dad reacts strongly. "I'd rather you not tell her" he says, until Peter knows for sure. I think what Hannah Ann's dad was saying was, 'Don't tell her until you know it's going to be her, for sure" but Peter took is another way, and ends up telling her he is falling in love. Kiss kiss, hug hug, and he's off to Iowa to see Kelsey.

Kelsey's date goes much the same, as the two stomp grapes and make their own blend of wine, which is - as Peter puts it - a cornerstone of their relationship. Absolutely shocking that alcohol is a big part in a Bachelor relationship, huh? Kelsey reiterates her love for Peter, and he is noticeably silent, which is foreboding for what's to come. That night at dinner with her family (Dad is not there and not mentioned at all, which is weird given the dramatic lead up the show did last week), Kelsey's mom gives Peter a similar talking to as Hannah Ann's Dad did, i.e. "Don't break her heart." Kiss kiss, hug hug, and he's off to to Auburn to see Madison.

Madison has been a rare contestant on this show this season: she's simultaneously remained a top pick because of early dates, but also stayed out of the drama and limelight as well. In fact, we rarely have seen her these last couple episodes. But last week, this week, and next week it looks like that is all turning around. After a wonderful day of basketball at Auburn University where her Dad coaches, Peter has dinner with the family. While Peter doesn't know it, Madison and her family talk freely among themselves (and the viewers at home) about her decision to save herself for marriage, and whether that's going to be a big deal for Peter. It's hard to distinguish whether the family is worried about Peter's faith, or specifically his ideas around sex - they are blended together so completely we as the viewers are wondering what's the bigger deal here: Peter's religious beliefs, or his reaction to Madison's news. We don't find out this week, as Madison decides not to tell Peter that night, after her family voices concerns. Kiss [apprehensive] kiss, hug [apprehensive] hug, and Peter's off to Virginia Beach to see Victoria.

This, folks, if where it gets good. And when we say good, we mean sh*t hits the FAN.

After a whirlwind relationship of fights, dramatics, tears and angst - we finally see Peter and Victoria having a FUN DAY. No fighting, all smiles, and Victoria seems much more laid back then we've seen her all season. They walk her dog on the beach, and go to a private Hunter Hayes concert at her favorite bar (how does she have all these country star hook ups?! Pun intended). As they say goodbye to get ready for the evening portion of the date when he'll meet her family, Peter is stopped randomly by an ex-girlfriend who happens to live in Virginia Beach. She knows Victoria, and warns Peter to be careful, as she's "broken up several families."

Crash. Bang. Boom. Just when we thought this might be the first and only time these two have had a non-dramatic interaction, this happens. Peter heads to Victoria's family home, and before they even go in, it starts. Sitting on the front steps, he tells her about his run in and what his ex said, and asks her to explain. Victoria LOOSES IT, which is understandable to be caught off guard, but the way in which she looses it is...a little much. She starts cutting Peter off, mocking and mimicking him, shutting down completely, getting kind of mean and sassy, and then just walking away. When he tries to communicate that he's just trying to have a conversation and is confused as to why she is walking away, she asks him point blank why he cares, and why he stays if she keep trying to leave.

If Peter knew what was good for him, that would have been the lightbulb moment where he said, 'You know what? You're right. Why am I staying?" And for a moment, it looks like he might do just that! He gets in his car and leaves the home, without ever meeting her family. America breathes a sigh of relief: this, surely, will be the end of the most dramatic duo in Bachelor history.

Knock, knock. It's Peter's hotel [motel? Looks honestly like they may have blown all their Virginia Beach budget on Hunter Hayes] door. It's Victoria, here to apologize for her behavior last night. Peter responds with all the reasons he sees red flags:

And guys, remember - this is what their relationship is like a TWO MONTHS. This is their FUN, HONEYMOON stage. After listening them out (and Victoria agreeing with all of them), she tells Peter she is falling in love with him despite all this, and that the ball is in his court.

And what does he do with that ball? He screws up the whole damn game. At the rose ceremony, he keeps Victoria and sends Kelsey home (this the *screaming at the TV* heard round America). Peter, Peter, Peter. At least things will get easier for Fantasy Suites, right?!

WRONG. If the teaser for next week's episode means anything, next week's show is going to be highly dramatic and contentious - but thankfully Victoria will seemingly not be in the center of this, but instead, Madison.