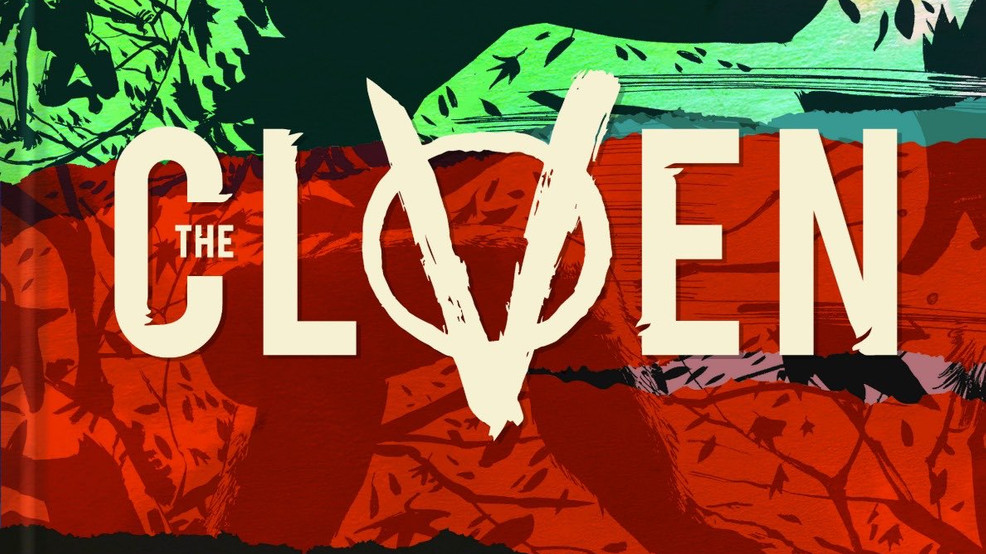 Did you know that New York Times bestselling author Garth Stein calls Seattle home? He's a prolific writer, and it was more than a decade ago that he penned the tearjerker (and mega-hit book) "The Art of Racing in the Rain." Seattle Refined first caught up with Stein in 2018 when the movie production based on his novel had just wrapped. Fast forward to summer 2019, we caught up with Stein again as his beloved book lit up the silver screen. Now, he's got a brand new work out — and it's unlike anything he's ever done before. Stein has written the graphic novel titled "The Cloven," and it was drawn by another local, the uber-talented Matthew Southworth. We sat down with both Stein and Southworth [virtually] to get the scoop on their project!

Seattle Refined: Garth Stein, it's so great to see you! It was just two summers ago that we were with you talking about your book "The Art of Racing in the Rain" and the movie that was coming out.
Garth Stein: Yeah, it was really exciting. I remember that. We went to the racetrack a little bit and we came back and I showed you my project. At that point, it was just bad color photocopies. I'm really excited about this, it's a graphic novel. I'm working with the illustrator Matthew Southworth, he's super talented. So I did the script, and he does the drawings, and it's called "The Cloven." It's about goat mutant people who live over in 'the jungle right here near my office.'

So, now "The Cloven" is finally coming out, and I got a chance to look at it - it's gorgeous.
Stein: I tried to write "The Cloven" as a novel first. And I gave it to my wife, Drella, who's always my first reader, and she read it, and she promptly said no — this is not gonna be the next book. And I was really disheartened because I really enjoyed this character Tuck, and then I thought maybe I'm telling it in the wrong way. That's when I started talking to my buddy Eric Reynolds, publisher at Fantagraphics Books. It went from zero to a million miles an hour in just two short years.

Tuck is a different kind of character for you, can you tell us a little bit about him?
Stein: Tuck is a genetically modified human organism. One of the most successful ever made, and the idea was to end world hunger. Scientists and a rich billionaires realized that if people could have the digestive tract of a ruminant, they could eat far more herbage and stuff outside, and so they go about trying to make a goat human hybrid. And it actually works. Tuck has the digestive tract of a ruminant, but they can't get the hooves out the equation, so they have goat hooves as well.

I love it! Talking a little bit about what's happening in "The Cloven," we are kind of thrown into the story and there's a lot of exciting things going on, and I think it's fair to say Tuck is trying to figure out who he is.
Stein: And he is trying to find his place in the world. So, in that sense, it is a universal story. I tend to liken it to Mary Shelley's "Frankenstein." You know, this quest for my creator, a quest for a home, a place for me to belong.

So, why goats? Why is Tuck part goat instead of something else?
Stein: I need to go out there and do. I need to get in the race car, I need to go climb a tree if I'm gonna write about a tree. So, I went and spent some time with some goats. And goats are really fun characters, and I wanted that idea of sort of the love of life you know that goats have — the curiosity, the inquisitiveness.

You got to work with Matthew Southworth on this, what was that process like?
Stein: It's been a real dream to work with someone as talented and as generous with his creativity as Matt.

Matthew Southworth: Garth was so accommodating and so open to collaboration and excited to learn how to do this different storytelling that it makes for a really exciting experience.

Tell us about the art you created.
Southworth: It's mostly done with a pen and a nib. And of course, then it's colored in markers and watercolors.

Your protagonist Tuck is a dude that happens to be part goat. How challenging was it for you as an artist?
Southworth: It took some figuring and some fudging to figure out how to deal with human legs that are also goat legs.

It's so fun to read it because there are so many locations that we know and love right here in the Pacific Northwest like Vashon Island, you've got some stuff at Roosevelt High School, I think Eckstein Middle School.
Southworth: Garth lives in Seattle. I live in the north of Seattle in Everett. But that's always really important to me to give things a sense of real, local color.

I have a bone to pick with you — why is the TV station in the book (BLEEP) instead of KOMO?
Stein: You know, I don't know why that is. (laughing)I don't know if I got brand specific in the script. I think Matt might have slipped that in —yell at Matt, OK? (laughing)

Southworth: I think I googled the first Seattle newscaster image I could find, and it had the little banner. But there are more in the second book, and they could certainly be KOMO.

We're changing gears. [I was] already a big fan of yours from the comic and TV show "Stumptown," which is already on KOMO.
Southworth: "Stumptown" is a detective series set in Portland featuring a good-hearted but unreliable central character as a detective. It's run one season on ABC.

"Stumptown" has been renewed already, so congrats on that. Do you think there's any chance this will end up on the big screen or the small screen?
Southworth: I think Garth and I feel that a series would be particularly exciting because there's so much untilled ground.

Stein: I think that this book will appeal to teenagers, of course, because teenagers are finding their place in the world as well as adults who just love a real good story.

Visit the official Fantagraphics site for more information on "The Cloven."