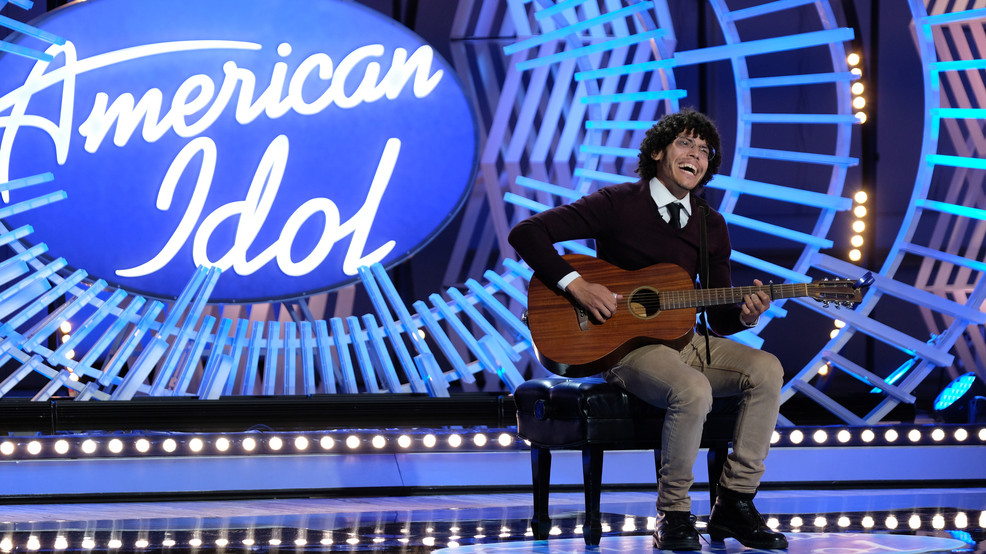 The new season of ABC's American Idol is underway, and while we introduced you to one PNW contestant already (Benson Boone from Monroe), guess what - there's more?! Philip Murphy is originally from Baltimore, but now lives in Seattle and travel the country playing music. Though he's had many hardships in his life, including being born half blind, he maintains a positive outlook and that came shining through in our chat with him.

Seattle Refined: Thank you so much for talking to us today! I want to start at the beginning of your journey. Why did you decide to audition for "American Idol"?
Philip Murphy: There were a lot of folks that told me from a younger age that I should try for competitions. I used to sing as a little kid, but at that stage I figured I wasn't good enough. Then my voice changed and I really thought I wasn't good enough. And now here I am! People are still telling me a decade later, and so I'm excited to give it a shot, you know.

Absolutely. I mean, that's kind of the wonderful thing about "Idol" - it's an opportunity not just to share your musical talents, but also to share your story. So I'm hoping you can give our viewers a little insight into who you are?
Well my name is Philip Murphy, I go by Murphy. I'm a musician who has traveled the country for quite a while now in hope of finding something a little more than myself, you know. Whenever I think of music I think of the good I can bring with it. Why music is here, it makes people happy. I learned I could be a positive influence wherever I went. I want people to look at me as an example of you don't need a lot to give something substantial. Particularly, I want to help people that have had a hard life. Like, by the end of it I want to have a homeless shelter. I don't care that I don't have a ton of money. I want to have something to show for my hard work.

If I could say this plainly, the other day I was out busking. It's what I do for a living, I'm a street performer, and it makes me a fine living. It's nothing extravagant, but if you work hard you get your daily bread and that feels good. There's never an unfulfilling day. But a man of harder times walked up to me and he told me, 'I don't get to hear music that often. I don't have a cell phone, I don't have internet. I get to listen to you and you are fantastic. Thank you for coming outside and singing us some songs because I've been waiting on this for a long time.' And I mean, what else can you ask for as a musician? Somebody who walks right up to you and says 'Thank you. I value you.' And they say 'You help me make it through the day.' That means so much.

That is amazing. Now, I want to talk about the "Idol" experience. I have been to the first round of auditions, the open calls - and it is a wild scene. But you actually did your first audition virtually. Are you kind of bummed you didn't have that experience together with everyone in one room?
To tell you the truth I honestly had no idea how I would ever go about the American Idol experience initially. I got a message and then a phone call, but it was just - they reached out to me and they said 'Hey, we found you and we like your music.' And I was, I gotta give it a shot. When else does opportunity actually come knocking?

So you end up getting the chance to go to Hollywood to perform for the judges. Was there one judge you were particularly excited to perform fo?
Particularly, like many people I enjoy Lionel Ritchie's music. And for me to be able to sing in the same room as him, I've got to be honest, you don't think about it, but it's a dream come true in a way, you know? My dad used to listen to his tapes, to his CD's and I got to ask questions about this man when I was a little boy, and now I got to meet him? You know, I hot to meet the man singing 'Easy Like Sunday Morning,' I got to be part of that for just a minute and that's not a memory everyone gets to tkae on. I'm lucky, I guess that's what I'm saying. I'm lucky.

Man I cannot wait to hear it. Now, I know you can't reveal how things went but as we wrap things up I'm hoping you can just describe your "Idol" experience for me?
In a few words: I couldn't have asked for anything more. I was embraced by people who were hopeful for me, that believed in who I was and were excited to see what else I could do. I walked out of that place a better performer, singer and I mean, human. I just got to hear so many wonderful stories and I got to see who else was with me there, and I just took it all in and it was beautiful. What else can you ask for.

Murphy, we cannot wait to watch. Good luck and thanks so much for joining us.
Of course, thank you so much for having me.

You'll meet Murphy officially on the March 7 episode of "American Idol." The series airs Sundays at 8 pm on KOMO 4.