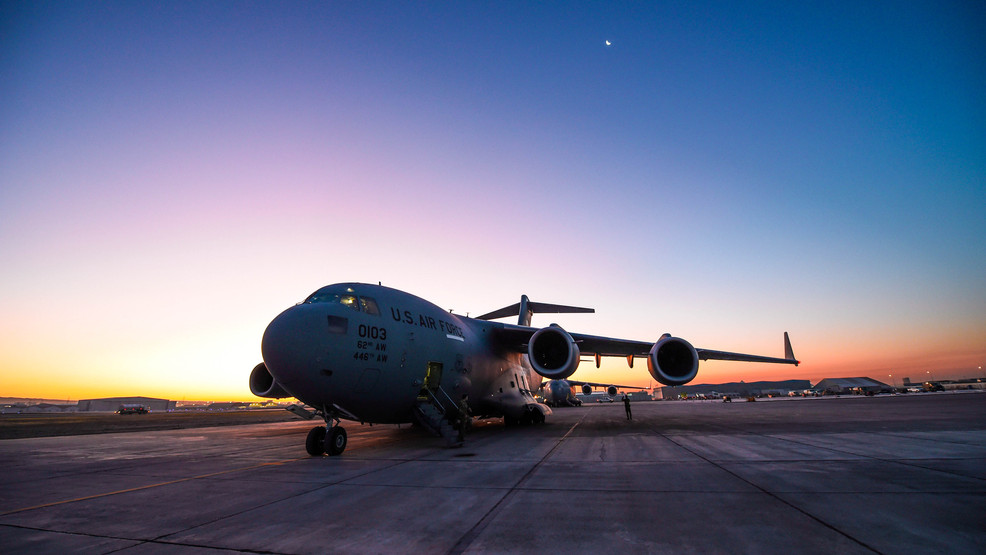 Over the past two months, we've seen Seattle rally around healthcare workers on the frontline of the coronavirus pandemic in some pretty creative ways.

To name a few, Dick's sent 48,000 burgers to hospital staff, an illustrator created postcards people can send to say thanks, Café Con Todo donated more than 700 cups of coffee and tea to hospitals and nursing homes, Ba Bar plans to feed 100 hospital workers a day — Lizzo, the queen herself, even sent staff at the Montlake UW Medical Center Emergency Department lunch in March.

And now, the 62nd Airlift Wing will thank healthcare workers in their own way — with an Air Force Salute flyover throughout the Puget Sound on Friday (May 8).

A C-17 Globemaster III two-ship formation will make appearances at more than two dozen spots during the event. The flyover will take place from approximately 12:30 to 2:40 p.m., and there's a lovely map and list of the estimated time of arrival for each healthcare facility and location.

Note that these times are estimates and could be impacted by real-world airspace conflicts, weather and other factors.

"We are grateful for the opportunity to show our appreciation to local heroes, and look forward to a time when we can embrace one another without fear," said U.S. Air Force Col. Robert V. Lankford, commander of the 62nd Operations Group.

Friday's flyover is part of the Air Force's larger effort to thank the thousands of people working on the frontlines across the country. Things we love to see? This!

You can get involved! The public is encouraged to submit photos of the flyover for a contest where the winner will receive a patch from the C-17 Demo Team performing the flight and a signed photograph. Submit entries by sending the photo in a private message to the 62nd Airlift Wing's Facebook page (@62AirliftWing).