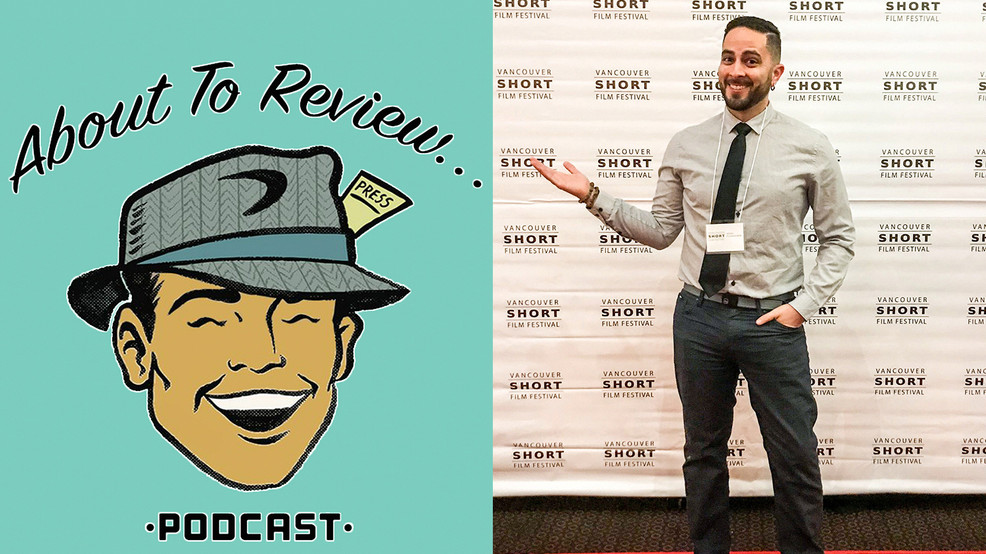 About To Review: Local podcast aims to amplify diverse voices in film & media

When John Reviewer came across a Kickstarter campaign on Twitter a couple of years ago, he had to reach out and invite the creator on his podcast, About To Review.

That person was Matthew A. Cherry, and the Kickstarter was for his short film, "Hair Love." Earlier this year, he won an Oscar for it.

"It was pretty crazy to think that I had him on my show way before any of that was even a reality; when it was still just in its infancy on Kickstarter," said Reviewer. Those types of situations — finding diverse voices and having them on as guests to talk about their art is at the heart of his podcast.

"You have no idea what opportunities they are going to presented with, and it turns out, he won an Oscar," said Reviewer.

About To Review is a film review podcast hosted and produced by Reviewer, a POC film critic from Seattle who's involved with local and international film festivals and panels, and is also a board member of the Seattle Film Critics Society. The podcast discusses everything from highly anticipated movie releases to film festivals and award shows. Sometimes, it's just Reviewer talking through a movie, and other times he has guests. But regardless of who is in the studio, the 37-year-old wants his listeners to feel like they are apart of the conversation.

Since 2016, he had released more than 170 episodes of his weekly podcast — until Feb. 12. The episode, covering "Harley Quinn: Birds of Prey" and his Oscar thoughts, was the last he posted before taking a six-month hiatus.

"2020 has definitely been a year of trials and tribulations. Both personally and professionally, this has been just a very challenging year," he said. "When it comes to being a film critic in 2020, that has made it just completely different in ways that are just out of our control."

But his hiatus is no more — Reviewer posted his first episode since February on Wednesday (Aug. 19), reviewing "Project Power," "Tesla," "Peninsula," and "Sputnik."

"It has felt so good this past weekend to talk to the studio reps again, to be sent emails with movies that I wanted to watch and being able to just watch those this weekend and just take notes and get back into that mindset has been so good for me," Reviewer said. "Getting behind the microphone again, flexing those muscles...of creativity that creative energy, I really want to just keep that going."

Some of Reviewer's first memories were of going to the theater and family movie nights.

"I am a firm believer everybody is a film critic," he said. "The first thing you do when you come out of the theater with friends or family is you immediately start talking about it - talking about the things you liked, did not like, the score, the soundtrack, the acting - people are breaking it down all the time. So, with me, I was having those conversations with my friends for years, ever since I can remember."

That love of film and storytelling led him to the performing arts like choir and theater — he said he's always felt the call to perform, in whatever way it may be.

"Having a conversation has always come easy," he said. "Especially about things that you are passionate about [...] and so a podcast just seemed like the best use of that talent."

Reviewer said he has always found the audio medium fascinating — whether it was a podcast like those hosted by Kevin Smith or an old radio show from the 30s. Before About To Review was a thing, he started looking into the local film and critic scene in Seattle, getting to know other likeminded people. He said it took encouragement from the people he met to get him to finally take the plunge.

"We will always put barricades in front of our own creativity, which does us all a huge disservice," he said. "But really the most important thing is just to press record - is just to get behind the microphone, or put the pen to paper or to use the keys on the keyboard, whatever it is, and to just start doing the thing."

And, with hard work, dedication and a little hesitation here and there, that's exactly what he did.

When it comes to his podcast, Reviewer said he tries not to edit too much because he wants About To Review to feel like a conversation happening in real life.

"If I trip over a word, or it takes me second to think of something, we are not just like, 'Wait, can we do that again?' It's like no, just let that conversation flow [...] I want that freeform, loose conversational style because that to me is reality," he said.

The benefit of having a podcast is you're your own boss, and that allows Reviewer to choose the films not only he finds interesting, but that he thinks his audience finds interesting. Just don't expect to hear about many romcoms — he'd much rather discuss sci-fi, documentary, action or character studies. And when it comes to his guests, that is one of the most essential parts of About To Review for him. Reviewer said he is always looking for diverse and underrepresented voices to have on the show. Take when he is at a film festival, for example.

"If I see women of color directors and writers and people of color and first-time writers, directors - that is who I want to talk to," he said. "I've had Oscar winners on my show, I have had Oscar nominees on my show, and I love that also, and they bring a totally different skillset and mindset [...] but that hungry person of color who just finally was able to produce their art, I will absolutely do anything I can to [...] give them a platform to talk about their art."

When the coronavirus pandemic hit and stay-home orders spread throughout the country, that subsequently shut down movie theaters as well (one of Reviewer's favorite activities — one he would usually do three to four times a week). This year has hit everything and everyone hard, and the movie and TV industries are no different. Big films that planned to release this year on the big screen, simply couldn't. But many have adapted by transitioning to streaming services, releasing on-demand or just releasing online — Reviewer said he still gets screeners in his inbox daily.

"This is going to change the way major studios do things," he said. "It will be very interesting to see what happens and how this kind of shapes the industry moving forward, and the world of film criticism."

After taking months off from recording his podcast, Reviewer said his goal right now is just to start getting into it again.

Find and subscribe to episodes of About To Review online and Apple Podcasts.