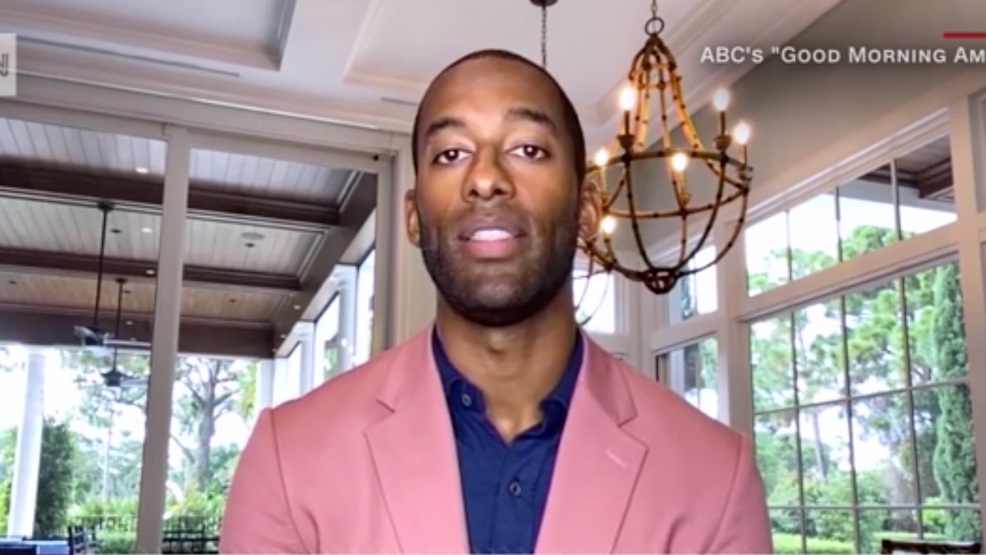 ABC announced Friday that for the first time ever, a black man will star as the lead on "The Bachelor."

Matt James is the man named to the role. While James hasn't appeared as a contestant on a previous season of "The Bachelorette," which is often how the show selects future leads, ABC said he was supposed to be a prospective suitor on the season that was canceled due to the coronavirus - Clare's season.

Karey Burke, president of ABC Entertainment said James has been on producers' radar since February.

"When filming couldn't move forward as planned [for Clare's season], we were given the benefit of time to get to know Matt and all agreed he would make a perfect Bachelor," Burke wrote in a statement.

A press release from ABC boasts that James is the "total package."

"He has strong family values, a great career, and over the past few months, he has used his growing platform for good," ABC said.

James will star in the 25th season of "The Bachelor," the first time in 18 years the show has granted a black man the role.

"We know we have a responsibility to make sure the love stories we're seeing onscreen are representative of the world we live in," Burke said. "This is just the beginning, and we will continue to take action with regard to diversity issues on this franchise."

James is a 28-year-old real estate broker, entrepreneur and community organization founder. He's a North Carolina native and went to Wake Forest University where he majored in economics and played wide receiver for the football team. He went on to play professional football before moving to NewYork City, where he now lives.