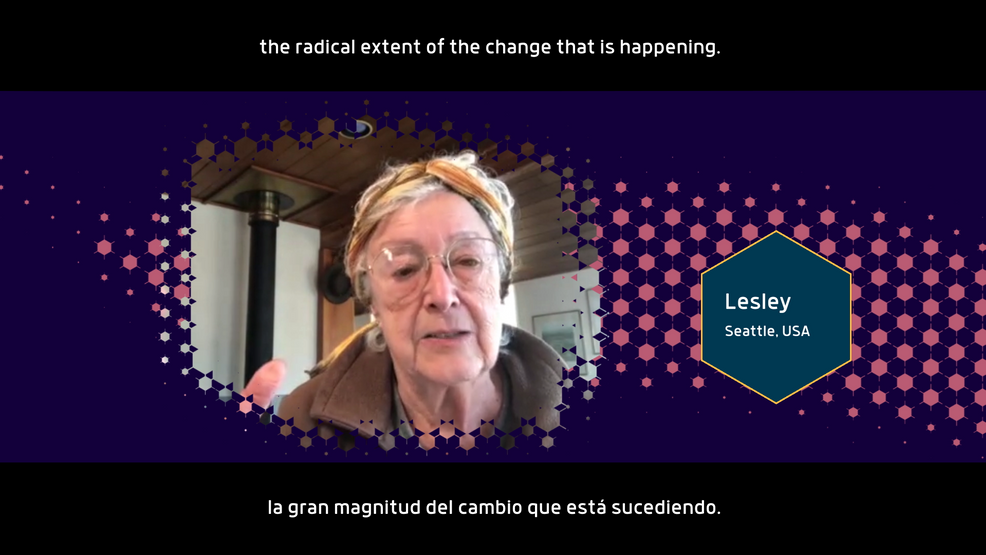 Like many, David Llama and Autumn Lerner found themselves with a lot of free time this year.

When COVID-19 hit Seattle, the married couple decided to use this time to be creative — the result? "A-Part," a bilingual docuseries capturing the human experience during this global health crisis.

This duo has interviewed more than 90 people in over 20 countries for the series, documenting how different people are handling and navigating through the pandemic — highlighting our shared experiences, as well as exposing differences and inequalities.

"It seems like an important thing to capture in terms of, look, we are all connected around the world. We are all experiencing this, and yet, we are experiencing it in different ways depending on where you live," said Lerner. "It's hitting us, and yet it is hitting us all uniquely. It seemed like it is transformative; it is important to talk to people and really hear and understand what is happening."

Episode 0 introducing "A-Part" is currently up, and more episodes will debut in the coming months. Future episodes will be themed around different parts of life, including impact on children, the human relationship to nature and how we are entertained.

Right now, the core production team behind "A-Part" is just Llama and Lerner, with assistance for design and music.

"We don't hate each other after six months of being together in the same space working together," said Llama. "So, that's pretty good."

Llama is an editor and director with a background in commercial advertising who shifted focus in 2017 to content with social impact. He also runs El Animal, a Seattle-based production company, that has worked on issue advocacy campaigns. Lerner's background is in social impact strategy and storytelling, and pre-COVID, she was the social impact lead at the public relations agency Weber Shandwick in Seattle.

Originally from Mexico City, Llama said he was hearing from his friends in other countries about COVID-19 as it spread in February.

"A friend of mine lives in Rome, Italy, and I went to high school with him, and he was like, 'Please take this seriously. It is really bad,'" he said. "That was kind of like the first line of like, okay, this is going to hit us all [...] It's a wave, and it is going to wash upon everybody's shore."

Knowing a large portion of people alive have never experienced anything like this was one of the inspirations for "A-Part." Llama said toward the beginning of the pandemic, many people said we were all experiencing the same thing.

The first interviews were people Llama and Lerner knew, and those people recommended others leading to an organic process of finding people to feature. "A-Part" aims to showcase the stories from a diverse group of people to accurately portray how COVID-19 and quarantine impact people in different parts of the world.

"A-Part" is ultimately about connection, and throughout the interview process, Llama and Lerner have found many common themes — a big one being mental health.

"Mental health has become a really prominent theme for people of all different ages, parts of the world; people are really recognizing how much they need each other," said Lerner. "People miss hugs, they miss humans, and it's taking a toll on their mental health.”

People are struggling with being inside.

Both Llama and Lerner are self-proclaimed extroverts, and both noted how this project has been a gift during quarantine.

"For the first six months, we had creative space and were able to really realize the magnitude of this moment and really process that," said Lerner. "It has been the total saving grace from a mental health perspective."

When it comes down to it, this duo hopes "A-Part" inspires people to be more empathetic and feel connected to one another. They are working toward "launching it in the world," expanding their team and connecting with a distributor in some capacity. Llama and Lerner are also both dedicated to this series being 100% in English and Spanish.

Creating this docuseries has forced each of them to address their own biases on how people worldwide are handling the pandemic, and they hope others do, too.

"I hope that people take the time to listen to each other. It is important to listen to each other," said Llama. "I think that is part of the problem in the world - everyone is reading what they want and creating their own little spheres. Listening to other human beings and listening to what they are going through and having empathy because we just need to be better humans to others and not all about us."