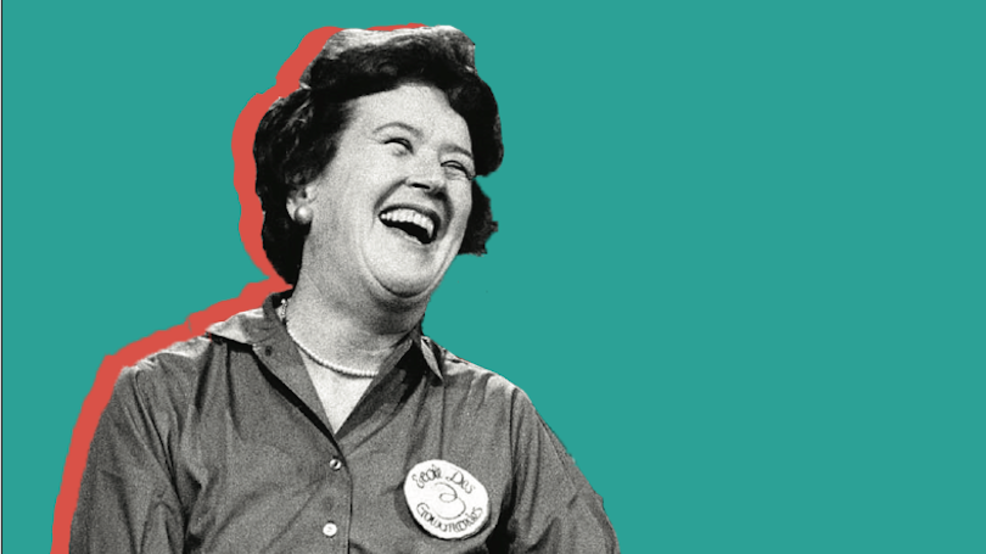 Julia Child revolutionized home cooking with her tips, techniques and easy way of talking to the television audience like they were good friends. Her life is being celebrated through a very special performance on stage at The Rendezvous in Seattle called Bon Appétit: The Julia Child Show. (Credit: The Rendezvous)
SEE MORE

She was the American woman who made us fall in love with French cuisine.

Julia Child revolutionized home cooking with her tips, techniques and easy way of talking to the television audience like they were good friends.

The beloved chef passed away in 2004, but her life is being celebrated through a very special performance on stage at The Rendezvous in Seattle. It's called 'Bon Appétit: The Julia Child Show'.

Anne Allgood dons the icon's apron so to speak - she plays Child on stage.

And get this(!) - the actress bakes a dessert on stage during the show.

As if cooking a cake isn't challenging enough, it's also set to song. In fact, it's an operetta!

"An operetta is a little opera," noted Allgood. "It’s all Julia’s words from her cooking shows."

She says playing Julia Child is a true honor.

"She sort of bucked the system you know – she brought good French cooking to America." It was the 1960's. "For the first time. I mean we were like, eating TV dinners and opening cans. And thinking thinking that was American cuisine. And she she sort of said 'You can do this, you can do this, this is accessible."

More than that - Child herself was a charming character.

"She’s such a lovable woman. She’s so gregarious and so joy-filled in what she's doing, she wants to share her love of foods and cooking."

"The operetta is kind of the centerpiece and mine are the book ends." Julia Child Prud’homme (yes, she was named after her famous aunt) shares personal stories straight from her heart.

"I start every show by telling the audience I’m so grateful to get to do this because seriously when I get to talk about her when I get to share her with other people I get to visit with her again and that means everything.'

Prud'homme has priceless memories of her aunt.

"She was a positivist, she was a ball of energy she laughed at herself constantly," she said. "One of the things that I say in the show is every time she turned around, something falls on the floor and breaks. And when that happens she just goes 'Whoopsie' and that is the truth, she laughed."

In fact, Child has such a good sense of humor - she was actually tickled when Dan Aykroyd did his famous skit (based on her) on Saturday Night Live.

"Oh my gosh – Dan Aykroyd sent her a tape and I think, an apology letter. I think one of her sayings was 'All publicity is good publicity' - she was thrilled she thought it was great."

Julia Child's legacy and like comfort food for the soul. And speaking of that, every audience member gets a slice of cake, created from Julia Child's own recipe.

"Her mission was to teach people that anybody could cook. And that is what she wanted to leave the world more than anything else."

The cast will be performing the show multiple dates in February 2020. Hungry for more Julia Child? You can also enjoy a 3-Course Prix Fixe dinner inspired by the chef. For more info, check out The Rendezvous's official website.