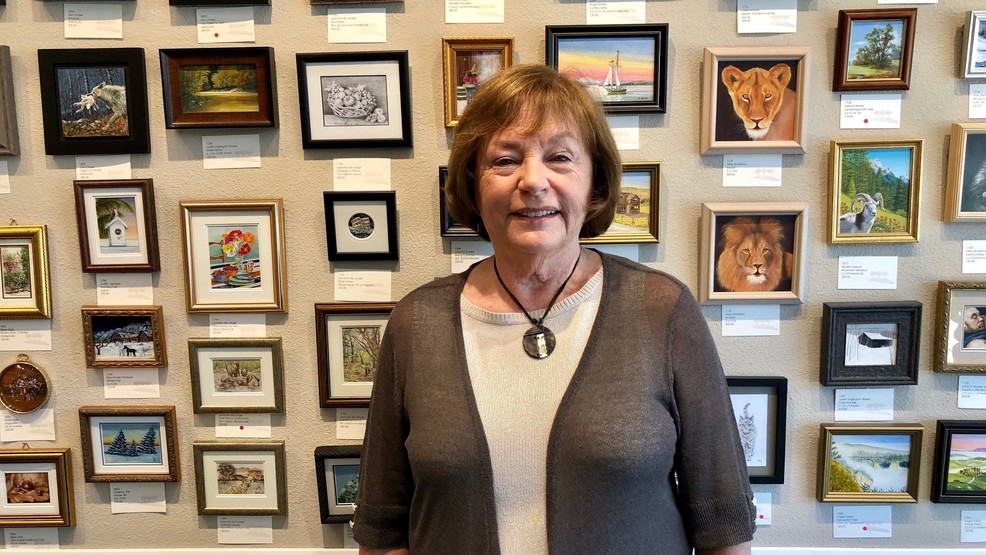 Lois Haskell, Artist and Chair of the The Parklane Gallery Annual International Miniature Show in Kirkland. It features around 400 amazing works of art. Each is 5 x 5 or smaller.
SEE MORE

A Major Art Show of *Miniature* Proportions in Kirkland

A single strawberry, some sunflowers and a stunning sunset. Just three works in a major show of miniature proportions.

"This is the Parklane Gallery Annual International Miniature Show - 26 years of miniatures in downtown Kirkland, and they're from all over the world!" said Lois Haskell, chair of this epix exhibit that features 400 works of art.

Each one is 'small in stature.'

"It cannot be larger that 25 square inches, that means 5 x 5 would be the largest image that you could enter in the show," explains Haskell. "But the truth is most miniature artists don't paint that big. We paint 3 x 5 or even smaller."

The tiniest art work of all is a painting by artist Eric M. Gonzalez, only one inch by one inch. It's a painting of a yellow flower.

All of the pieces in this sizable show have something in common: their tiny dimensions. Some of them are on the kitschy side, for instance - a painting of a cute cat with glasses. For Haskell, small paintings can convey big feelings.

Size does matter when it comes to these minis, but they don't have to be flat! They can be multi-dimensional.

We asked Haskell to show us the most unusual pieces in the show, and she showed us a 3D work of art featuring doll pieces, called 'Babyface.'

Besides running the show, Haskell is also an artist.

You have to have a ton of patience to paint little paintings.

"...and you try not to swear too much," Haskell said grinning.

No small effort, but there's a big payoff.

"I think it's because they amaze people," she said. "So much detail, and so much emotion can be in such a tiny tiny painting. They become little treasures, little gems something that's surprising and just brings happiness to people."

The 26th Annual International Juried Miniature Show is on display from May 1 – June 3, 2018 at Parkland Gallery in Kirkland.