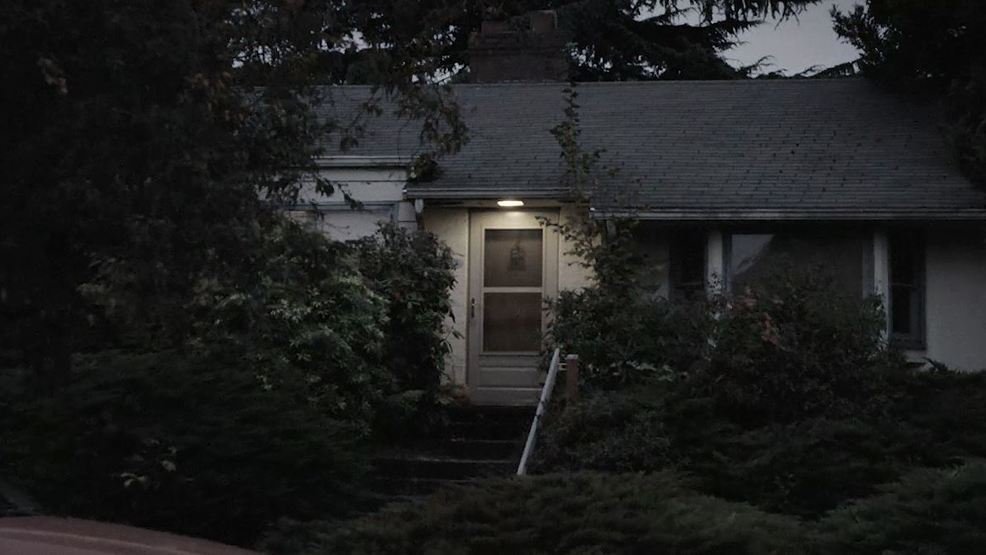 The idea of ghosts and spirits haunt the minds of people around the globe. And for one skeptic, who happens to be a staff member, a brush with the unknown has made him a believer in the possibility of spirits amongst up.
SEE MORE

A Ghost Hunt gets personal for the Refined staff

by  Ty Huffer and John Prentice

The idea of ghosts and spirits haunt the minds of people around the globe. And for one skeptic, who happens to be a staff member, a brush with the unknown has made him a believer in the possibility of spirits amongst up.

"I'm a cameraman for Seattle Refined and I did not believe in ghosts until I saw it with my own eyes," said Ty Huffer. "Honestly - I haven't told a lot of people because this story sounds so crazy."

Huffer said he and his wife Amber's Ballard home is a quaint, cozy, comforting slice of heaven - nestled on a quiet street. But one night seven years ago, it became clear to the huggers that they were not alone.

"We were just chatting in our living room and all of a sudden a the lid off a hairspray can flew from in the closet like three feet," said Huffer. "All by itself."

But it didn't stop there.

"Vases started popping off shelves, from the back," he said. "Totally impossible. [They'd] flip over and land upright. A mirror fell over in an impossible way, locking us out of the bedroom."

Huffer said the mirror fell two more times before shattering. Bad luck? We don't know - but the new one is screwed to the wall.

"Then, my Stone Cold Steve Austin figure just popped off the shelf."

Steve Austin jumping off the shelf on his owne, broken mirrors, leaping trophies and flying vases. These strange occurrences are eery to say the least - but it wasnt' just in the couple's heads. Mike is a friend of the Huffers.

"We were at party and heard Ty tell his ghost story," he said. "And then the action figure just jumped off the shelf, and I caught it."

Mike's not the only one of their friends to encounter unexplained phenomena in their home. So it was time for answers. Huffer tracked down the most credible ghost hunters he could find: the Advanced Ghost Hunters of Seattle Tacoma (A.G.H.O.S.T).

A.G.H.O.S.T. travels the world, investigating paranormal activity in the creepiest locations they can find. Ross Allison is their leader, and says he's been tracking ghosts for almost thirty years.

"I've been featured on shows, and more than once I've been cut out because I refuse to hype up situations that weren't real," he said. "I'm a professional."

Allison blames his mother for his interest in the supernatural.

"I grew up listening to her ghost stories," he said. "So I grew up with this curiosity and wanted to know if these things really do happen."

Since then he's had more than his fair share of paranormal encounters and has written multiple books on the subject, been featured on TV, radio and shares his stories with those willing to listen around the world.

A.G.H.O.S.T. often starts investigations with a Skype of phone interview, to weed out bogus claims. Then, if you pass the test, a daytime visit to take baseline, control, thermal, infrared, video and audio readings. And more questions.

For the Huffers, A.G.H.O.S.T brought out the big guns for a full on ghost hunting investigation.

"Most of the time when things move in people's homes they think it has to be a Poltergeist," said Allison. "And that's not the case."

He said flying objects can be caused by lots of things, like ghosts, telekinesis, who knows? And tonight could be the night to get answers for the couple.

Allison has questions for this ghost, if he's real. He says their electronic gear often hears things human ears do not. Hopefully, when the recording is played back - they'll hear the answer to that question.

The trap is set. Now we wait.

And while A.G.H.O.S.T.'s official results are still out, Ty discovered his own results while editing the footage for this story..

Noises. Knocks. Things that no-one in the room that night could hear, but are crystal clear in the tape.

Is this a real electronic voice phenomenon like Allison was talking about?

"Hopefully when you play back your recording you'll hear the answer to that question," said Ty.

We don't know, but one thing is for sure. Things in their house are still moving around...