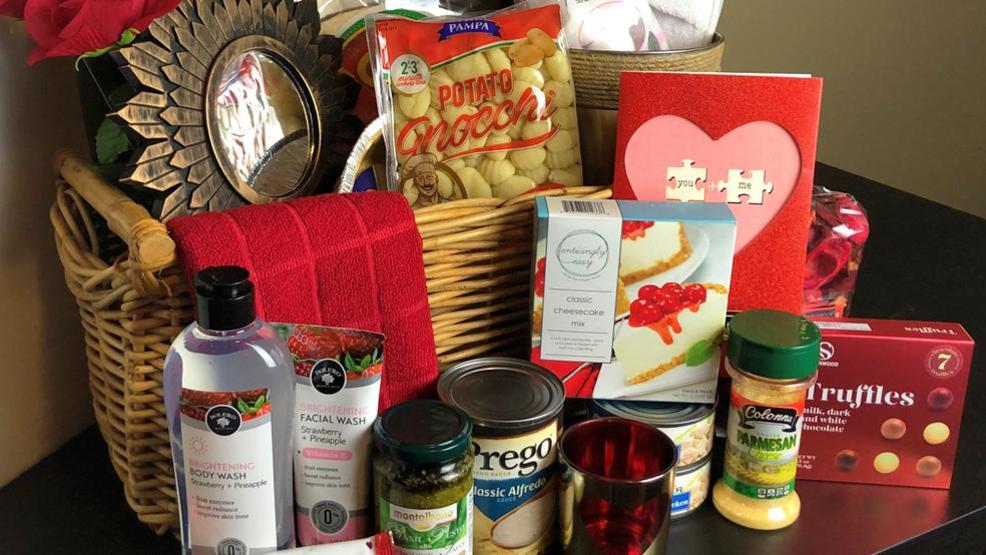 Who decided to celebrate Valentine’s Day so close to Christmas? I mean, who has any money left to spend on one’s sweetheart? Being romantic is expensive, unless you are rich, but if you were you probably wouldn’t be reading this. Anyway, this got me thinking. Is it possible to create a romantic Valentine’s Day dinner including a gift and card for $25 and using only items found at a dollar store? As is turns out, you can mostly.

Dollar stores sell a lot, but they don’t sell everything (like fresh produce or wine) so I had to fudge on a few items, but I was determined to stick to the task at hand and do the best I could do for 25 bucks. We all have preconceived ideas on what you will find on the store shelves at a dollar store, and I had to take some chances on a couple items, but overall, I think what I came with turned out pretty well without me resorting to finding loose change in seat cushions of my car.

It’s sort of amazing what you can come up with by combining things that shouldn’t go together in theory. My centerpiece consisted of one large bronze-colored plastic tray, a decorative plastic mirror (that was meant to be hung on the wall) a Valentine’s Day candleholder and potpourri. I wouldn’t have actually purchased the mirror for its intended use, but for this purpose, it did the trick looking a lot more expensive that it really was. I don’t know if potpourri is “in” or not, but I thought it looked cool. And this wasn’t your grandma’s potpourri either. It was apple cinnamon scented and wasn’t overpowering at all. As for the mirror, my wife also purchased two tasteful placemats to go with the theme.

Ah, the tricky part. But to my surprise, I was able to create a three-course meal using just the stuff I found at the dollar store...plus a salad course that I had to purchase elsewhere. The first course was made from a bagged bacon Caesar salad mix. The next course contained packaged gnocchi tossed with a jarred pesto sauce and topped with a powdered parmesan cheese. The end result was actually pretty amazing and just as good as many of the products you would find at another store.

The third course was an Alfredo chicken flatbread created from a thin pizza crust, Prego Alfredo sauce, two cans of white chicken meat and some shredded mozzarella cheese that we already had at home. This was also a winner, but honestly it would have been better if I had used fresh chicken instead. But again, that wasn’t part of the challenge. The canned stuff was a good substitute and the pizza crust tasted great.

I also purchased a no-bake cheesecake mix and a graham cracker crust. The problem here was that the mix required cream cheese and a cup of “dessert topping,” both items not sold at my dollar store. So, I purchased the cream cheese at the grocery store and decided to splurge with a carton of heavy cream instead of the topping. The dessert was super easy to make and while it wasn’t really a cheesecake that most of us are used to, it was delicious. I topped the cake with little Russel Stover chocolate hearts found at the dollar store and fresh strawberries, because you can’t have a Valentine’s Day meal without strawberries. (Truth be told, they were the most expensive item I had to purchase!)

For my gift, I thought I would give my wife a home spa experience with a bubble bath. I lit a few candles and placed them around the bathtub and dotted the bath foam with fake rose petals. (Yes, real rose petals would have been better, but they don’t sell them at the dollar store and I had already gone over the budget with the strawberries).

Next to the tub I placed a pair of terry cloth slippers, a red hand towel, a bottle of body wash, facial wash and bath bombs placed in a metal bucket – all purchased at the dollar store. The soaps were made by Bolero that have 0% of parabens, dyes or formaldehyde. The also had a pleasant strawberry and pineapple scent. (I highly recommend smelling any lotions or soaps at the store before purchasing them. Some can be overwhelming, but these were very nice.) My wife said, “You got all of this at the dollar store?” I also had a plate of sliced strawberries along with some truffles instead of the classic heart-shaped box of chocolates (though they had those at the dollar store too). Finally, my Valentines card was just as nice as any you would find made by Hallmark and a lot cheaper.

This was a fun challenge and a success. Would I do it again? Maybe. Real roses are better. However, it was great to see what all was available at the dollar store and finding out how much money I could save. And in my wife’s eyes, saving money is romantic, so it was a win-win.