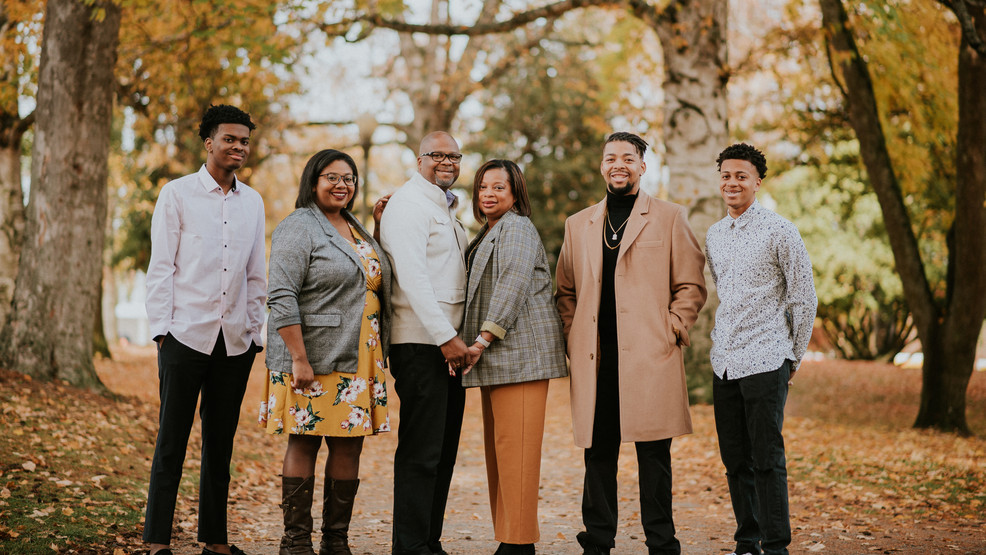 Tonita Webb, who originally hails from southeast Virginia, feels she was created to take on the challenge of these times. She’s always stood out in her family for having brave perspectives and an extroverted personality.

Webb explains that her life commenced with an “identity crisis” of sorts, with her birth certificate declaring her “of color” from the moment she arrived. This always brought about much shame; when she got married, she didn’t even want her husband seeing those written words.

The label always felt like a reflection of her, and she had to grow to learn it was in fact a reflection of the racist system in which she was raised. Throughout her own self-awareness journey, Webb has come to accept herself—and she’s increasingly learning to use her voice to be the change she wants for the world, too.

These days, Webb is the EVP and COO of Seattle Credit Union. She was initially hired as an HR manager in her first back-to-work role after staying at home with four kids. As a self-proclaimed “processor,” it didn’t take long for Webb to start speaking about what she wanted for the rest of her career. Through this journey of self-awareness, Webb started asking, “Who am I, what limitations have I put on myself, and how do I remove them?”

In her current SCU role, Webb enjoys being forced to think through all challenges that arise.

“When you solve problems,” she says, “You have to listen.” She's not married to any one view and loves bringing folks together to prove: “You’re really both going in the same direction.”

Reflecting on her upbringing, Webb says she first experienced explicit racism in high school after her family moved to Tennessee. As a woman in the South, she was raised to find a husband, have kids and to learn how to cook and take care of a home. Early on, she realized: “I know I can do more.”

Webb joined the Air Force and was a security police officer at a time when this role had only been opened to women for a few years. She experienced plenty of discrimination and racism there, yet she knew talking about these matters would only create trouble. Since there was no space for such discussion, the painful emotions got suppressed.

She met her husband (who hails from New York) in the Air Force, and after a few moves, they returned to Washington state in the early 90s. They wanted to raise their kids differently than they had been. It was after moving back to Seattle as civilians that Webb began her own personal quest. She started realizing, “I don’t have to be this Black woman that everyone thinks I am.”

Webb gradually learned to embrace that she’s Black and that she’s from the South. “I had to figure out my comfort level in all of that,” she says. Though her confidence began to grow, she admits it was a lonely process. “It still is as times,” she adds. The hardest part today, is sitting with all the things that never got said.

Webb recalls common incidents that would likely never happen to a white colleague, like taking her children to a doctor's appointment only to be asked, “What are all your kids’ last names?” Afterward, she would return to work as her most professional self, despite how deeply she was struggling or how drastically her self-worth had just taken a hit.

Even more extreme: When her oldest son was diagnosed with kidney disease, Webb never stopped working. She hauled her computer to the dialysis clinic or hospital waiting room in order to get the work done. “I feared that if I did [stop],” she said, “it would be held against me.” Webb has always known she had to fight any stereotypes or actions that would potentially have her labeled as a “lazy Black woman.” Although it wasn't explicitly said, she's always known she must work harder to prove herself. She admits this is a weight many Black people carry every single day.

Although Webb was crumbling inside during her son’s illness, she simply trudged on. It felt freeing when she finally started sharing more, yet she saw the shock on colleagues’ faces who knew nothing of this immense burden she'd endured for the past five years. When Webb noticed her daughter hiding the truth from friends, too, it felt like a lightbulb moment: “I was modeling behavior I didn’t want [her] to pick up, too.”

After the events of recent weeks, Webb says it’s been most exhausting to realize just how much pain and emotion have been squashed down. It’s all surfaced with the most recent incidents of police brutality and the murder of George Floyd. Now that she’s begun to vocalize her thoughts, Webb feels like a “running faucet.”

She finds such importance in voicing her concerns, though; in this moment, folks from other races must listen. “It’s time for us to speak our pain, our truth,” she says. “It’s healing for us, and healing for the community.”

“I’ve committed to speak up more,” Webb comments. “Someone has to model it—to pay attention to the conversations.” She’s also a huge proponent of therapy, since there are so many huge issues we are never taught to navigate. “If you’re a Black person in America,” she says, “you’ve experienced trauma. We have to deal with trauma to get to place where we see ourselves as every bit as deserving.”

Webb borrows a phrase from a friend: “Dialogue is our weapon.” She reiterates that we have to make the discussion of race an OK topic. "There are cultural aspects that make us different,” she adds, which is why arguments like “I don’t see color” are both hurtful and harmful. “My experience, journey, life is all as a Black woman,” she says.

At work, Webb finds herself the only Black woman at her level (to the best of her knowledge). This has made her one of the obvious go-to voices during these past weeks, a role which can feel extremely draining. She vacillates between wanting to provide as much information as possible to help facilitate change, yet she also can’t help but think, “It took these nine minutes, and now you believe us?” Yet at the end of the day, Webb says the gratitude she feels for those truly wanting to learn and understand outweighs the anger and discomfort.

The best workplace, Webb believes, is one where you show up as your true, authentic self. Everyone should feel comfortable revealing: “What’s happened in your life, what have you learned, and what have you not been able to move past?” She explains, “If you’re hiding that, you’re also hiding opportunities for others to grow .”

“We have to be the change we want to see,” Webb says. “I have the responsibility to speak up for myself—to own and love and not downplay who I am.”

Yet she’s also clear that it's not her job to help Caucasians do the work. And this isn’t about making people feel guilty for their ancestors’ actions either, she emphasizes; she yearns for true systemic change. Among colleagues she's helped circulate ideas on useful videos to watch and books to read (she recommends “White Fragility” as a great place to start). “We’re all in community here together.”

When it comes to moving forward during this transformative time, Webb knows no one is perfect and there is no “right” path. “Everyone doesn’t need to come at it the same way. Find power in it," she advises. "You have to choose to go on your journey.”

Webb concludes, “Finding my voice as an adult has been a journey and a challenge.” But now that’s she’s found it, it seems evident that—much to all of our good fortune—it's here to stay. (She’s even learning to embrace a slight drawl.) “I’m proud to say I’m Black, I’m African-American, I’m from the South,” she comments. “I’m proud of all the experiences I’ve had—good and bad.”

In the workplace, Webb aims to get more people to raise one another other up, and she wants to bring in more Black women who can relate and support each other. “I get tired of being lonely,” she comments. “You need all voices at the table. That’s how you change the system.”

Ultimately, Webb is optimistic. With each generation, there’s been a change. “I’m hopeful for the first time,” she says, “that we’re going to progress.”