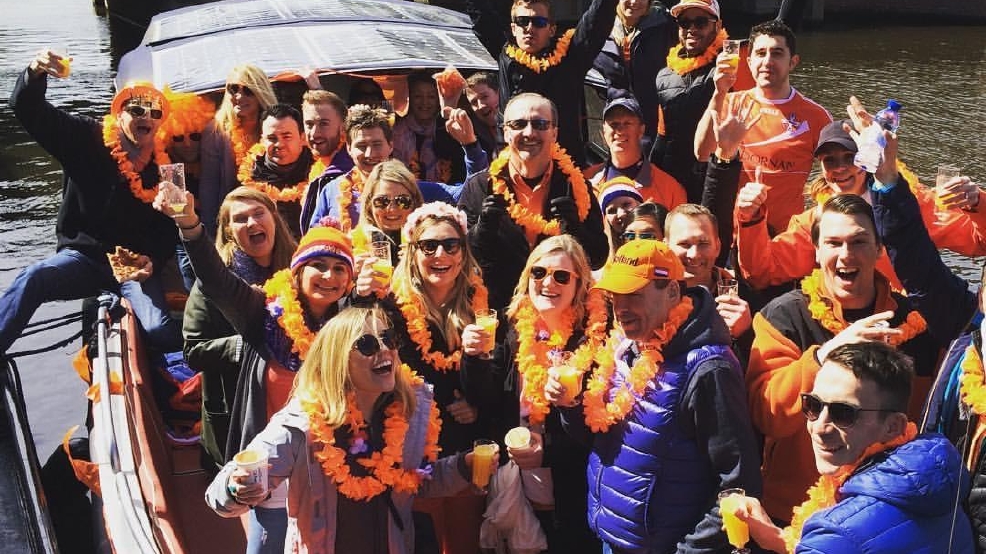 6 Things You Need to Know Before Traveling to Europe

Our writer Susan Galbraith is also a singer/songwriter! She just finished touring Europe after promoting her new album "Some Freedom", and blogging for us along the way.

As my European adventure came to end, I took away countless experiences. Some planned for, most were not, which is part of the joy of traveling. However, there were a couple key pieces of information that would've been super helpful to know ahead of time...

All Spas are Co-ed and Strictly NUDE:

I learned the hard way that spas have a very different protocol over there. After reading reviews, I chose a favorite local spa to steam out some jet-lag and fight off a cold that my friend was battling. Upon arrival, in what seemed to be the lobby area passed the checkout desk, I saw men and women in loosely draped towels and robes, sauntering about. I figured that was just the general area until we got to the designated men and women's side. That notion quickly changed when the assertive hostess told us, "Go to your right, take off all your clothes, and come back out with your towel." She pointed us to the locker room which was also co-ed, while our confusion grew, wondering if we heard her correctly. Frantically texting our local friend to find out what the deal was, I was nominated to double-check if the nudity was mandatory. Turns out, it was. We mustered up some bravery, gave ourselves a pep-talk about maturity and embracing new cultures, all to conclude that as the giggling American's with the towels firmly tied in a room full of naked strangers, we stuck out as the weird ones. Come to find out, all spas everywhere are nude and co-ed but they do have ladies only times at some places. Could you imagine running into your boss or old classmate in that situation? Not ideal.

You Have to Pay to Use Restrooms:

It's at least 50 cents to use the restroom in most places. Even in large public areas like stadiums or big establishments, they have an attendant that collects the appropriate amount of money in order to use the facilities. So if you're hydrating while on the go, make sure you have some change with you at all times.

With all the walking, train-catching, and bike-riding, wearing 4-inch heels all day is not really on option over here. However, it is more common in more fashion focused cities like Paris and Milan to have a less casual attire. While my converse were great to wear at home, the lack of arch support started getting to me and I looked to the Dutch locals in Amsterdam for some inspiration. Light-weight, under-stated, black nikes were ridiculously comfy and surprisingly look cute with almost anything. A great sneaker that doesn't look like a traditional running shoe was perfect for every occasion.

Be Mindful of the Holidays:

"Kings Day" in Amsterdam was like the 4th of July and St. Patricks Day combined. A tradition of celebrating the King's birthday, everyone wears orange from head to toe as the city overflows with canal party boats, music, and celebrations galore. As a tourist, this is something you would not want to go into blind. Luckily, we had been warned and prepped with some orange attire beforehand but did meet some tourists later that were having quite a difficult time making their way through the sea of orange flare and loud music. Do some research before you go so you can be aware of these things before you arrive to be able to plan accordingly.

Buy Tickets for Trains or Planes Between Countries Ahead of Time:

While you may be buying your flight to Europe five or six months before you plan to leave, once you have a general outline of where you want to go, get those travel arrangements booked as well. Being more of a "go with the flow" kind of person as opposed to a planner, I didn't think this was necessary. But when I found out it's literally hundreds of dollars more expensive when you could get a flight to Germany or France for under $80, a couple weeks earlier, I began to regret that decision real fast.

Hotels in popular cities (especially if you don't have a reservation) can be ridiculously expensive. While hostels tend to be more for the recently graduated 21-year old on a journey to find themselves. If you find yourself somewhere in- between, Air BnB's are 100% the way to go. With very accurate reviews from previous guests, staying in someone's home or apartment for a couple days can be a great alternative to hotels. Some hosts are as nice as leaving food or extra toiletries for you, or in my case, made dinner reservations at an amazing local favorite restaurant. It's a great way to immerse yourself in the city as well as maybe make a new friend or two.