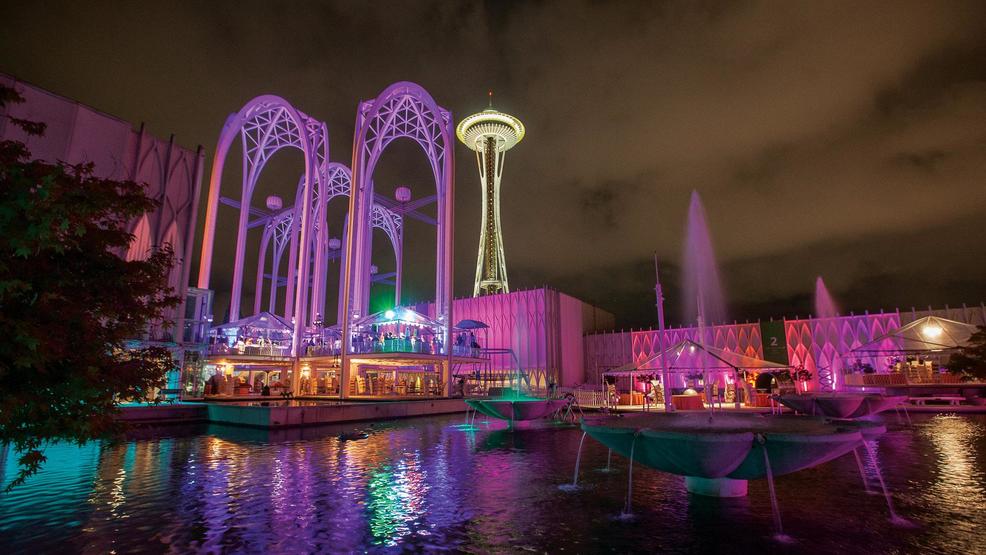 Dance under the arches to music curated by KEXP.
SEE MORE

5 reasons THEORY: Festival is guaranteed to be the most spectacular party of the summer

Are you sick of the same old same old? Do you spend your Friday nights dancing halfheartedly to the same songs in the same clubs, sipping your regular drink and wondering if this is as good as it gets?

Stop your perfunctory grooving right now! We’ve got the scoop on the hottest party of the summer, and this one promises everything BUT the usual.

THEORY: Festival 2017 will be on Friday, July 28 from 7p.m. until midnight at the Pacific Science Center and these party planners have fun down to a science. Here’s what’s in store:

KEXP DJs will spin their own suites of beats on four levels of dance floors. Throw down with Darek Mazzone, DJ Miss Ashley, Chilly and Larry Rose. On one floor, you’ll have a chance to experience a delightfully different dance environment: The Silent Disco.

Listen to music through your headphones rather than speakers and boogie next to other partygoers dancing to their own jams. It’s a fresh take on the typical dance party, and it’s sure to change your perspective.

Even if you’re not on the dance floor, songs curated by KEXP will play throughout the Pacific Science Center so you’ll never have to worry about getting out of the groove.

Ditch your go-to and dare to try a new concoction. The open bar will feature microbrews and local wine as well as cocktails crafted with spirits from Washington’s own Heritage Distilling Co.

Of course you don’t want to get down for too long on an empty stomach. Enjoy mouth-watering Italian morsels from Il Fornaio, Mediterranean-inspired eats from Thackeray and other yummy snacks to keep your body nourished as you dance the night away.

Are you a super singer, a brilliant belter or just overly confident when you’ve had a couple drinks? This part of the party is for you. Sing your heart out (or sit in the audience) while lasers pulse throughout the Laser Dome in time to the music. It doesn’t matter whether you sound incredible or incredibly off key – come enjoy your moment in the spotlight.

They might not be a standard party staple, but the Terracotta Warriors currently inhabiting the Pacific Science Center are too spectacular to pass by. On a normal day, getting into the Pacific Science Center and into the Warriors’ exhibit is $32 and some change, so having admission included in your party ticket is a huge treat (and kind of a steal).

These sculptures are part of a vast collection of over 8,000 soldiers, 130 chariots, 670 horses and other figures that guarded the tomb of Chinese Emperor Qin Shi Huang. Built in 200 BCE, the sculptures were installed in a cavernous pit at the time of the Emperor’s death but weren’t discovered until 1974 when several farmers digging a well uncovered them.

The exhibit explores the science, history and architecture of this fascinating collection and will feature several Terracotta Warriors on display.

All ticket sales for THEORY: Festival benefit the Pacific Science Center – an independent, not-for-profit institution in Seattle that works to ignite curiosity and fuel a passion for discovery, experimentation and critical thinking. With programming reaching over 1 million people every year, the Pacific Science Center is more than a place that throws an amazing summer shindig – it’s also a cornerstone of learning in the Seattle community.

Ready to party like you’ve never partied before? Visit the Pacific Science Center website to get more event details and buy your tickets to THEORY: Festival 2017 or enter our contest below for a chance to win two (2) tickets to the most spectacular party of the summer.