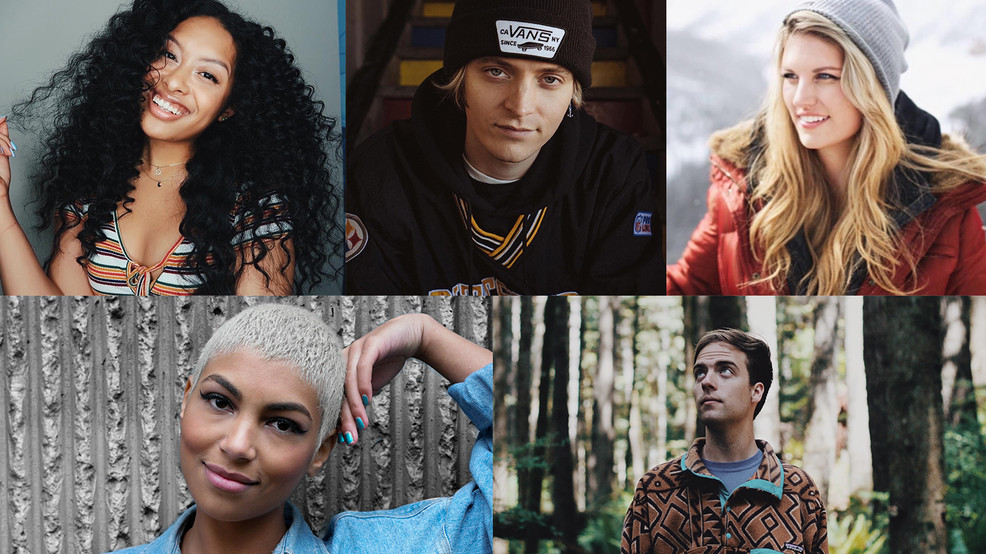 5 must-follow TikTok accounts from people in the PNW

Ever heard of TikTok? Duh, of course, you have.

It's taken the world by storm, and there's truly something for everyone on this app — dancing, TV show commentary, education, body positivity, modeling, humor (so much humor), acting, storytimes, cooking, really attractive people doing normal things, the list goes on. And the more you're on it, the more tailored your "For You Page" becomes — well, just For You. No, seriously, mine is hyper-specific, and it's low-key frightening how accurate the content curated for me has become (hello, fellow Directioners and Criminal Minds lovers, I see you).

Pacific Northwest content is not lacking, either. There are so many great accounts to follow by people living in our beautiful corner of the country. Just search "Seattle" to see — you'll find LOTS of trees and outdoors, as well as artists, singers and just funny people.

I'm an avid TikTok user; I love the thing. Spending so much time scrolling through it has connected me with some pretty rad people doing incredible things with their platform. If you want to get a taste of the PNW content on TikTok, here are five accounts I think everyone should explore:

If you love the outdoors, this one is definitely a fit for you! Emily Thomas is a freelance photographer and marketing strategist, as well as the co-founder of @seattleinsiders. She's lived in the PNW for almost a decade, and her specialty is adventure, travel, lifestyle and hospitality. That's what you will find on her website and social media — including her TikTok account.

First of all, this page is STUNNING. Scrolling through Thomas' Tiktok will open you to a world of videos documenting adventures like sunsets at Mt. Rainier, AirBnbs around the state, helicopter rides, views of water and so much vibrant color — all set to upbeat and serene music.

Jake Colvin removing a parasitic isopod from a shrimp was one of the first videos I saw on TikTok — I've followed him ever since! Colvin is a 29-year-old video content creator based in Newport, Oregon. On all of his social media, you'll find videos focused on ocean animals and ocean life. He's been helping ocean animals since 2005 when he worked with the Oregon State University's Hatfield Marine Science Center's invasive species team.

On his TikTok, you'll find ocean facts, his popular parasite-removing videos, nature recommendations in Oregon & Washington, visually pleasing ocean views and calming voiceovers, plus he's pretty funny. And people love it — he has 7 million followers! Colvin said his goal is to make a positive impact and build a community of people who care about the ocean.

I wasn't kidding when I said there's a ton of outdoors-related content on PNW TikTok. Among them is Jordan Richards, a Texan turned Pacific Northwesterner. Based in Seattle, Richards spends his days "creating and designing delightful experiences in tech."

He's passionate about design, travel and photography. When he isn't designing, Richards spends his time outdoors, hiking and exploring new places — not hard to believe when looking through his TikTok, which features beautifully shot videos including sand dunes in eastern Washington, lakes in Canada, hiking trails and beaches on the Oregon coast.

If you like music, modeling, humor and dancing, you'll love Kalia Castro's TikTok. She's a Kirkland-based singer, model and content creator. Castro said she's been on TikTok since 2017 when it was known as the social media app, Musical.ly.

"I started TikTok...out of boredom after graduating from Western Washington University," she said. "I started singing on the live-streaming portion of TikTok and posting relatable comedy based videos that eventually garnered attention from lots of people and the app itself."

Castro has nearly 1 million followers (+909,000) on TikTok right now. She said she found an amazing community of friends and followers through the app and just tries to have fun and share joy through her platform.

Shelby Renè is a 24-year-old salon coordinator in Seattle who uses TikTok as an outlet to "nerd out" about the things she loves. Her account is full of music, acting, humor and pop culture, but the content that's generated a lot of attention has been her voiceover scenes. This is when you memorize a scene from a movie or TV show and say it with the character as it plays on a computer facing away from you simultaneously.

"For me, it's a little memorization practice and fun, but some people really seem to like it," she said. "I have to shoutout 'Glee' because that's really where my content took off. Doing voiceovers of character Santana Lopez - RIP Naya [Rivera] - helped me create this little family through the app where we all just love to support each other."

I think this is what's called a shameless plug? Seattle Refined's very own John Prentice is also generating some buzz on TikTok with his DIY and vintage content.