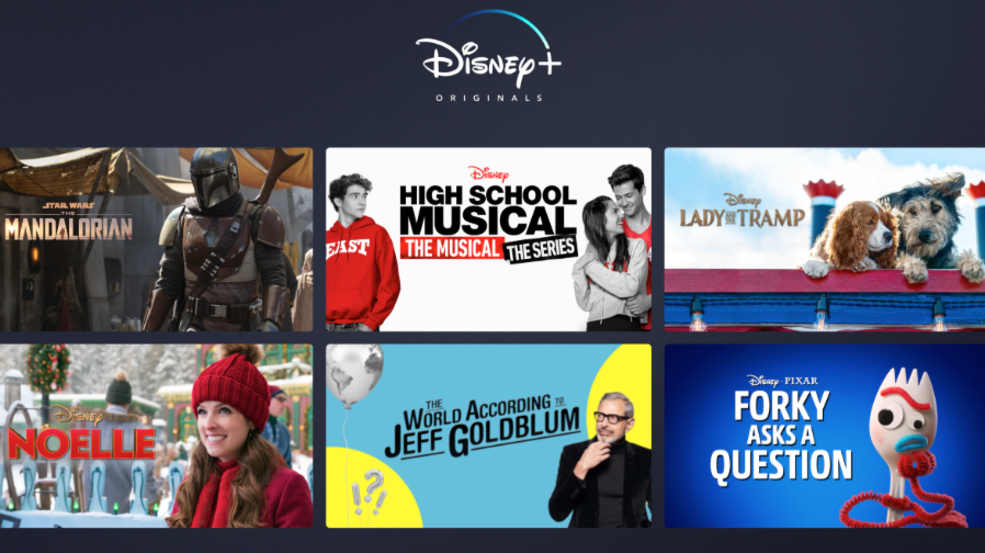 11 Disney+ films and shows we cannot wait to binge watch

I think we all knew it would eventually come, but my oh my, what an early Christmas gift it is to be welcoming Disney+ (Disney Plus), Disney’s brand new video streaming service. The countdown is on - it launches November 12, 2019 - have you subscribed yet?

I have and I am pretty certain that $6.99/month is going to be money well spent. I mean, Disney+ is nearly half the cost of a Netflix subscription. And the line-up of offerings does not disappoint! Disney+ will include many traditional Disney films and television shows in addition to Marvel, Lucasfilm (yes, that means Star Wars!), Pixar, and National Geographic. It’s not just things we’ve seen before, new full-length films, miniseries, and more will debut exclusive to Disney+ upon launch and within the first year.

Variety reported that according to Disney, in the first year of Disney+ subscribers will have access to 500 films, 7,500 episodes, 25 original series, and 10 original films and specials. I mean, who’s popping the popcorn, because it is obviously time to BINGE watch some Disney amazingness!

If those numbers don’t convince you that Disney+ is the new, must-have streaming service, let this introductory round up of films and shows appeal to your Mickey-loving heart

If you loved "Toy Story 4" - which will be exclusively available on Disney+ for streaming - get ready for 10 shorts of Forky fun.

I love a good documentary and "One Day" is sure to be a win. Probably the first thing I’ll watch! We see so much of the fabulous front of Disney, it’s going to be a real treat to hear stories and see footage from behind the scenes.

Live Action "Lady and the Tramp"

It’s always exciting to guess which live-action will be next and thanks to Disney+ a new one is coming before we expected! Upon launch, the classic tale of a proper pup and her unruly, lovable tramp will grace our screens.

"Honey, I Shrunk the Kids"

1989 was a long time ago and it has been ages since I popped this VHS in for a laugh. Thanks to Disney+ I’ll be introducing "Honey, I Shrunk the Kids " to my kids ASAP!

Giant confession. I’ve only seen one "Star Wars" film and I’m not certain which one it was. With a Disneyland trip on my winter agenda you can bet that I’ll be binge watching "tar Wars I-IIV" in preparation for visiting Galaxy’s Edge.

Hey hey Hayley Mills! We can’t wait to relive your 1961 self rockin’ the double life!

National Geographic takes us to places we may never see in real life via "Amazing Planet". Truly, one of my favorite shows to watch with my kids or in the background while I check email. We all learn so much!

Another documentary that is sure to see a long life. Marvel is finding real superheroes in kids who are making a difference in their communities and sharing their stories.

I can totally hear the theme song can you? No promises that I’ll watch every episode (although, I know my sister will!), but I’ll definitely dip into a segment or two.

A brand new holiday film starring Anna Kendrick as Noelle Kringle, sister to the Santa Claus heir, who is bound to save Christmas in just the nick of time. Grab a cup of eggnog and enjoy!

This is such a small sampling of what is to come. Bottom line though, Disney+ is going to be good! Subscribe ASAP so you can begin the binge on November 12th!