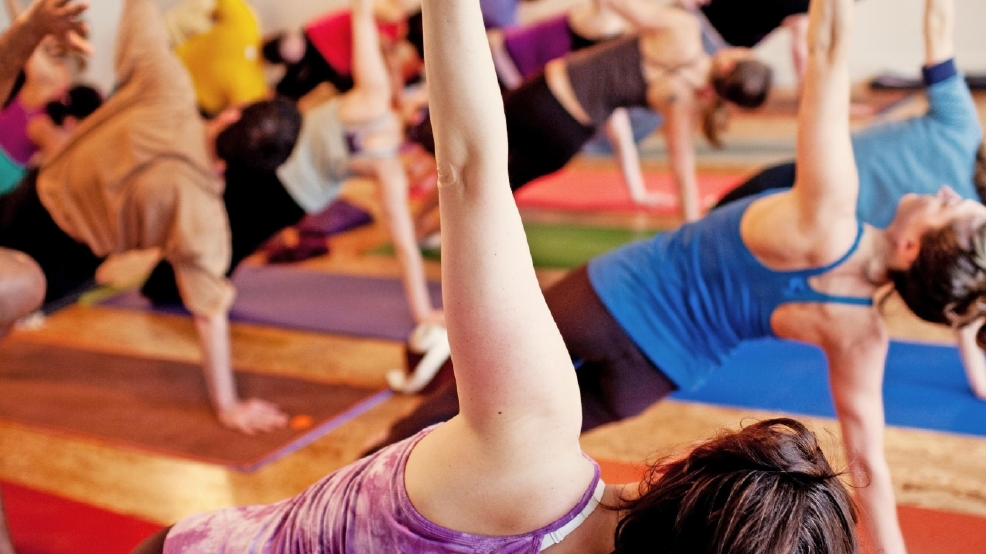 8 Things I Learned From Doing Yoga for a Week

By now, most people have heard about the extensive benefits of yoga. Like eating a lot of vegetables and drinking more water, yoga seems to be one of those things that is synonymous with healthy living.

Yoga helps you improve your flexibility, reduce stress, and balance your metabolism. It also helps you tone and strengthen your muscles and increase your endorphins. In short, yoga is the sh*t.

Even though I am a yoga fan, I have to admit, I never felt like I was a true yogi. I love going to yoga classes, but I usually never went more than once a week, if that.

Besides the ability to bend themselves into crazy pretzel shapes, I mostly envied the sense of peace yogis seemed to have, and their fluidity when moving from movement to movement.

I decided to try out truly devoting myself to yoga (for a week that is), by taking on a daily practice. Of course, I know really getting in touch with the practice requires a longer commitment. Nevertheless, I wanted to see if I could sense a difference in how I approached yoga even on this shorter time span.

I'm lucky enough to have several yoga locations near me, which definitely made the commitment easier. Doing a combination of at home yoga classes and courses at 8 Limbs Yoga in Capitol Hill, I successfully did yoga for seven days.

Here's what I learned after my week of happy baby, downward-facing dog, and tree pose:

Props, props, and more props. Before my week of yoga, I thought blocks and the occasional strap were all I really needed to get my yoga practice on. Boy, was I wrong.

I soon found out about a whole world of props including bolsters, blankets (lots of blankets), balls, and sandbags.

Props were essential in making certain postures easier, and helped me extend and deepen stretches. Now, I wouldn't want to do a practice without them.

All kinds of chants. Just like props, my weekly yoga practice was full of numerous types of chants besides your typical "om" at the end. While I didn't know any others, many of the regulars seemed to recognize them enough to sing along.

Listen to your body. I know, I know. This is a very yoga thing to say. But after a week straight of bending into various postures, I have to say it's spot on. Sometimes, I'd very easily get into a move that I was struggling with just the day before or vice versa. After awhile, I noticed I could kind of just tell when a posture "felt" right.

Don't push yourself too hard. Perhaps the opposite of a lot of other workouts, yoga is, as mentioned before, all about "listening to your body." In fact, at one point I tried to move myself into a harder version of the pose I was holding, and the teacher came around and told me not to stretch myself too much. Not that you shouldn't always try to improve on your posture and technique, but if you aren't able to do it that day, it's OK.

Meditation is the best. I don't know about you, but my favorite part of yoga class was always at the end when you got to relax and settle in to corpse pose (or savasana if you want the technical term). What I hadn't experienced before my week of yoga was extended mediation. Some classes I took involved lying still and meditating for around 15 minutes. Yes, I almost fell asleep at times.

Doing anything every day is hard. I knew working out every day for a week would be a challenge, but on some days it seemed almost impossible. Between work, random errands, plans with friends, and just eating dinner, there were times where I really wanted to cheat and skip. Once I made the effort to do the workout though, I didn't regret it. Luckily, I learned an extensive practice wasn't always necessary.

You don't need to do a 75-minute practice. When I first thought about committing to a seven-day practice, I was worried I'd burn out after awhile. I spoke with Anne Phyfe Palmer, Founder & Studio Director at 8 Limbs Yoga Centers, who assured me I wouldn't need to do a long session every day.

"If you're trying to establish a more regular practice, then it helps people to understand yoga can be done in five minutes," Palmer said. "If I do yoga for five minutes it will affect the rest of my morning, if not my day."

You do feel better. While I didn't necessarily notice any weight loss (it was only a week after all), I did feel happier and less stressed after my yoga practice. As I mentioned, I did feel stressed about fitting in my sessions at some points, but I never regretted making the time to do yoga. And, for times when I just couldn't make a class, a shorter at home workout was just as good.

Not sure if you can commit to a daily practice? Palmer recommends going to class with a friend or joining a yoga series to start.

To try out yoga yourself and learn more doing yoga regularly, check out 8limbsyoga.com.