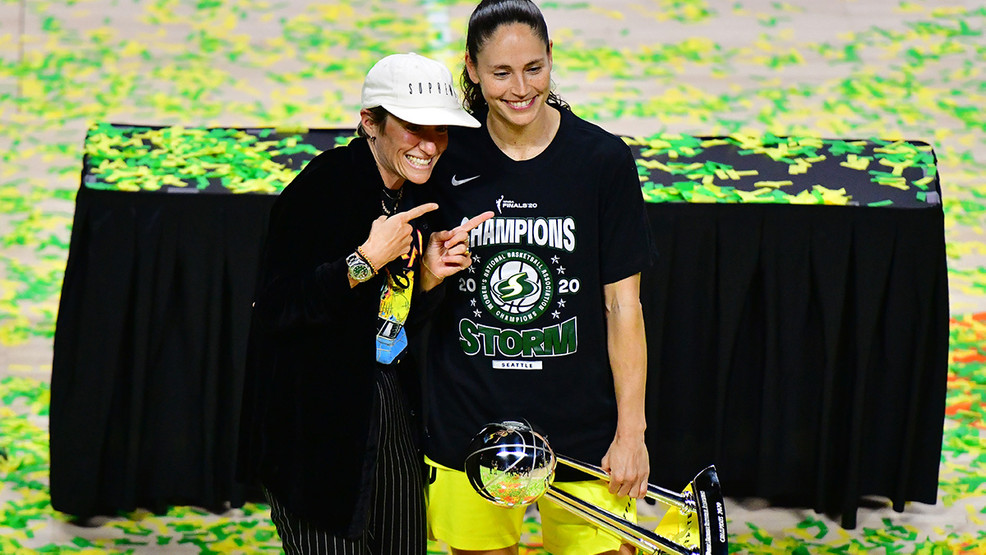 PALMETTO, FLORIDA - OCTOBER 06: Sue Bird #10 of the Seattle Storm poses with Megan Rapinoe after defeating the Las Vegas Aces 92-59 to win the WNBA Championship following Game 3 of the WNBA Finals at Feld Entertainment Center on October 06, 2020 in Palmetto, Florida. NOTE TO USER: User expressly acknowledges and agrees that, by downloading and or using this photograph, User is consenting to the terms and conditions of the Getty Images License Agreement. (Photo by Julio Aguilar/Getty Images)
SEE MORE

The couple became the first openly gay couple in ESPN's 2018 Body Issue. They started dating shortly after meeting each other during the 2016 Summer Olympics in Rio.

Bird is arguably the best point guard in WNBA history and has two national championships, four WNBA titles and four Olympic gold medals under her belt. As for Rapinoe, she's an international star who led the U.S. to a Women's World Cup title in 2015 and 2019 and gold at the 2012 London Olympics.